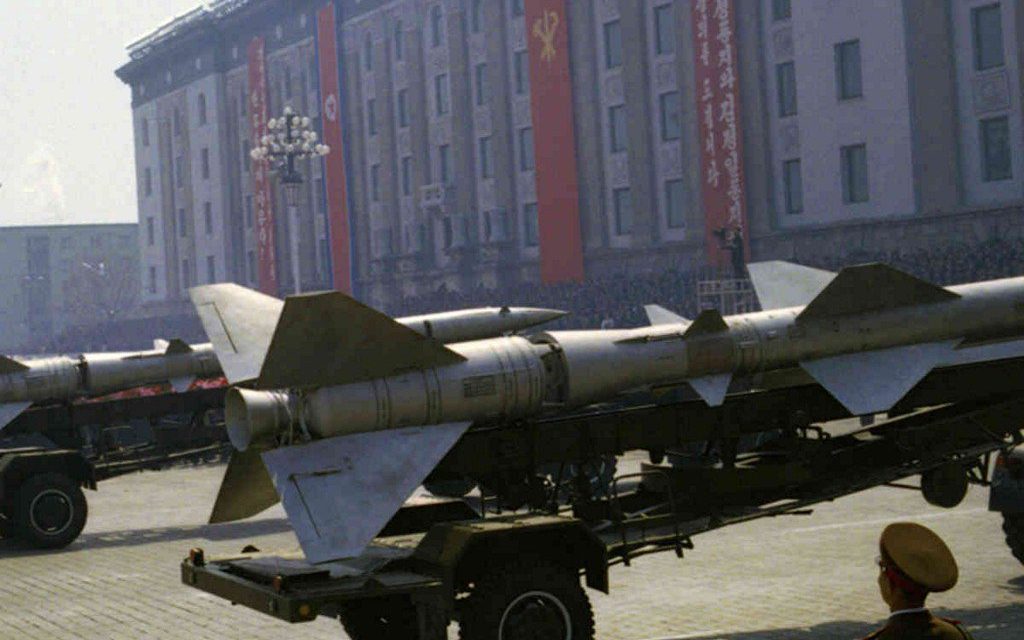 North Korean state media outlets on Tuesday warned of a nuclear attack on the United States in response to any sign of U.S. aggression or a pre-emptive strike as a U.S. Navy fleets steams towards the Korean Peninsula and unconfirmed reports of 150,000 Chinese troops massing on the Hermit Kingdom’s border.

North Korea warns of nuclear strike if provoked by U.S. warships: ‘We will take the toughest counteraction’ https://t.co/gZmjtfDpPg pic.twitter.com/vecwITUntl

North Korea’s official Rodong Sinmun newspaper said the rogue state was prepared to respond to any aggression by the United States.

“Our revolutionary strong army is keenly watching every move by enemy elements with our nuclear sight focused on the U.S. invasionary bases not only in South Korea and the Pacific operation theater but also in the U.S. mainland,” it said.

Responding to the United States’ recent airstrikes on a Syrian airfield, the newspaper also said: “The DPRK will increase in every way its military capability for self-defence to cope with the U.S. evermore reckless moves for a war and will defend itself with its own force.”

The Pyongyang Times also published similar rhetoric quoting a DPRK delegate, who declared on April 3 at the 2017 Meeting of the United Nations Disarmament Commission, that “instability and risks of nuclear war are growing worldwide as the US is recklessly building up its nuclear forces and other nuclear weapons states are following suit not to be outdone.”

“It is thanks to the DPRK commitment to peace and its tremendous nuclear deterrent for self-defence that peace has been preserved on the Korean peninsula despite the US’ nuclear war moves.

“As long as the US and its vassal forces persistently pose nuclear threat and blackmail and continue the nuclear war games masked as annual ones at the doorstep of the DPRK, the DPRK will as ever bolster up its capabilities for self-defence and preemptive attack with the nuclear force as the pivot,” he said.

“The world progressives are well aware that the annual U.S.-South Korean joint military exercises are aimed to mount a preemptive attack and stifle the DPRK,” it claimed.

WeAreChange reporters around the globe are closely monitoring this fluid and potentially volatile situation. Be sure to regularly check www.WeAreChange.org for updates.