Ashley Biden’s diary – over which Project Veritas was raided by the FBI last month – made its way to the whistleblower organization after Ms. Biden left her belongings at a friend’s house, where she was staying after completing a rehab program for addiction, according to the New York Times.

In the spring of 2020, as Joe Biden was in the process of clinching the Democratic presidential nomination, Ashley was living in Delray Beach, FL with said friend “who had rented a two-bedroom house lined with palm trees with a large swimming pool and wraparound driveway,” according to people familiar with the matter.

In June, however, Ashley visited the Philadelphia area as Joe’s campaign was ramping up.

“She decided to leave some of her belongings behind, including a duffel bag and another bag,” according to the report.

Several weeks after Ashley left the Delray house, the friend who hosted her invited an ex-girlfriend named Aimee Harris and her two children to move in. Harris, in the middle of a custody dispute and financial woes, appears to have been a Trump supporter according to ‘social media postings and conversations.’ She learned that Ashley Biden had stayed there, and that some of her things had been left behind, according to two people familiar with the mater.

So how did it get to Veritas? Most likely Aimee.

Exactly what happened next remains the subject of the federal investigation. But by September, the diary had been acquired from Ms. Harris and a friend by Project Veritas, whose operations against liberal groups and traditional news organizations had helped make it a favorite of Mr. Trump.

In a court filing, Project Veritas told a federal judge that around Sept. 3, 2020, someone the group described as “a tipster” called Project Veritas and left a voice message. The caller said “a new occupant moved into a place where Ashley Biden had previously been staying and found Ms. Biden’s diary and other personal items.”

The “diary is pretty crazy,” the tipster said on the voice mail, according to a Project Veritas court filing. “I think it’s worth taking a look at.” -NYT

Court filings reveal that Project Veritas bought the diary (though never published it), through an unnamed proxy identified as “A.H.” and “R.K.” – Harris and Robert Kurlander, a self-described venture capitalist, longtime friend, and former housemate of Harris. 27 years ago, Kurlander “pleaded guilty in federal court in Florida to a conspiracy count in a drug-related money laundering scheme” and was sentenced to 40 months in prison, per the Times, which added that the same case resulted in a guilty plea from David Witter – grandson of the founder of Dean Witter.

Days before the 2020 election, Kurlander tweeted: “Where are Biden’s two kids?” adding “Ashley and Hunter are disasters. Reflection of the parents.”

@realDonaldTrump @DonaldJTrumpJr where are Biden’s two kids ? Why aren’t they campaigning like your 4 kids? Your great awesome kids. You can tell a lot about the family by the children!!!!! Ashley and Hunter are disasters. Reflection of the parents. Joe !!!

According to the Times, Harris is “fully cooperating with the investigation and will remain responsive to the government’s requests for evidence and for her version of events,” according to her attorney, Guy Fronstin. “When the facts emerge it will be clear that my client has information relative to the investigation but no culpability.”

Veritas declined to publish the diary according to an Oct. 12, 2020 email included in a Project Veritas court filing, with founder James O’Keefe telling his staff that they decided to pull the story because “We have no doubt the document is real,” but that the publication of it would be “characterized as a cheap shot.”

That said, Veritas did attempt to use it as leverage – emailing Biden and his campaign to let them know that it had obtained a diary that Ms. Biden had “abandoned,” and wanted to interview Joe Biden on camera about bombshell allegations.

“Should we not hear from you by Tuesday, October 20, 2020, we will have no choice but to act unilaterally and reserve the right to disclose that you refused our offer to provide answers to the questions raised by your daughter,” wrote Veritas’ chief legal officer, Jered T. Ede.

Biden’s attorneys accused Veritas of threatening them as part of “extortionate effort to secure an interview,” and refused to acknowledge whether it was genuine. That said, they told Veritas‘ Ede that it should be treated as stolen property and that “serious crimes” may have been committed in obtaining it.

The Times also confirms the legitimacy of a report by National File’s Patrick Howley, who published excerpts from the diary on Oct. 24, 2020 – and the full diary two days later. While treated as potentially fake at the time, we now know that the contents are legit – including claims that Joe took ‘probably inappropriate’ showers with Ashley, and that she believes she was sexually molested as a child.

Entries in the diary include the author revealing she believes she was sexually molested as a child and shared “probably not appropriate” showers with her father, some that detail the author’s struggle with drug abuse and the author’s crumbling marriage with multiple affairs, along with entries showing the family’s fears of a potential scandal due to her brother’s new home, and those that show a deep resentment for her father due to his money, control, and emotional manipulation. –National File 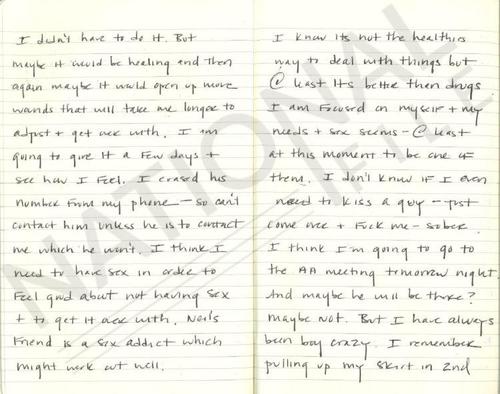 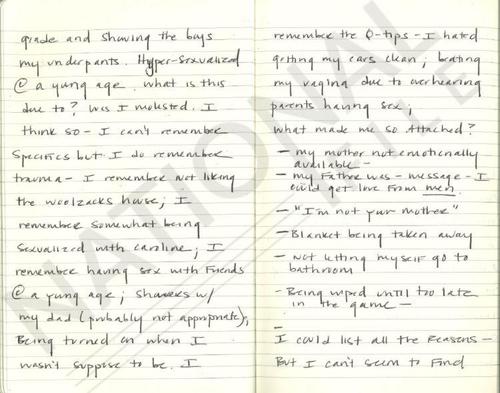 And while we hate to resort to whataboutism, can you imagine what the mainstream media would do if Trump’s daughter’s diary contained allegations of sexual molestation and ‘inappropriate showers’?

For now, we expect crickets.