A global program designed to offer vaccines to tens of millions of migrants has been holding back on jabs because major manufacturers and the NGOs fear lawsuits over harmful side effects, according to Reuters, citing internal documents from Gavi – the charity operating the program.

The legal concerns are an additional hurdle for public health officials tackling the coronavirus – even as officials say unvaccinated people offer an ideal environment for it to mutate into new variants that threaten hard-won immunity around the world. Many COVID-19 vaccine manufacturers have required that countries indemnify them for any adverse events suffered by individuals as a result of the vaccines, the United Nations says.

Where governments are not in control, that is not possible. -Reuters

As a result, less than two million doses have been provided from a ‘Humanitarian Buffer’ created by a global rogram known as COVAX, as the buffer has no mechanism to offer compensation.

According to Gavi, which operates COVAX in partnership with the World Health Organization (WHO), organizations actually administering the doses – primarily NGOs – can’t bear legal risks, and say that deliveries from the buffer can only be made if vaccine manufacturers accept liability.

According to the report, this leaves around 167 million people at risk of not receiving the jab.

Is it any wonder why nobody wants to accept legal responsibility for harm caused by the vaccines? 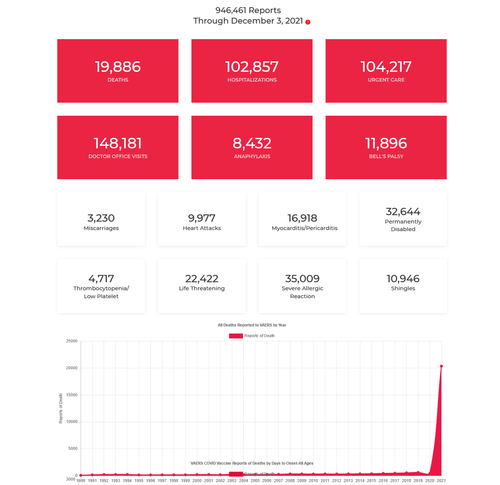 According to a Gavi spokesperson, vaccine makers’ refusal to take on legal risks is a “major hurdle” to delivering vaccines to the buffer program.

In September, Gavi CEO Seth Berkley implored manufacturers to ‘commit to greater transparency’ and to ‘waive requirements for indemnification for the humanitarian buffer.’

I called on manufacturers to commit to greater transparency on their order books and delivery timelines, and to waive requirements for indemnification for the humanitarian buffer, which is a lifeline to refugees, ISPs and those suffering in humanitarian emergencies worldwide.

So far, three Chinese drugmakers have done so – SinoVac Biotech, Sinopharm Group, and Clover Biopharmaceuticals. Johnson & Johnson has also agreed to waive a requirement for indemnity for deliveries from the buffer.

“We are proud to be part of this effort to protect the world’s most vulnerable people,” said Vice Chairman of the Executive Committee and Chief Scientific Officer, Paul Stoffels.

That said, these four companies constitute less than 1/3 of COVAX supplies, while Clover’s treatment has yet to gain approval and is not yet in use.

Defending big pharma is the International Federation of Pharmaceutical Manufacturers and Associations (IFPMA), which claims that “no company has refused to consider” accepting the legal risk, however they want to know where and how vaccines from the buffer would be used.

Meanwhile, the European Federation of Pharmaceutical Industries and Associations (EFPIA) says it would be difficult to provide continuous monitoring of vaccines for safety in refugee camps, while the logistics of delivering the doses is also very challenging.

“This could then lead to an increased number of litigation cases … during which the safety and efficacy of the vaccine would be publicly questioned,” the group told Reuters.