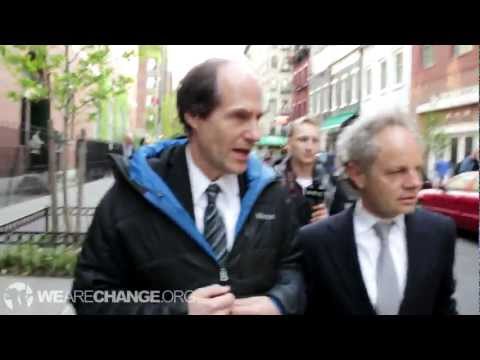 In a rare public appearance, The Obama Administration’s Information Czar Cass Sunstein gave a lecture at the NYU Law School in NYC yesterday, prompting Luke Rudkowski of WeAreChange to attend. Watch as Luke confronts Sunstein multiple times on an academic paper he co-authored back in 2008 entitled “Conspiracy Theories” in which he called for cognitive infiltration of conspiracy groups by the government.

You can download the paper for free here: http://ssrn.com/abstract=1084585