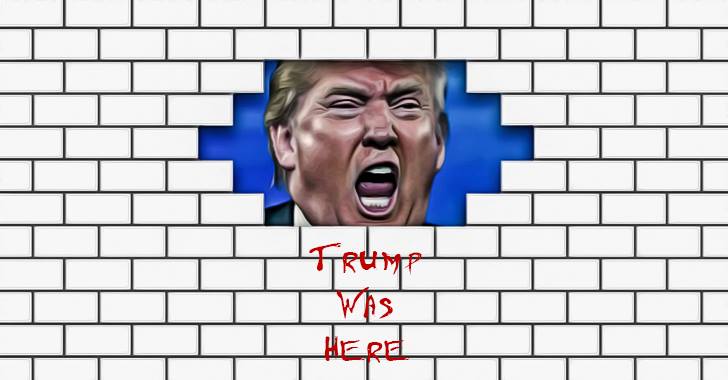 Article via The Anti-Media by Nick Bernabe

“We’re going to build a big, beautiful wall — and Mexico is gonna pay for it,” was one of Donald Trump’s campaign mantras. However, as Americans who don’t have political short-term memory loss will remember, politicians break promises once they’re elected. Such is the case with Trump’s promise to make Mexico pay for his “great” wall.

You’re paying for it, not Mexico, and Trump’s newly released White House budget has made it official.

The Trump budget blueprint, released late Wednesday, calls for taxpayers to fund $4.1 billion through 2018 for Trump’s wall along the southern border of the United States. But that’s just for the initial construction.

According to DHS estimates, the overall cost to taxpayers could be $21.6 billion, a figure that will likely be even higher considering the government’s penchant for going over budget and deadlines.

But wait, there’s more. Because Mexico has made it abundantly clear that it will not pay for America’s “great” wall, Trump has floated the idea of slapping a 20 percent tariff on all goods imported from Mexico to make up for the cost. This idea may sound legitimate if you disregard the laws of economics, but the reality is that Americans will wind up paying for the tariffs through higher food and consumer prices.

As Anti-Media reported in January:

In response to the proposed tariffs, Mexico stated it would return tariffs — or border taxes — on U.S. goods going into Mexico, which would hurt American businesses and workers. So basically, you’ll be paying for the wall twice, or possibly three times if you are employed or own a business that relies on exports to Mexico.

At a time when illegal immigration to the U.S. from Mexico has reached a 40-year low, and the supposed economic benefits of the wall are nowhere to be found (though its negative effects are already being felt), many people are likely left wondering if it’s even worth it.