90,000 gallons of oil spilled in the Gulf of Mexico and no one is talking about it 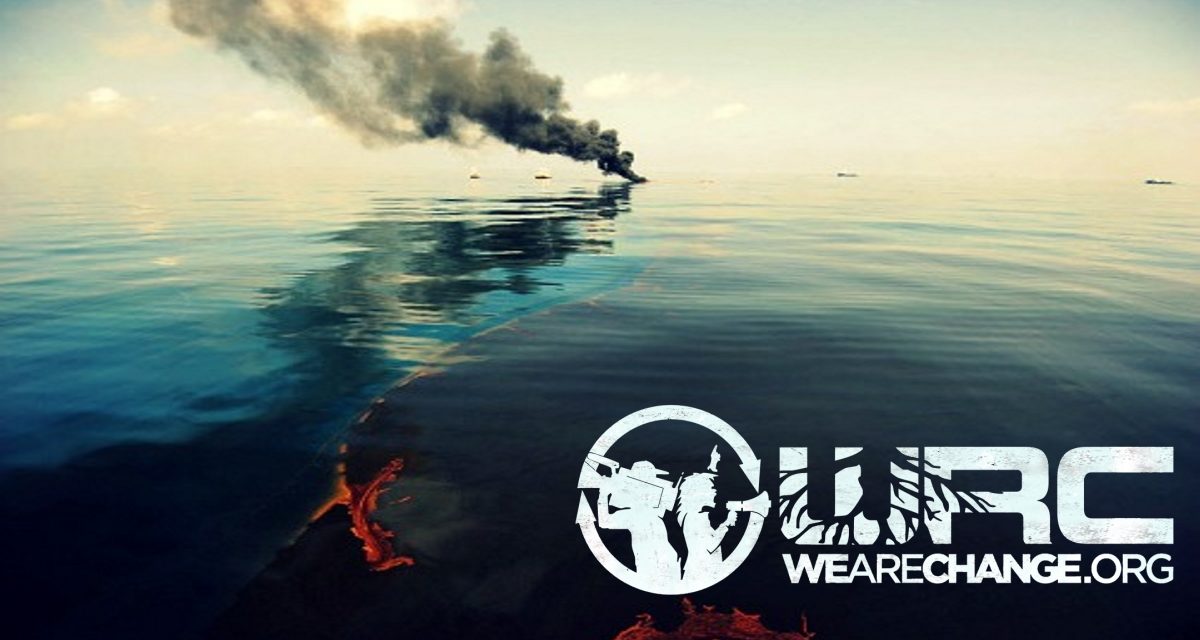 A Shell oil facility has leaked nearly 90,000 gallons of oil into the Gulf of Mexico, according to federal authorities. The spill has left a two-mile by thirteen-mile sheen in the Gulf, approximately 165 miles southwest of New Orleans. A helicopter first noticed the spill near Shell’s Brutus platform on Thursday morning, according to Shell spokeswoman Kimberly Windon.

“There are no drilling activities at Brutus, and this is not a well control incident,” Windon told the Associated Press. Instead, authorities believe the leak came from a release of oil from subsea infrastructure, from a line connecting four wells. According to the Wall Street Journal, Shell had dispatched boats Friday to begin cleaning up the spill.

“We are working with the United States Coast Guard and the National Oceanic Atmospheric Association to define the best approach to contain and clean up the sheen,” Windon said.

According to the United States Coast Guard, the leak has been secured, and the Bureau of Safety and Environmental Enforcement is reporting no injuries from the spill.

Local activists, however, are unconvinced by reports that the spill is over. The spill occurred a little less than 100 miles due south of Lousiana’s Terrebonne Parish, which is home to one of the country’s largest communities of Houma Native Americans, who still depend on subsistence lifestyles. If the spill impacts marine life, or washes ashore, it’s likely that these communities might be some of the first impacted.

“You sit down for dinner and you watch the news and you see another spill with tens of thousands of gallons of oil and reports that no one is hurt or the leak has stopped and you know, just from experience, that that’s probably not true,” Colette Pichon Battle, executive director of the Gulf Coast Center for Law and Policy, told ThinkProgress “Who is really going to be hit? It’s going to be our Native American communities that live on, and depend on, the coast. It’s going to be the poorest people on the coast that depend on the ecosystem to be healthy.”

The spill comes just days before Battle and others are set to travel to Washington, D.C. for a rally to stop offshore drilling scheduled for Sunday. Organizers expect the event — which will include a march from the White House to the Lincoln Memorial Reflecting Pool — to draw more than a thousand participants from communities along the Arctic, Atlantic, and Gulf coasts.

Participants hope that the rally will encourage the Obama administration to reconsider allowing offshore drilling in the Gulf and the Arctic under the administration’s new five-year leasing plan. The plan has taken Atlantic drilling off of the table, largely in response to community opposition, but would still allow oil permits in the Arctic and the Gulf.

Battle noted that the spill occurring just days before the rally simply underscores the dangers that offshore drilling can pose to local communities.

“You see this [spill] happening right now, and then you read the federal government’s five-year plan to do more drilling, more exploration, and lease off more land,” she said. “If you live in south Louisiana, you know that’s going to mean more spills.”

In 2010, a BP oil rig exploded in the Gulf, killing 11 men and releasing some 4.2 million barrels of oil into the water in what would become the largest offshore oil spill in history. BP was eventually ordered to pay a $20.8 billion settlement, along with another $4 billion settlement resulting from a federal criminal probe. Thanks to the U.S. tax code, however, BP can classify up to $15 billion of that as a “business expense,” potentially saving the company as much as $5 billion.