Ones Transformation Into Awakening

“i had the right to remain silent, but i didn’t have the ability.” — Ron White

let me tell you a little bit of my story.
i came to new york city to pursue my dreams. fame, glamour, lights, glory. and with my MTV and VH1 debuts earlier this month, and my television broadcast premiere last week, you might think that that’s exactly what i’ve been focused on. the reality, though, is quite different.

i’m happy for the success and continue to push my work out into the world, but since arriving in april my world has shifted inexorably by the truth i’ve discovered through untold hours of internet research and reading. i spoke about some of the subjects of my research in the interdependence imperative but as my awareness has grown on these issues of dire concern, it has become more and more definitive that all the sick madness of the world is simply the symptom of a plan so sinister that most people will laugh when i say what it is: that we are being exterminated.

my apologies to the light of heart. my apologies to those for whom this presentation is too blunt and jarring; i wish for the skillful means to be able to relay the dangers which ensnare us and the imperative to act swiftly and with conviction to all. but i have always lacked the ability to dumb down the truth. for those of you who are listening, please hear me and make no mistake: the time to act is now, at this moment, in every aspect and sphere of your life. you must take action, you must protect yourself and those you love, and you must do your best to keep the dignity and brightness of your human spirit above the waves of precipitous darkness.

but what am i talking about?
one need look no further than the elite’s policies vis-a-vis the basic elements of life to confirm the conspiracy i had mentioned. there is perhaps no clearer evidence of the plot to destroy human life than the fluoridation of water and the fact that nazi germany put this into practice in the concentration camps of world war II.
besides being labeled a toxic waste by the FDA, there are numerous studies which confirm fluoride’s link to cancer, brittle bone disease, brain damage, and immune deficiency. but what is most interesting about fluoride’s effect on human physiology –and what must have been the most enticing to the champions of the Third Reich– is that it clouds mental ability, lowers i.q., and weakens mental resolve. it makes people lazy. it makes them dispassionate. it makes them unable to muster their strength for action.
does it make more sense now, when you hear the plight of the world and perhaps shrug your shoulders and wish you would do something, but come up with nothing? might you read these words and go back to life-as-usual?

i’m sorry to say, but very soon there won’t be any life-as-usual. besides our water, the government has been spraying carcinogens and virulent bacteria en masse into the atmosphere. clearly distinguishable from from regular aviation contrails, these operations are known popularly as chemtrails. this is quite simply biological warfare being practiced on the american people and abroad.

our food systems have been hijacked by giant agribusiness monsters. genetically modified organisms (gmos) are now in 70% of our food products. the effect of this altered dna is never tested on human beings. (see here for studies on butterflies by hungarian scientists).
our food is becoming ever-increasingly low in nutrition. products such as high fructose corn syrup and aspartame, a known neuro-toxin, are everywhere in foods. these toxins, along with gmos, are introduced to the food supply through the revolving-door dynamic of the fda and other food regulatory bodies within government and the ceos of big agri and big pharma corporations. (see food, inc; the future of food; and the world according to monsanto for more.)
the mother of all food genocide schemes is called codex alimentarius— a world trade organization-backed global food control system. codex will do such things as make vitamins, minerals, and herbs illegal; reintroduce 7 of the 11 most deadly persistent organic pesticides (like ddt) back into the food supply; eliminate food labeling, thereby killing organics; and by the wto’s own projections, codex will result in the deaths of 2 billion people by the vitamin and mineral guidelinealone, 3 billion including the preventable diseases from malnourishment which will result from this guideline.

do you understand what’s happening? this is genocide. this is apocalyptic.
don’t take my word for it, do your own research. but certainly do something. the times where you can roll over and wish you could or would do something about it are soon over. the problems are going to start coming to you now.
i’m not telling you this to be scared. i’m telling you this because if you’re anything like i was, or i think most educated people are, you are aware but you’re not activated. we need to turn-on and resist this flow. we need to support the direction of The Venus Project along with The Zeitgeist Movement and other models for social redesign and social change. in the transition phase we can support groups like We Are Change and infowars.com which propagate the truth. and all the while we can cultivate our compassion and awareness through groups like Shambhala, a branch of buddhism which encourages self-awareness and warriorship through non-denominational mindfulness practices such as meditation.

i chose to focus on food, water, and air today as they are the most basic life supports, but unfortunately there is a harrowing litany of threats in the economic, environmental, political, social, military, medical, and media spheres to uncover.
for the foreseeable future, i will use this blog as a sounding board for disseminating the independent media source material which has brought me thus far. i’ll present the main issues along with various sources which back up the claims or legitimize the problem. for those of you curious to dive in, my playlists page on youtube is now exclusively dedicated to this cause, as well as my favorites page, where there are clips which are generally less comprehensive, though more compact and powerful.

i love you, and please know that we will survive this. the more people that awaken and begin to work against it right now, the less the damage will be done.
we will rebuild this earth and it will be great.

yours in the fight,
KID AKIMBO 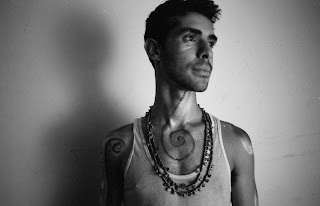