Talks of COVID immunity cards have certainly been a hot subject in the last several weeks from high-ranking Western officials. It could be the means to reopen crashed economies seen across Europe and the US.

“Can you imagine a time where Americans carry certificates of immunity?” Camerota asked Fauci during an interview Friday.

“It’s one of those things that we talk about when we want to make sure that we know who the vulnerable people are and not.”

Dr. Anthony Fauci: “Within a period of a week or so, we’re going to have a rather large number of [antibody] tests that are available.”https://t.co/Klsiktp7fq pic.twitter.com/9LdH5CHOFc

He continued, “This is something that’s being discussed. I think it might actually have some merit, under certain circumstances.”

The rollout of immunity cards would be dependent on the success of antibody testing, which could be unveiled in April:

“If their antibody test is positive, one can formulate strategies about whether or not they would be at risk or vulnerable to getting re-infected,” Fauci said.

We noted the proposal of immunity cards first appeared in Europe, with Germany, Italy, and the UK all calling for some form of documentation that would allow people who were immune to the disease to travel freely. Imagine stepping into an airport, and an official says, “papers please!” – while referring to a passport, you might also need your COVID immunity card.

Talk of these specialized health passports surfaced in American politics several weeks ago when House Democratic Caucus Chairman Mike Stewart called on Tennessee Gov. Bill Lee to implement an “Immunity Certificate” for first responders and healthcare professionals. Last week, Senator Bill Cassidy pitched the creation of an online registry that would help to identify who tested positive and negative.

And for more confirmation that immunity passports are going to be the next big thing in the Western world, or maybe across the globe. Here is Bill Gates on March 24, giving a 50-minute interview to Chris Anderson, the Curator of TED, the non-profit that runs the TED Talks.

Right at 34:14, Gates discussed how the future in a post-corona world would be. He said:

Eventually what we’ll have to have is certificates of who’s a recovered person, who’s a vaccinated person…

…Because you don’t want people moving around the world where you’ll have some countries that won’t have it under control, sadly.

We’ve noted, immunity passes and “intermittent lockdowns” could become a reality in the months or quarters ahead and last for some time -– as the virologists at JPMorgan believe the virus could unfold in several waves, similar to 1918 Spanish flu pandemic. 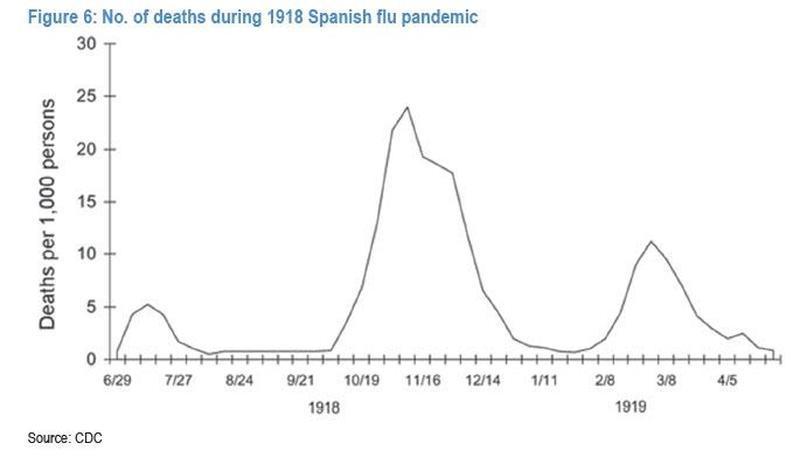 “Here, JPM believes that next waves could be at a smaller amplitude with lower mortality rate potential compared to the current first wave. This is due to (1) strong risk awareness among stakeholders; (2) faster government response potential at the infection tipping point; and (3) enhanced risk manual at the containment stage. However, even a substantially reduced amplitude of wave 2 (and 3 and 4), suggest that ongoing economic shutdowns will be a recurring feature of life for quarters if not years!” we said last week.

And as Gates said: “So eventually there will be this digital immunity proof that will help facilitate the global reopening up.” It appears Fauci and Gates are on the same page.

In a post-corona world, the surveillance state will thrive as your freedoms erode. Big Brother is watching you, and the new means of control is through immunity cards.