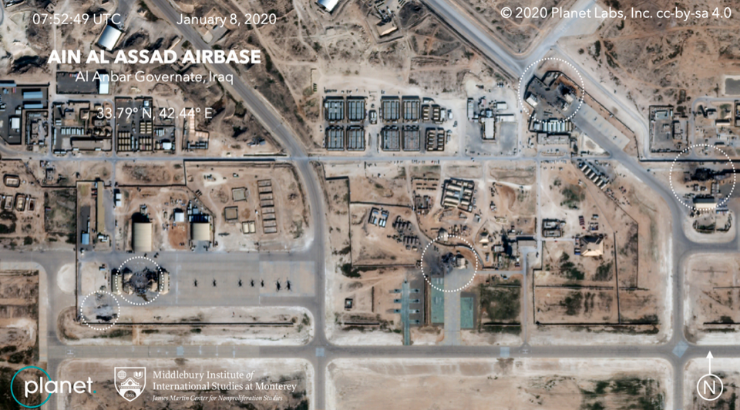 In the latest major revelation contradicting the White House and Pentagon significantly downplayed casualty count regarding the Jan.8 Iranian ballistic missile attack on Ayn al-Asad airbase in Iraq, The New York Times is reporting that a total of 34 American soldiers have been diagnosed with serious head injuries ranging from concussion to traumatic brain injury.

Pentagon spokesman Jonathan Hoffman confirmed the much higher number Friday, after only a day ago the official toll stood at eleven after an initial Jan.17 statement, with at least eight of those which were considered serious enough to transport to a hospital in Germany. Hoffman said up to half of the 34 have already returned to their military duties, however, and 17 are still under medical observation.

While previously fielding questions at Davos on Wednesday, Trump downplayed what he likened as mere “headaches” when pressed about the issue and the administration’s evolving narrative, which initially emphasized “no US casualties” as a result of the Iranian attack. Trump explained at the news conference his view that the injuries were “not very serious,” and added that “I heard they had headaches.” This prompted some veterans groups to reportedly say Trump is “somewhat out of touch” with the seriousness of it.

Addressing what’s clearly been an evolving narrative which actually began with the administration claiming “no casualties” immediately following the rare Iranian attack which was in response to the Soleimani killing, the Pentagon spokesman said: “The goal is to be as transparent, accurate and to provide the American people and our service members with the best information about the tremendous sacrifices our war fighters make.”

He told reporters further on Friday: “This is a snapshot in time, what he wanted to make sure is that you’re provided with the most accurate numbers.”

‘THEY HAD HEADACHES’: President Trump told reporters injuries sustained by several U.S. service members airlifted from Iraq after the Iran missile attacks were “not very serious” compared to combat injuries he’s seen that have resulted in lost limbs. https://t.co/2UHJ5xQXUq pic.twitter.com/kKSbMOrXTL

But certainly reporters and the American public will be scratching their heads on this claim the DoD desires to provide “the most accurate numbers”.

The U.S. casualty assessment has literally gone from zero to 11 with a few “headaches”—to 34 with traumatic brain injuries.