The still technically experimental COVID mRNA vaccines will soon be approved for children under the age of 5 – something Dr. Anthony Fauci has repeatedly warned was only a matter of time – as Pfizer has just confirmed that it has submitted data from its experimental trials on young children, toddlers and infants to the FDA for review.

The Washington Post reported Tuesday that Pfizer expects jabs to be approved and made available for the youngest Americans by the end of the month, and that the company is submitting its data to regulators on Tuesday. The data would cover patients between 6 months and five years of age.

According to WaPo, the FDA has been urging the company to hurry up and hand over the data. Even CNBC’s Meg Tirrell noted that “this is a much quicker timeline than we had anticipated last week”.

Perhaps the rush is because this thing will be over soon… and along with it all the money-making opportunities?

As a reminder, Pfizer’s vaccines initially didn’t generate a strong enough immune response in children between the ages of 2-4, forcing the company to go back to the woodshed and alter the vaccine for children.

Children are much less likely to die from COVID than even a healthy adult. CDC Data has shown that children make up less than 0.1 percent of Covid deaths since the beginning of the pandemic in March 2020. 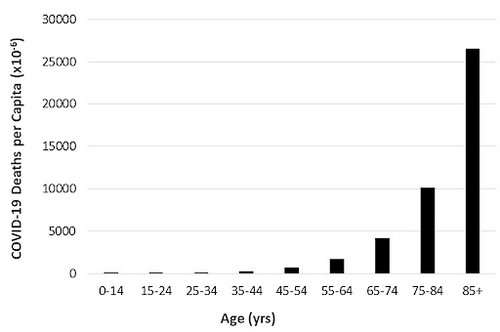 While the MSM acted like the news was some major surprise, just last week, Fauci suggested that he wants to see the FDA authorise the vaccines for toddlers within a month.

“My hope is that it’s going to be within the next month or so and not much later than that, but I can’t guarantee that,” Fauci said during an interview.

“I can’t out guess the FDA. I’m going to have to leave that to them,” he added (though the doctor has repeatedly clarified that he’s not personally involved in the approval process).

A Biden administration reportedly assured WaPo that there’s nothing to fear about speeding up the vaccine’s approval for children. After all, there is “a consensus” among health officials in “seeing this move forward.”

With Pfizer’s data in, it’s likely that Moderna, its one (and only) rival in the mRNA COVID vaccine space, will soon follow suit, with FDA approvals now merely a formality.

But the question of safety remains, even if it no longer matters to the FDA.

Researchers have found that young patients have reported higher-than-normal adverse reactions to vaccination, including much higher incidences of suspicious deaths post-vaccination, enough to be reflected in the VAERS data.

Additionally, studies have questioned the risk-benefit trade-off of vaccinating the extremely young:

“For children the chances of death from COVID-19 are negligible, but the chances of serious damage over their lifetime from the toxic inoculations are not negligible,” the authors wrote in the paper, titled “Why are we vaccinating children against COVID-19?”

Finally, this push is coming as WHO’s Chief Scientist says that that “there is no evidence right now that healthy children or adolescents need boosters. No evidence at all.”