Premature Media Speculation: Calling the Shots Too Soon In Vegas 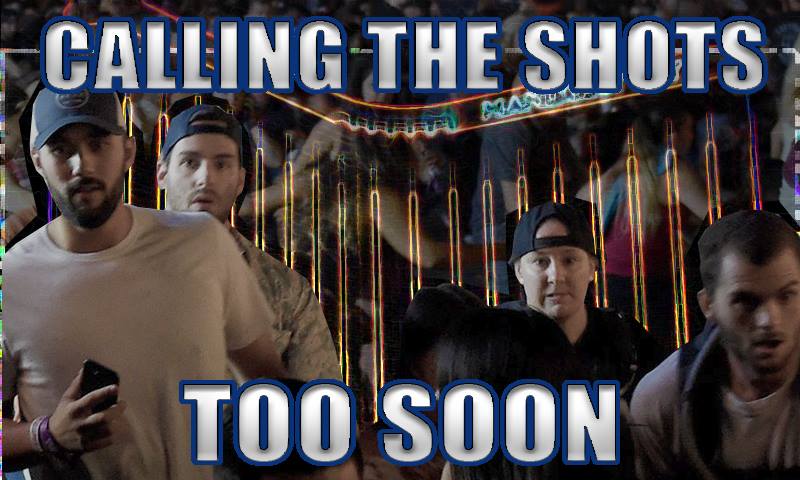 Greetings amazing humans.. I wanted to share some of my thoughts on the recent mass shooting in Las Vegas, as well as some additional info.

It feels like the worse a national tragedy is, the worst comes out in people. Of course, I’m talking about the hundreds who are injured, and the dozens who are no longer with us just because they went to a concert in Las Vegas.

This video is available on d.tube here.

I’m very carefully trying not to offend or hurt anyone in this time of mourning, trauma, and pain. Which is something many people in both the MSM and indie-media haven’t been doing. They deserve to be called out as the cancer on society that they are.

What happened in Las Vegas is a horrific national tragedy, and people still try to make it all about themselves. We also see a lot of nitpicking of information like the tweet that said that the shooter supposedly shouted “Trump.”

You may have heard that many people on the left were saying a white supremacist Trump supporter committed these heinous acts. We have major news organizations blaming White American men calling them “a bigger domestic threat than Muslim foreigners.” 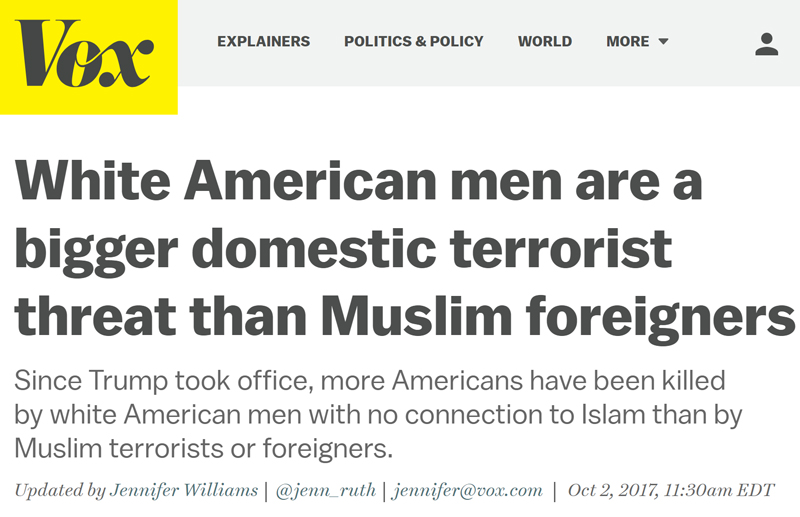 Politicians and pundits, of course, see this suffering and yet, they still want to “Never let a good crisis go to waste”- using it as a platform to push their political agenda.

Hillary Clinton contributed a huge facepalm moment to this, showing a complete lack of hindsight, saying “We must put politics aside” but in the same sentence said, “and stand up to the NRA.”

Very few of the details of the shooting were out at the time of her tweet!

Many of the loudest voices out there are the ones most disconnected from the emotional suffering going on. Like one of the top executives at CBS, who said that she had no sympathy for the Vegas victims as they were as she puts it- “country music fans who are often Republican gun-toters.” 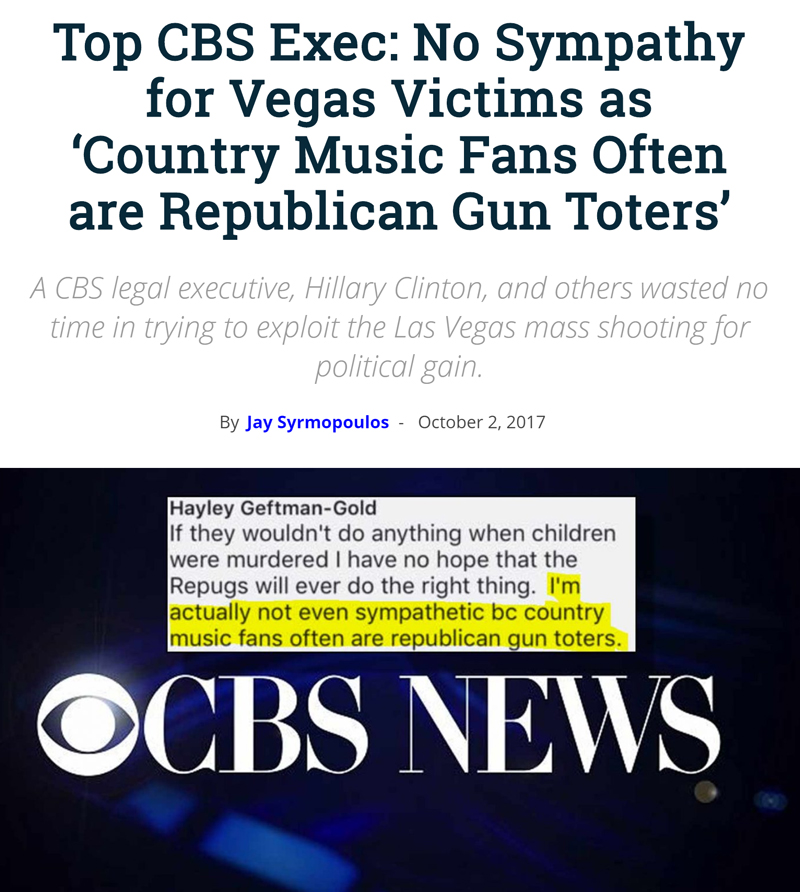 Now, of course, she was just fired because of those public comments that she made on her Facebook page. The delusional reports don’t just spew out from the left side; it’s also the right… It’s the same crap every time. This narrative that fits perfectly into the fear-mongering that some right-wing news organizations have been pushing for years. 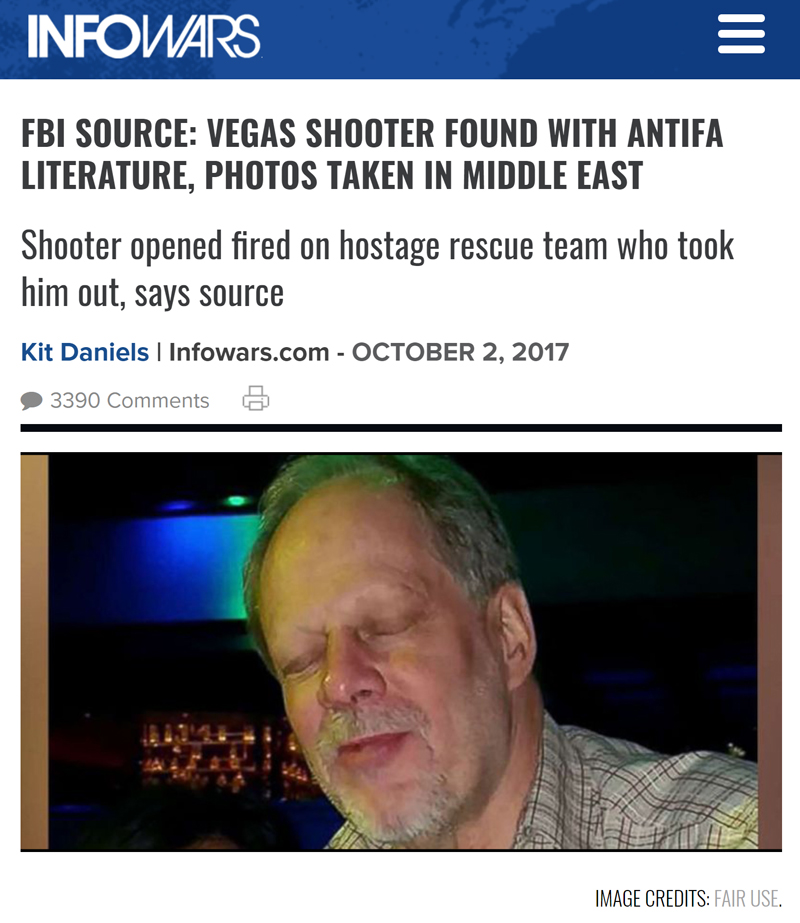 Where does the information come from?

Who puts their name behind the baseless claims that this was an Antifa ISIS member?

What evidence did they have?

Surprise~ it’s a “Deep level intelligence insider.” An anonymous source is not providing any evidence but very conveniently providing this supposed news organization with info on the boogeyman of all boogeyman.

Boogeymen that combine in order to scare the crap out of you and works conveniently with the business model. A business model that is mainly “keep fear-mongering about impending disasters, then selling you survival products.” The entire article bases everything off of their first premise, which is that the Las Vegas Police Department lied. That this horrible human being didn’t kill himself but was shot and killed by police during a raid. They even have a screenshot of the communication that happened on the police scanner and put a gunshot in the official transcript.

If you listen to to the actual audio of the police scanner the gunshots weren’t there. You don’t hear a gunshot, or a police officer saying “shots fired suspect down.” They claim that two officers were injured because of a shootout meanwhile the two Las Vegas police officers were struck when the madman was shooting from his window.

During these traumatic events, it’s almost impossible to know who’s telling the truth because the majority of TV personalities and the media are jumping the gun and making sure that they get enough clicks and ad revenue.

During all of this, of course, everyone is desperately trying to find out what happened. They’re shifting the blame on either Antifa, white supremacist ISIS members, or NRA members.

There have been many different theories so far, but it’s important for you to understand the agenda and what people have to gain from these accusations.

Most importantly is that they’re doing everyone a huge disservice and hedging their bets so they could be right, and hope that people will forget about their misrepresentations in the future.

Honestly, the government doesn’t have the best track records for telling the truth during these major violent public events. Unlike the personalities in the media, whose motives are most often fame and profit, the government usually does it to hide their incompetence and/or compliance.

ISIS has tried to take responsibility for the shooting, even though the suspect is a 60+-year-old white grandfather that the FBI said had no connections to terrorist groups. There’s no evidence for these claims at all with ISIS having a long history of bragging about perpetrating attacks that they had no part in.

We also heard from the brother of the suspect (which means you should take his comments with a grain of salt).

The authorities are also having a hard time coming up with a motive behind this heinous crime. 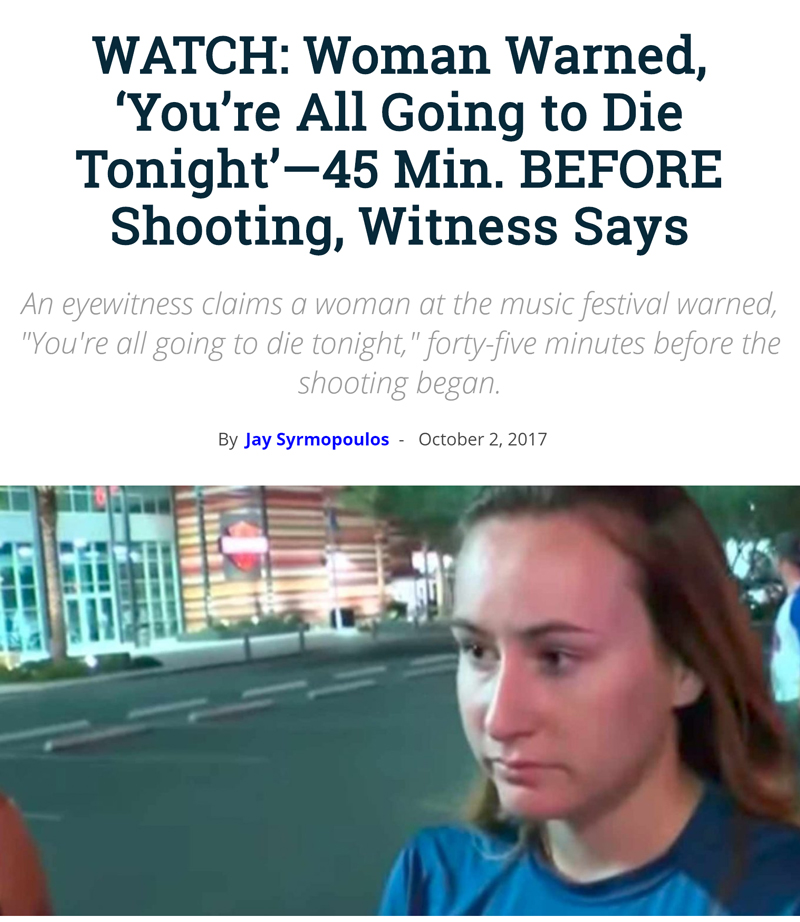 One of the eyewitnesses there was a woman who said she and other concert-goers near her were warned of an attack 45 minutes before it happened. She was told that “You’re all going to die tonight.”

We know the suspect was a pilot with two planes. We also know now that he had been a government worker in different positions for over 10 years. 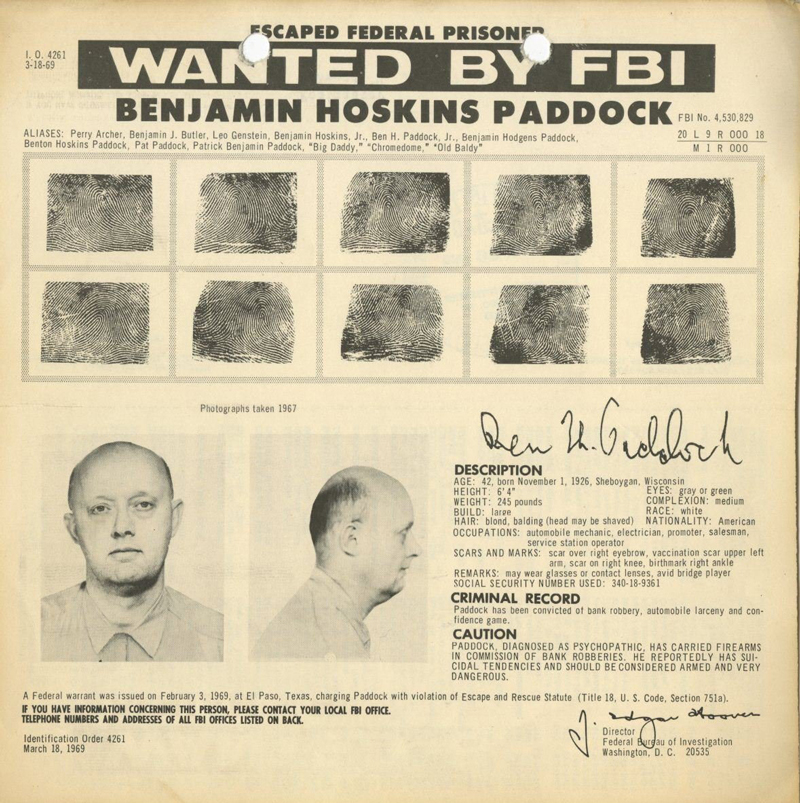 His father was reportedly an armed robber on the FBI’s most wanted list. He allegedly had suicidal tendencies and at one point was considered armed and very dangerous. We’re also hearing that the suspect worked for the predecessor of Lockheed Martin, the world’s largest defense contractor and that he recently made large gambling transactions, sometimes gambling between $10,000 and $30,000 per day at different Vegas casinos. He has had major lawsuits with some of these casinos.

Government and authorities were being very tight-lipped about what they’re finding out. They say it’s an ongoing investigation. It’s impossible for me or anyone in the media business to tell you with absolute certainty if it was one group or another. If I were just totally speculating and taking things out of my buttocks, which I’m not and I refuse to do. The truth is more important than ad revenue!

We are supported by you and you alone. I love you guys. Thank you so much for allowing me to have this incredible opportunity.