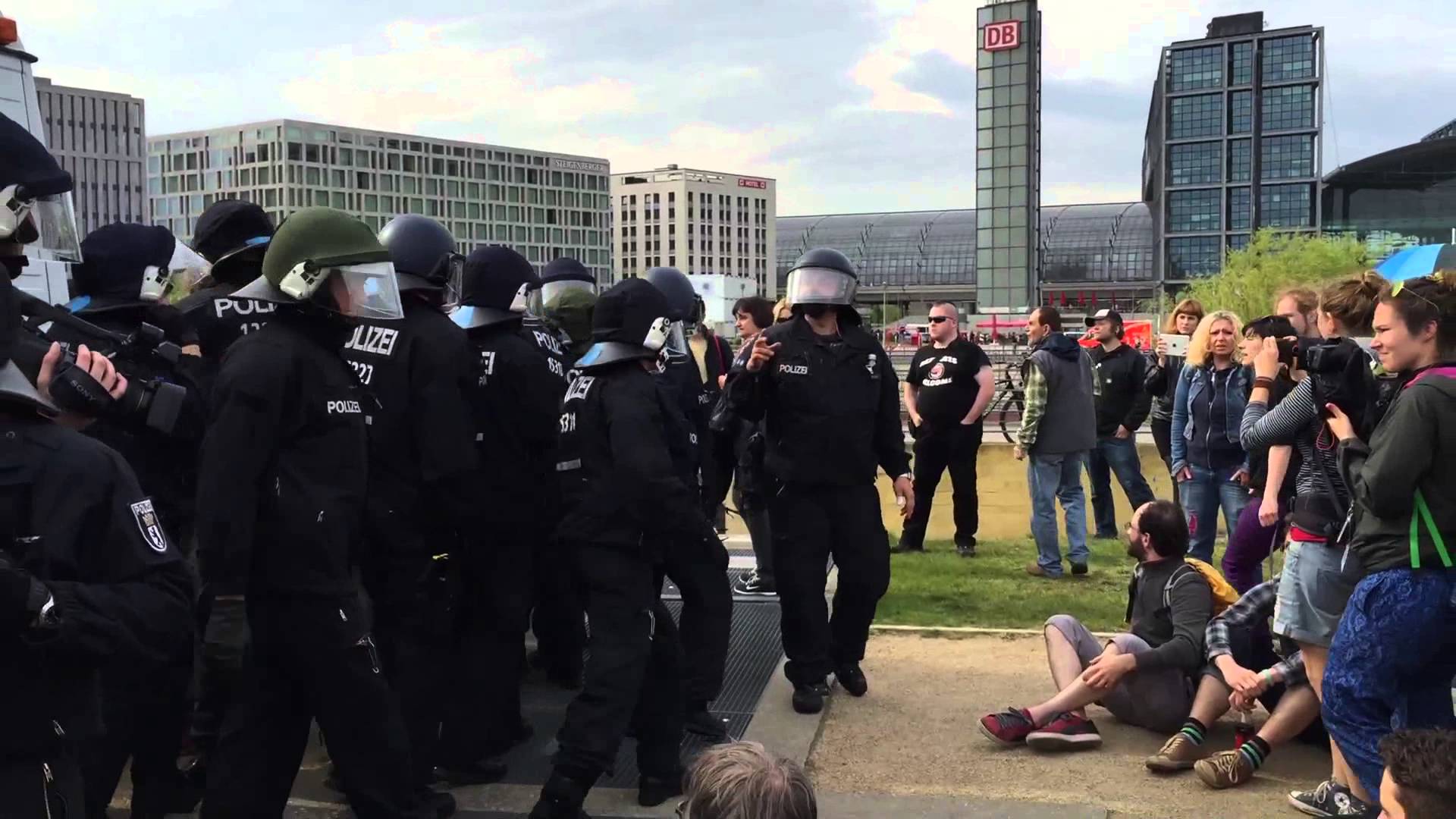 A Pro-Nazi group of around 200 people demonstrated outside of Central Station yesterday afternoon. This group was made up of Fascists with the ideology that Germany should remain all white, they still believe in the philosophies that Hitler gave to the country many years ago. These feelings are deeply rooted in hate with ideas of segregation, and white power. This can be compared to how racism still exists in America and is becoming a predominant issue right now as seen with all the recent killings by white police officers against the African American community.

Directly across the canal in front of Central Station a second group of around 300 protesters formed to counter-protest the pro-Nazi demonstration. This group was made up of Anti-Fascists and members of Schwarzer Bloc (Black Bloc). They believe strongly that Germany shouldn’t have any borders and should allow refugees inside their country while allowing them a path to citizenship and opportunities that could help them.

They are also against racism and segregation, chants could be heard saying “Good night white pride” and “Law and order no more borders.” Police had checkpoints setup all around Central Station which made it hard for non-demonstrators to get around, many of them having to detour and find alternative ways inside Central Station to find their trains. The police only allowed press inside the main areas of the protests to protect the pro-Nazi demonstrators and Anti-Fa demonstrators from reaching one another, which would surely have caused a clash.

The police were seen punching protesters, slapping protesters sitting in front of a police van, putting a woman in a headlock and even I was tackled by a police officer from the side for what I can only assume was for being too close to the situation but I was quickly helped up by the protesters and kept filming. After the scuffle was over and the overall intensity in the atmosphere calmed down it was announced over the PA system of the Anti-Fa demonstrators that all of the people arrested were released, this was followed by cheering.