Reforestation Drones Will Plant 40,000 Trees This Month With 1 Billion Goal Set for 2028

As the world continues to witness warming climate conditions, there has been a frightful uptick in massive wildfires from California to the Amazon rainforest and the Australian bush.

And as the world’s forests burn to the ground, this creates a dilemma not only for wildlife habitats but also for us humans – because trees help absorb and store carbon dioxide, they are one of our basic lines of defense against global warming.

However, a Canadian startup has set the lofty goal of using drones to plant a billion trees by 2028 – and in the process, the company hopes to revolutionize the manner in which the process of reforestation is tackled.

Flash Forest plans to deploy its revolutionary new technology to identify the best planting sites on fire-scorched land just north of Toronto where it can begin firing specially designed seedpods into the ground. The pods consist of germinated seeds, fertilizer, and a proprietary blend of “secret” ingredients, according to Newsweek.

A spray drone would then cover the area with nutrients such as nitrogen, helping the seedlings to grow, before mapping drones are sent later to monitor progress.

The company hopes to plant at least 40,000 trees in the Toronto region this month alone. Later this year, Flash Forest will also plant up to 300,000 trees in Hawaii.

And while people are capable of planting around 1,500 seed pods by hands, per day – requiring a hectic pace, without a doubt – Flash Forest’s drone solutions are apparently capable of planting 10,000 to 20,000 at present, with the company hoping to eventually be able to plant 100,000 a day.

And not only is the process far less intensive in terms of manual labor required, but it’s also far cheaper at around 50 cents per seed pod – about 20 percent cheaper than traditional planting techniques. 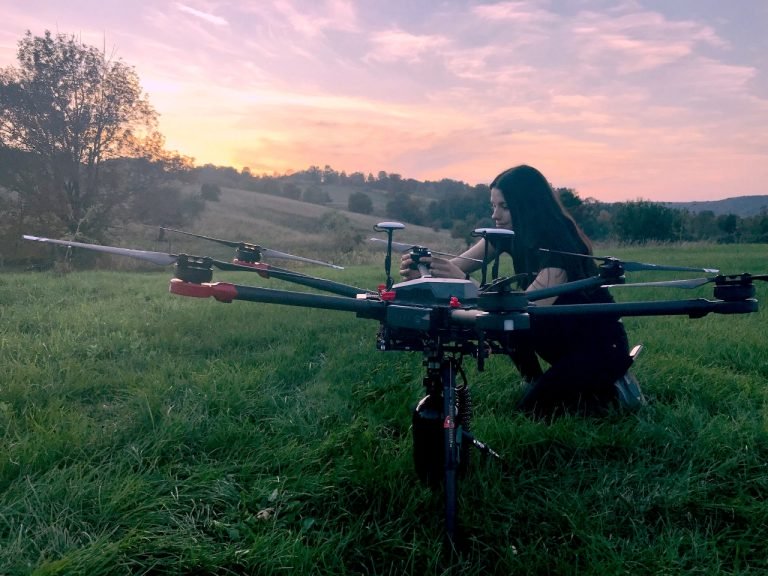 According to a study published in the journal Science, planting about a billion trees across the globe could remove two-thirds of all carbon dioxide emissions worldwide—approximately 25 percent of the CO2 in the atmosphere—creating a vast natural means to trap and store the emissions in an affordable and politically non-controversial manner. 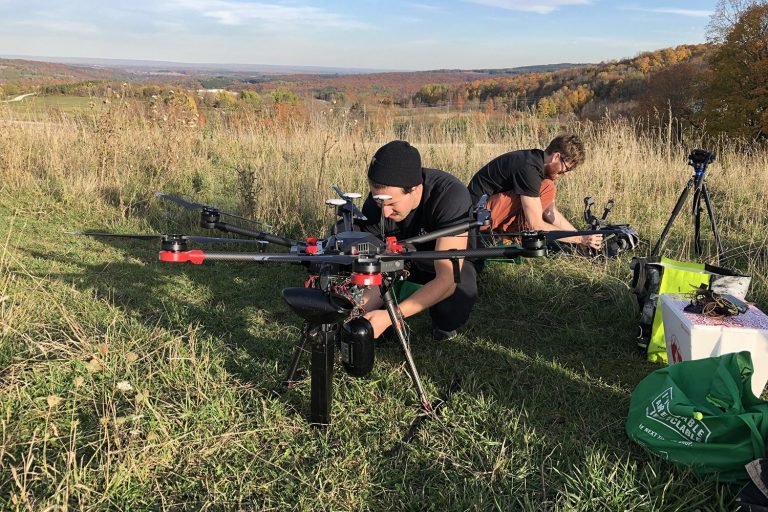 The company claims that its drones can sharply increase the speed and efficiency of planting trees. The company said:

“Flash Forest is a reforestation company that can plant at 10 times the normal rate and at 20 percent of the cost of traditional tree planting techniques.

“With drone engineering, we bring new levels of accuracy, precision and speed to the reforestation industry.”

The world faces a shrinking window of time in which to tackle the problem of heat-trapping emissions, with researchers warning that rampant and accelerating hot conditions across the world could exceed the worst-case scenarios previously forecast by climate experts – giving added impetus to mitigation efforts.

Flash Forest co-founder and chief strategy officer Angelique Ahlstrom said that’s where its drones can be a crucial part of such a strategy. She told Fast Company:

“There are a lot of different attempts to tackle reforestation. But despite all of them, they’re still failing, with a net loss of 7 billion trees every year.”

Ahlstrom notes that it’s not possible to combat deforestation by planting trees alone – however, Flash Forest’s state-of-the-art hardware using mapping drones and pneumatic-powered firing devices that shoot pods deep into the soil can be an asset in the cause.

“It allows you to get into trickier areas that human planters can’t.”

Each planting will also consist of four species and eventually eight – covering an aspect of mass tree-planting that similar initiatives have overlooked in the past. Ahlstrom said:

“We very much prioritize biodiversity, so we try to plant species that are native to the land as opposed to monocultures.

“We work with local seed banks and also take into account that the different changes that climate change brings with temperature rise, anticipating what the climate will be like in five to eight years when these trees are much older and have grown to a more mature stage, and how that will affect them.”

And with researchers claiming that the Earth has room for over 1 trillion additional trees that can be planted across the globe, Flash Forest could help change the way any worldwide planting initiative would take shape. For Ahlstrom, it’s pretty simple math. She said:

“I think that drones are absolutely necessary to hit the kind of targets that we’re saying are necessary to achieve some of our carbon sequestration goals as a global society (and) when you look at the potential for drones, we plant 10 times faster than humans.”