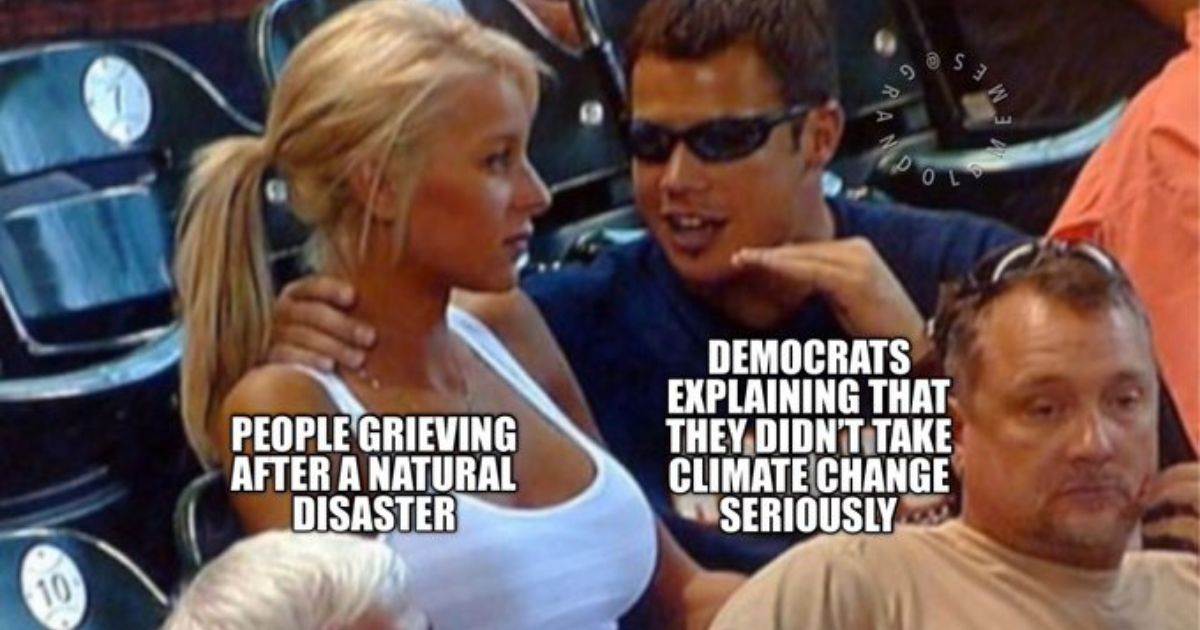 On Thursday, four people were hit in a freak lightning strike while visiting Lafayette Park in Washington DC, located directly across from the White House. Three died.

A lightning strike in DC sent 4 people to the hospital last night with critical, life-threatening injuries according to DC EMS and Fire. Following the story this morning on @foxweather pic.twitter.com/iFsxPxZajd

For context, around 20 people are killed by lightning in the United States every year, making these three deaths (around 14% of the annual number) quite the freak accident, not to mention the weirdness of where they died.

Reuters, however, would like to sear global warming into the national psyche as the key takeaway.

So – beware, because increased humidity due to global warming [for which the science behind its causes, and ability to change, is absolutely not settled, and which to ‘combat’ we need to abandon internal combustion engines, eat bugs, and jump onto an unstable electrical grid largely powered by fossil fuels] – is likely to result in more deadly lightning strikes, and therefore it’s your fault for not giving up your lifestyle for the cause (unlike climate hypocrites who galavant around the world in private jets and gross polluting yachts.)

Except… even if the global warming-induced lightning-pocalypse (that you should feel guilty for causing) happens, it seems that humans have figured out ways to avoid death from the electrical scourge.

Reuters seems to be run by propagandists who base their opinion on emotion rather than science. pic.twitter.com/N31YLPnXfh

The article was written by Reuters’ award winning climate czar, Gloria Dickie – to whose academic climate hammer, everything looks like a man-made nail.

Really?!?!? Innocent people died and you're going there. Wow.

Basically, for the uninitiated here, the lightning is saying if we don’t print and spend $10 trillion on “climate friendly initiatives” in the next year, it will continue to kill people. The lightning sent a ransom note made from magazine cutouts and is now holding us hostage