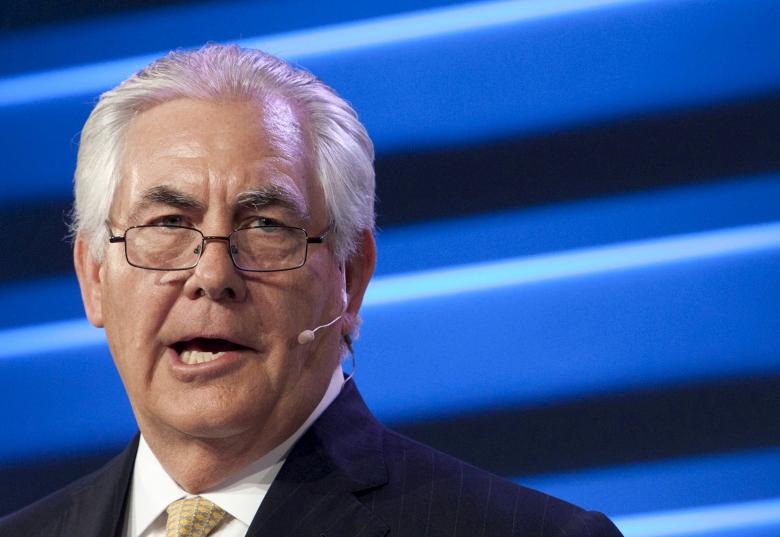 NEW YORK (WeAreChange) —   Rex Tillerson the CEO of ExxonMobil is expected to be named Trump’s Secretary of State, two transition sources said. The official announcement could come as early as next week.

According to NBC: “The 64-year-old veteran oil executive has no government or diplomatic experience, although he has ties to Russian President Vladimir Putin. The pick would put to rest weeks-long speculation of who would earn the post as the U.S.’s top diplomat, and would place Tillerson fourth in line to the presidency.”

He will also be paired with former U.N. Ambassador John Bolton as his deputy secretary of state, one of the sources added, with Bolton handling day-to-day management of the department.

Whether I choose him or not for “State”- Rex Tillerson, the Chairman & CEO of ExxonMobil, is a world class player and dealmaker. Stay tuned!

In an interview on Fox News Sunday, Trump explained why he thinks a businessman such as Tillerson would be a good fit as America’s chief diplomat.

“Well, in his case, he’s much more than a business executive, I mean he’s a world-class player,” Trump said, acknowledging Tillerson’s relationship with Russia through his business dealings.

If Tillerson is officially announced as Secretary of State, this will mean that he’s yet another wealthy elitist added to Trump’s cabinet which is already populated with Wall Street executives and top military men.

This latest information comes after former New York mayor Rudy Giuliani – whom many saw as being the most likely candidate for the position – took his name out of consideration on Friday.