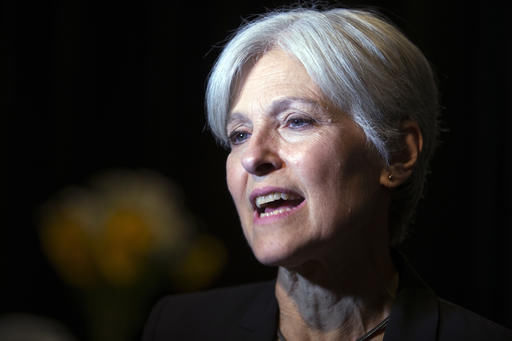 Jill Stein was already drawing ire from her own party, and it is likely about to get worse — as Michigan approved a voter ID proposal in the wake of her recount stunt.

On Wednesday evening, the Republican-led state House of Representatives passed through legislation which would require voters to bring an ID to their local clerk’s office within 10 days of an election — otherwise their votes will not be counted.

Under current laws, Michigan residents can vote without identification if they sign an affidavit stating their identity. On November 8, over 18,000 people in Michigan cast their ballots this way.

“The Detroit News’ Jonathan Oostling reports that almost half of all such votes took place in heavily Democratic Wayne County, and almost 6,000 in the city of Detroit alone,” Hot Air noted. “That seems oddly disproportional, given that Wayne County accounted for just 16% of the state’s total.”

The bill faced heavy opposition from Democrats who argued that the bill would disenfranchise voters. It is important to note that a valid photo identification card is required to even purchase certain cough medicines.

Representative Gary Glenn, a Republican, argued that the bill aims to “protect the integrity of every single Michigan citizen’s vote, because every vote is diluted if fraudulent votes are cast.”

While Democrats cried that voter ID laws would harm people who are “already struggling,” the bill package also contained $2 million for free birth certificates and $1 million for the free ID program, under an “election modernization, voter education and implementation” appropriation.

The timing of the bill has lead to some serious mockery of Stein, who had already drawn criticism for collaborating with Democratic Party operatives for her recount effort in the state. Stein’s lawyer for the Michigan recount, Democratic political consultant Mark Brewer, is a member of the Democratic National Committee and a past chair of the Association of State Democratic Chairs. Keegan Pontoni, the person in charge of volunteer coordination also happened to be a Democratic operative.

Internal communications from Michigan Green Party leaders which we previously published revealed that neither she, nor anyone associated with her recount effort, approached her own party for legal recommendations. The move left many within her party with a bad taste in their mouth.

“Instead, Stein hired more than just a law firm here–she hired the Democratic Party to run the recount in Michigan. This is no longer a matter of ‘appearances.’ This is scandalous,” Michigan Green delegate LuAnne Kozma had said in an email to party officials.

We asked Kevin Zeese, senior advisor of the Stein campaign, about reports that the passage of the Voter ID bill had to do with her recount effort — he claims that it does not.

“Repubs have been suppressing votes in communities of color for years,” Zeese told We Are Change. “They may credit Stein but that is just not believable. This would have happened with no recount. It was already planned for the lame duck.”