After Joe Rogan announced that he’d kicked Covid in just a few days using a cocktail of drugs, including Ivermectin – an anti-parasitic prescribed for humans for over 35 years, with over 4 billion doses administered (and most recently as a Covid-19 treatment), the left quickly started mocking Rogan for having taken a ‘horse dewormer’ due to its dual use in livestock.

It was suspect from the beginning.

The report, sourced to local Oaklahoma outlet KFOR‘s Katelyn Ogle, cites Oklahoma ER doctor Dr. Jason McElyea – who claimed that people overdosing on ivermectin horse dewormer are causing emergency rooms to be “so backed up that gunshot victims were having hard times getting” access to health facilities. 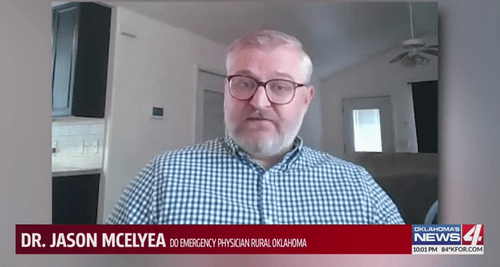 As people take the drug, McElyea said patients have arrived at hospitals with negative reactions like nausea, vomiting, muscle aches, and cramping — or even loss of sight.
“The scariest one that I’ve heard of and seen is people coming in with vision loss,” the doctor said. -Rolling Stone

And while neither KFOR or Rolling Stone mention the hospital McElyea worked for, NHS Sequoyah, located in Sallisaw, Oklahoma – just issued a statement disavowing McElyea’s claims, which pops up when you visit their website.

Although Dr. Jason McElyea is not an employee of NHS Sequoyah, he is affiliated with a medical staffing group that provides coverage for our emergency room.

With that said, Dr. McElyea has not worked at our Sallisaw location in over 2 months.

All patients who have visited our emergency room have received medical attention as appropriate. Our hospital has not had to turn away any patients seeking emergency care.

We want to reassure our community that our staff is working hard to provide quality healthcare to all patients. We appreciate the opportunity to clarify this issue and as always, we value our community’s support. 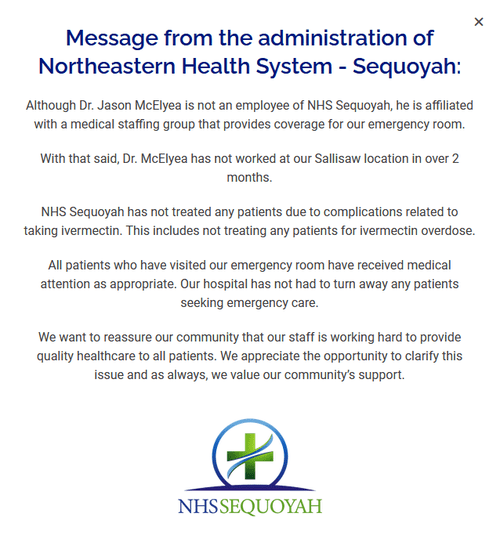 What about the rest of the state?

According to Scott Schaeffer, managing director of the Oklahoma Center for Poison and Drug Information, “Since the beginning of May, we’ve received reports of 11 people being exposed to ivermectin,” he told the NY Daily News (which still pushed the ‘ivermectin overdoses’ story despite this fact).

Meanwhile, this horseshit story has also been picked up by the far-left Business Insider and The Independent, as well as The Guardian, among other notable outlets. 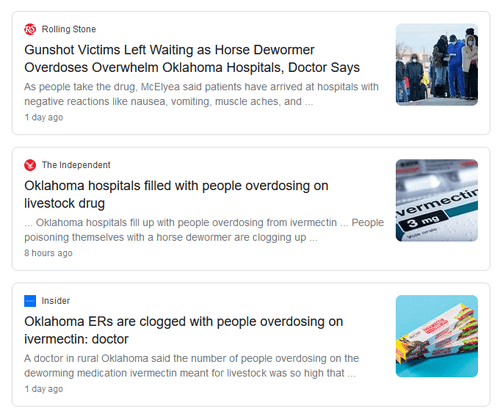 Nobody even bothered to call the hospital where this guy claims to work. https://t.co/rCbgcvOoOa pic.twitter.com/wXjncinhQX

If Rolling Stone had only called the hospital to verify. Shocking.

And of course, the story was breathlessly parroted: 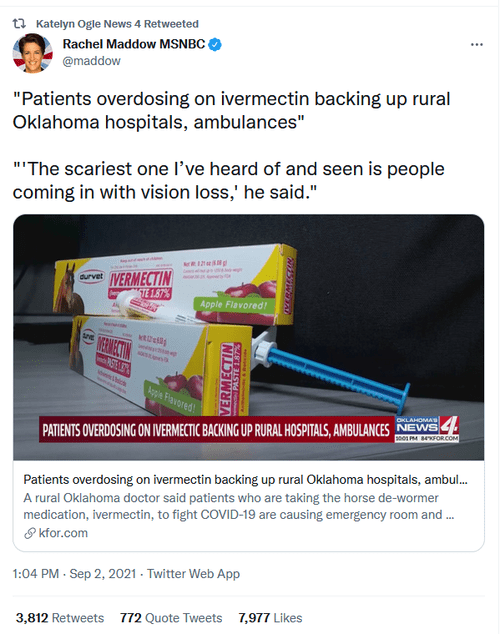 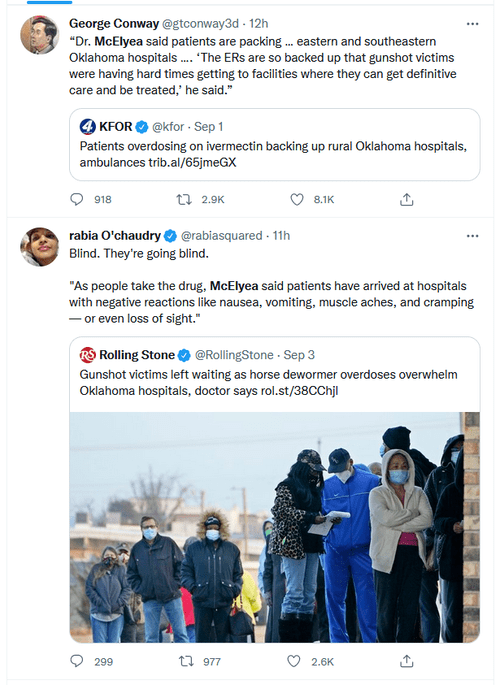 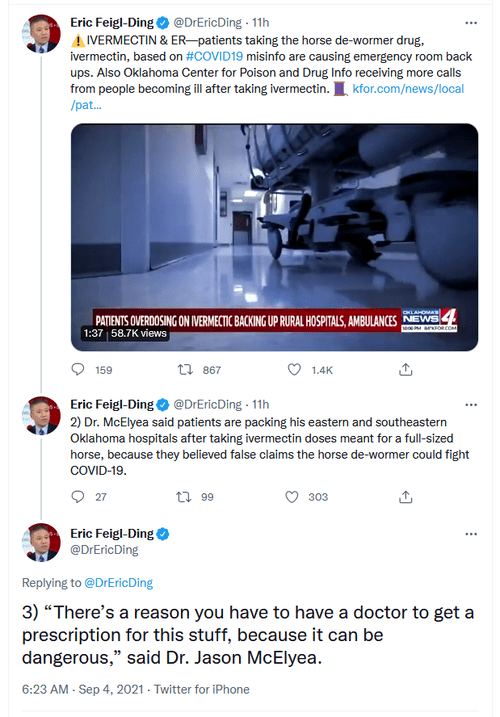 McElyea is also listed as working at Integris Grove Hospital in Grove, OK as a general family practitioner – not in the ER. A phone call to them provided no insight as to any ivermectin overdoses, however the gentleman who answered the phone sounded quite amused. What’s more, Grove, OK – with a population of 7,129, had just 14 aggravated assaults in all of 2019 according to the FBI’s latest data. We somehow doubt that ‘gunshot victims were lining up outside the ER,’ while just 11 ivermectin related hospital cases have been reported in the entire state since the beginning of May.