While the alleged crack, cronyism, corruption was enough to spark the biggest media suppression in history, and no denials whatsoever from the Biden camp, the bombshell that Rudy Giuliani just dropped, if true, is egregious to say the least (not just with regard Hunter Biden but the law enforcement authorities who have allegedly had this information since before Trump’s impeachment but done nothing about it).

In an interview this evening with Newsmax TV, former NYC Mayor and current attorney to President Donald Trump, Rudy Giuliani announces he has turned over Hunter Biden’s laptop hard-drive to Delaware State Police due to pictures of underage girls and inappropriate text messages.

In one of the texts, Hunter Biden allegedly says to his sister-in-law (also his lover) that he face-timed a 14-year-old girl while naked and doing crack – “she told my therapist that I was sexually inappropriate.”

Giuliani adds, “this would be with regard an unnamed 14 year old girl,” adding that “this is supported by numerous pictures of underage girls.”

Watch the full interview below (the above exchange begins around 5:20):

“I told them other details about what appears to be an inappropriate sexual relationship,” he said in an interview. “They told me it would be investigated.”

Law enforcement officials in Delaware told Just the News that Giuliani’s concerns have been forwarded to the state Department of Justice.

“The FBI has had this for a long time,” Giuliani said.

“No indication they did anything about this, so I went to the local police and said, ‘What are you going to do about this?'”

Perhaps the most damning statement from Giuliani, with regard the election, was the former mayor alleging that:

“I will tell you the evidence I gave them states it was reported to Joe Biden. What did he do about it?”

FBI agent Wilson’s identity was confirmed by both Western Journal and Business Insider, the latter of which compared his signature to a 2012 criminal complaint and concluded that it “clearly matches the unreversed signature on the subpoena published by the New York Post.” 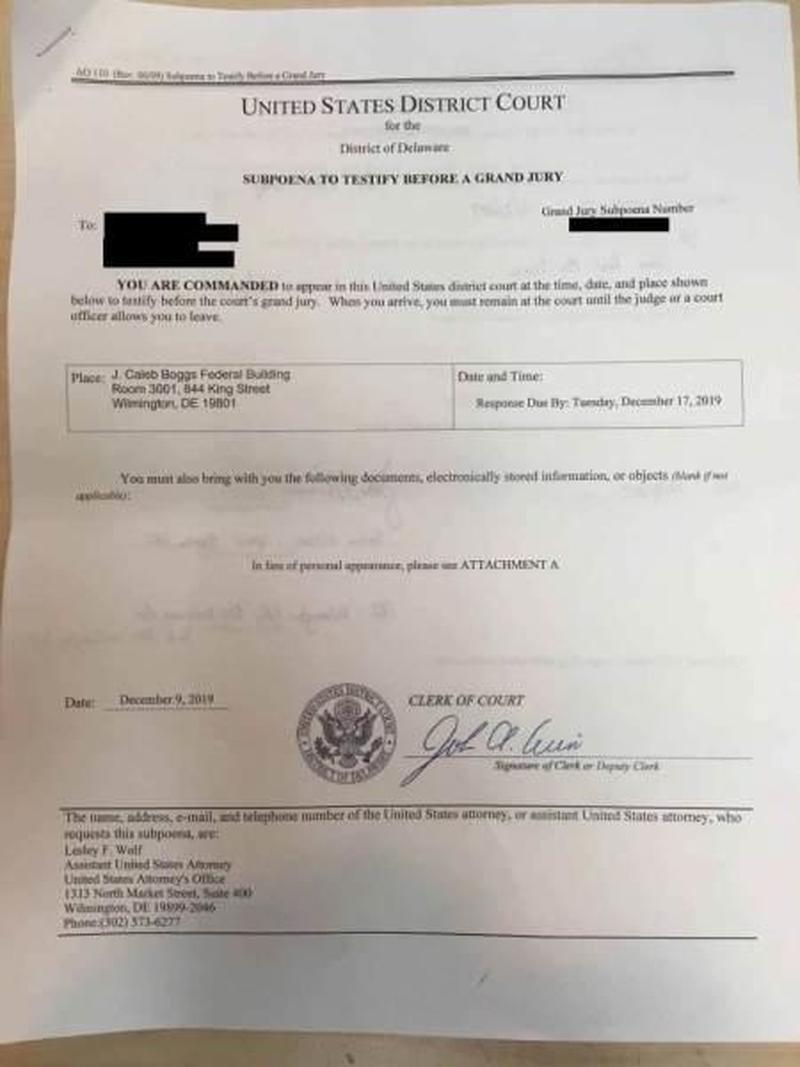 It’s unclear whether the FBI employs more than one agent named Joshua Wilson. But the available evidence seems to show **the Joshua Wilson who signed the subpoena for Hunter Biden’s laptop, and the Joshua Wilson who investigates child pornography for the FBI, are the same person**. This raises the possibility, not explored by the Post, that the FBI issued the subpoena for reasons unrelated to Hunter Biden’s role in Ukraine and Burisma.

Just saw for myself a behind the scenes look at the #HunterBiden hard drive:

Druggie Hunter makes Anthony Weiner's down under selfie addiction look normal.#BidenCrimeFamily has a lot of apologizing to do.

So does Big Tech. @OANN