Russia Warns U.S. Not To Act Unilaterally Against North Korea 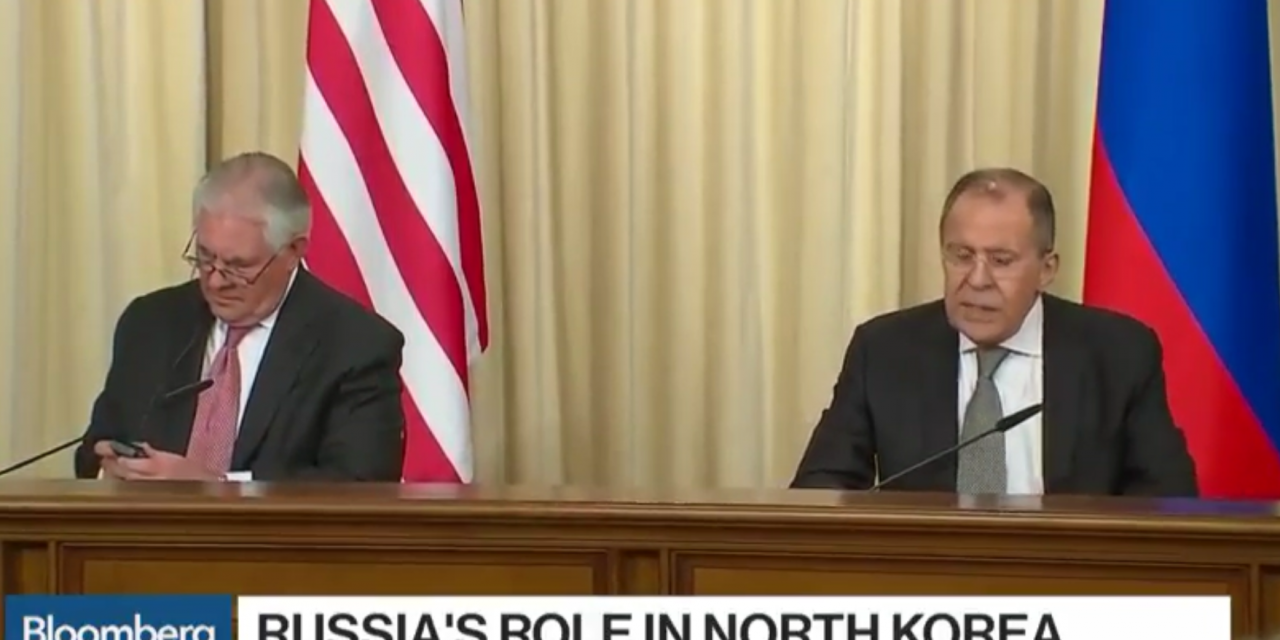 In response to the US vice president, Russia’s foreign minister Sergey Lavrov said that Mike Pence’s statement on the US running out of “strategic patience” towards Pyongyang does not contribute to resolving the crisis. The top Russian diplomat also voiced hope there will be no repeat of the US strike on Syria in North Korea.

On Monday, speaking from the DMZ, Mike Pence said the world has witnessed the “strength and resolve of Trump in actions taken in Syria and Afghanistan,” and threatened North Korea “not to test” this resolve or “or the strength of the armed forces of the United States.”

Lavrov responded by saying “I hope that there won’t be any unilateral actions like we recently saw in Syria and that the US will follow the policies Trump repeatedly declared during his election campaign.”

He also warned the US not to take any military actions, stressing that the “risky nuclear and missile endeavors of Pyongyang” violating UNSC resolutions could not be used as an excuse for violating international law and the UN Charter “in the same fashion” as in Syria.

The period of US policy before the current escalation could be hardly described as an “era of strategic patience,” Lavrov added.

“I cannot call the Obama administration’s period an ‘era of strategic patience,’ as the US has been quite harshly limiting North Korea’s capabilities to develop economy sectors related to nuclear or energy areas,” Lavrov said, referring to past US initiatives, many of them backed by the UN Security Council.

Also addressing the matter, Kremlin spokesman Dmitry Peskov said that harsh statements do not contribute to peace and stability in the region, while commenting on South Korean President Hwang Kyo-ahn’s promise to “implement intensive punitive measures” on Pyongyang in case of any “provocations.”

“Our position is well known and consistent. We call on all sides to avoid any actions which might be perceived as a provocation. And we stand for the continuation of coordinated international efforts in existing formats to resolve the North Korean problem,” Peskov said.

Meanwhile tensions on the Korean Peninsula remain high: after Pyongyang conducted a missile test amid joint US-South Korea drills in March, and with at least one and as many as 3 US aircraft carrier groups headed toward the Peninsula, today North Korea’s UN ambassador said the US has “created a dangerous situation in which the thermonuclear war may break out at any moment on the peninsula and pose a serious threat to the world’s peace and security, to say nothing of those of northeast Asia.”

Separately, North Korea told the BBC that the country would be “conducting more missile tests on a weekly, monthly and yearly basis,” in effect assuring a provocation.

Judging by the market’s response on Monday, a global thermonuclear war would be just the catalyst to pust the S&P back over its all time high of 2,400.