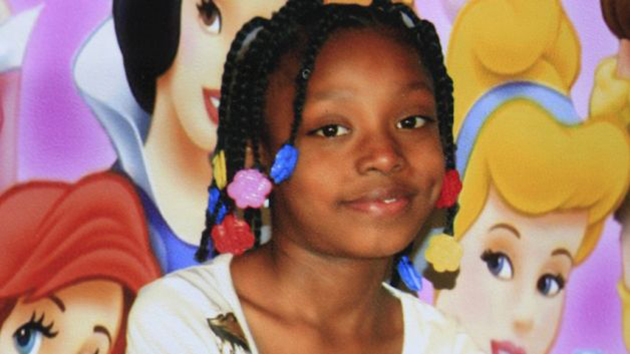 “They blew my granddaughter’s brains out. They killed her right before my eyes. I watched the light go out of her eyes.”

DETROIT, MI — A Special Response Team shattered a family’s window in the middle of the night, hurled a flashbang onto a couch next to a sleeping girl, then charged in and shot her in the head.  The hyper-aggressive tactics were made worse by the fact that police had taken it upon themselves to raid both sides of a duplex, when their suspect was only known to reside in one of them.

On the evening of May 16, 2010, the Detroit Police Department’s Special Response Team (SRT) prepared for a surprise raid to arrest a wanted man. A surveillance unit had been monitoring the duplex in which he lived throughout the day and a no-knock raid was scheduled for just after midnight.

Police staged a so-called “safety briefing” shortly before the raid; undoubtedly focusing on their own safety rather than the safety of unknown innocents behind the doors they were about to kick in. Officers were briefed that they’d be entering a “possible dope den,” in which the suspect “might be armed” and might even possess “dangerous dogs.”

Police neglected to account for — or flatly disregarded — the safety of any potential children that might be present. Besides the glaring presence of toys strewn about the lawn and front porch, it is unlikely that investigators could have missed the presence of four young children and multi-generational family in the opposite unit during their surveillance of the duplex.

The raid commenced at roughly 12:40 a.m.  The Special Response Team arrived in its armored vehicle with a warrant to arrest Chauncey Owens, who was known to stay with his fiancée at 4056 Lillibridge Street.

Armed with MP5 submachine guns, adrenaline, and an unhealthy fear for officer safety, the raiders shuffled past the toys that littered the front yard and ignored the two distinct street address signs hanging on either side of the shared porch of the multi-unit building; 4056 was on the left, 4054 was on the right.

A man named Mark Robinson was detained on the sidewalk while walking his dog, just before the raid. He repeatedly told officers, “There are children in the house,” yet his warnings went unheeded. He was pinned to the ground with officers’ boots on his neck and back, reported attorney Geoffrey Fieger.

The raid team was accompanied by an embedded cable TV crew, filming for A&E’s “The First 48.” With full bravado, the SRT put on a display of maximum force for the fans of police-state-adoring reality television.

Without warning, officers simultaneously attempted to breach entrances of two discrete living units of the duplex: the suspects’ location and the neighboring residence. What occurred at 4054 Lillibridge — where the suspect did NOT live — would be devastating.

In mere seconds, masked police officers stormed the porch and smashed the window of the neighbors’ downstairs apartment. They immediately tossed in a concussion grenade and kicked down the door. An officer discharged his rifle, and an innocent little girl named Aiyana Stanley-Jones was dead.

Amateur footage shot from the exterior of the building shows how quickly the raid unfolded:

From the footage above, the following timeline can be assessed:

When the smoke cleared, 7-year-old Aiyana Stanley-Jones was found on the couch, covered with blood, with a gunshot to the head.  She had been sleeping on the couch next to her grandmother, Mertilla Jones.  A mere 3 seconds passed from the time of the first shouts until officers entered the home.  Aiyana was shot in six seconds.

The grenade had fallen directly onto the couch, where it scorched Aiyana’s “Hannah Montana” blanket, and caused Ms. Jones to dive for the floor.

The trigger man was 37-year-old Officer Joseph Weekley, who both drovethe armored personnel carrier and led the team through Jones’s door. Wielding a ballistic shield and an MP5, the 14-year DPD veteran claimed that he lost control of his weapon, but not for the reason one would expect. He blamed Aiyana’s grandma.

Officer Weekley’s novel defense was that Mertilla Jones rose up as he entered the apartment and “reached for his gun.” In his version of events, contact with grandmother caused him to pull the trigger of his submachine gun, subsequently striking the sleeping girl.

Mertilla Jones gave a very different account. She said that she had been dozing in and out of sleep on the couch when she was startled by the shattering of glass and the deafening incendiary device hurled through the window.  Ms. Jones claims she reached to protect her granddaughter and made no contact with any officer, according to the  Detroit Free Press.

“They blew my granddaughter’s brains out,” said Ms. Jones.  “They killed her right before my eyes. I watched the light go out of her eyes.”

Officer Weekley was no stranger to controversy. Previously during his six years on the Special Response Team, he had been named among several officers in a federal lawsuit regarding no-knock raid in which officers aimed rifles at small children and shot two family pets in 2007.

In addition to Aiyana, three other children were in the house at the time: Carlos (age four), Pierre (age two), and Christian (age three months).  The capacity for mistakes in such a household was monumental