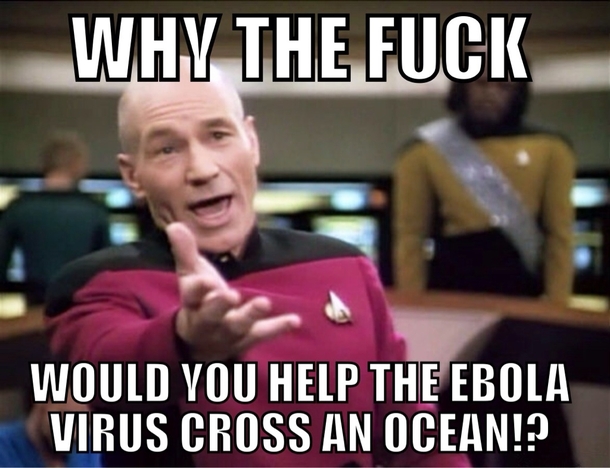 After confirming that tests showed a patient tested positive for Ebola, New York Mayor Bill de Blasio said, “We want to state at the outset there is no reason for New Yorkers to be alarmed.”

A Doctors Without Borders physician who recently returned to New York from West Africa has tested positive for the Ebola virus, becoming the first diagnosed case in the city, a law enforcement official briefed on the matter told CNN.

The doctor, identified as Craig Spencer, 33, came back from treating Ebola patients in Guinea about 10 days ago, and developed a fever, nausea, pain and fatigue Wednesday night.

The physician, employed at New York’s Columbia Presbyterian Hospital, has been in isolation at Bellevue Hospital in Manhattan since Thursday morning, the official said.

At a news conference Thursday, New York Mayor Bill de Blasio sought to allay public concerns about the spread of the deadly virus, saying that “careful protocols were followed every step of the way” in the city’s handling of the case. The hospitalized doctor has “worked closely” with health officials, the mayor said. 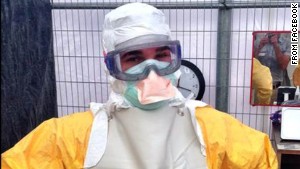 Spencer posted this image to Facebook on September 18 from Brussells, saying “Off to Guinea with Doctors Without Borders (MSF). Please support organizations that are sending support or personnel to West Africa, and help combat one of the worst public health and humanitarian disasters in recent history.” 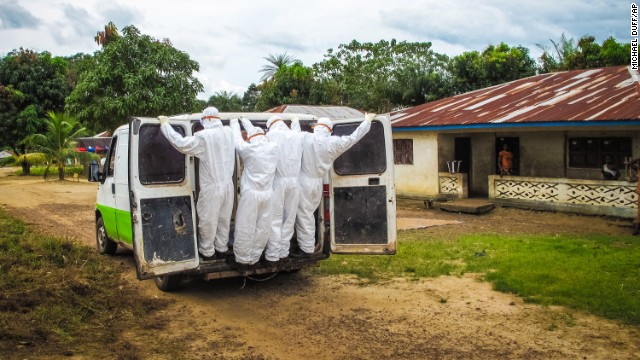 NYC doctor being tested for Ebola

The doctor exhibited symptoms of the Ebola virus for “a very brief period of time” and had direct contact with “very few people” in New York, de Blasio told reporters.

On his Facebook page, Spencer posted a photo of himself in protective gear. The page indicates he went to Guinea around September 18 and later to Brussels in mid October.

“Off to Guinea with Doctors Without Borders (MSF)” he wrote. “Please support organizations that are sending support or personnel to West Africa, and help combat one of the worst public health and humanitarian disasters in recent history.”

In a statement, Columbia Presbyterian Hospital said the doctor was “a dedicated humanitarian” who went to “an area of medical crisis to help a desperately underserved population.” 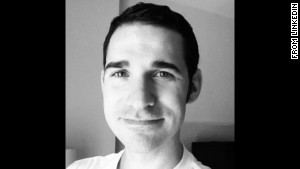 An image of Craig Spencer taken from his LinkedIn profile.

“He is a committed and responsible physician who always puts his patients first,” the hospital statement said. “He has not been to work at our hospital and has not seen any patients at our hospital since his return from overseas.”

The CDC had people packing up to go to New York on Thursday, and a specimen from the physician was to be sent to Atlanta for testing, an official familiar with the situation told CNN’s Elizabeth Cohen.

Investigators took the case seriously from the outset because it appeared the doctor didn’t quarantine himself following his return, the law enforcement official said. The doctor traveled to Brooklyn and then back to Manhattan on Wednesday night, the official said.

The law enforcement official said the doctor was out in public. Authorities also quarantined his girlfriend, with whom he was spending time since his return from Africa.

The doctor began feeling sluggish a couple of days ago, but it wasn’t until Thursday, when he developed 103-degree fever, that he contacted Doctors Without Borders, authorities said.

The case came to light after the New York Fire Department received a call shortly before noon Thursday about a sick person in Manhattan. The patient was taken to Bellevue.

New York’s Office of Emergency Management was expected to activate its emergency operations center in Brooklyn, with the focus of tracking down anyone who may have come into contact with Spencer, the law enforcement official tells CNN.

Mark Levine, a city councilman who represents the doctor’s Manhattan neighborhood, said earlier Thursday, before news broke of the doctor’s positive test, that city health department workers were canvassing the area, distributing information on the disease door-to-door, according to CNN affiliate WABC.

“The goal right now is to make sure people don’t panic,” he said.

The health department said a special ambulance unit transported a patient suffering from a fever and gastrointestinal symptoms.

The doctor returned to the U.S. within the past 21 days from one of the three West African countries currently facing the outbreak of virus, the health department statement said.

Bellevue Hospital is designated for the “isolation, identification and treatment of potential Ebola patients” in the city, the statement said.

“As a further precaution, beginning today (Thursday), the Health Department’s team of disease detectives immediately began to actively trace all of the patient’s contacts to identify anyone who may be at potential risk,” the health department statement said.

“The chances of the average New Yorker contracting Ebola are extremely slim,” the statement said, adding that the disease is spread by direct contact with the bodily fluids of an infected person.

Bellevue Hospital is one of the eight hospitals statewide that Gov. Andrew Cuomo designated earlier this month as part of an Ebola preparedness plan, the state heath department said.

Ebola has killed nearly 5,000 people, mostly in Liberia, Sierra Leone and Guinea. But fears about its spread has mounted since the first person diagnosed with the disease in the United States was hospitalized in Texas last month.

Thomas Eric Duncan, who had flown from Liberia to Dallas, died on October 8. Two nurses who treated him became infected with the virus and are undergoing treatment, with the cases raising questions about the ability of local and federal officials to deal with an outbreak in the United States.