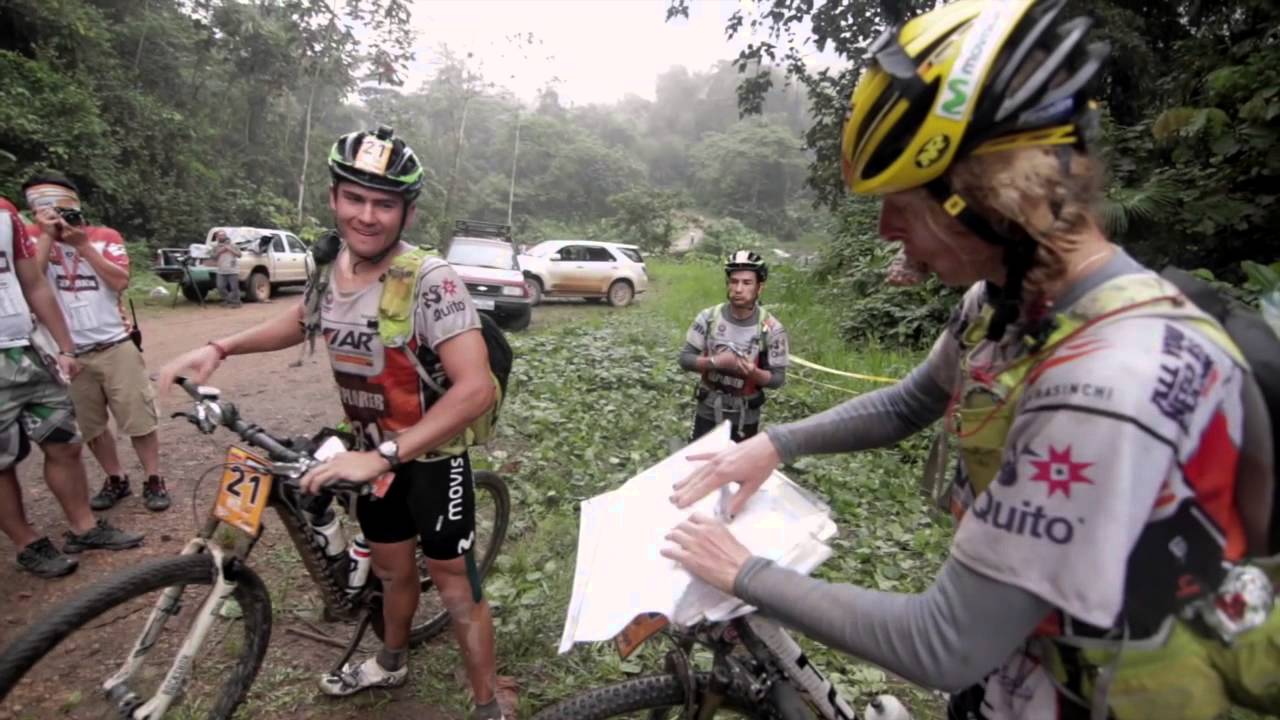 After a stray dog in Ecuador met a team of Swedish adventure athletes, he grew so attached to the squad that he ran for miles and swam along to keep up with them. Now Arthur the dog is world-famous — and it all started with a meatball.

Sweden’s Peak Performance team was in Ecuador this month to compete in the Adventure Racing World Championship, in which athletes hike, kayak, and bike during a 430-mile endurance race through the Amazonian rain forest. It’s the kind of race where athletes try to keep moving day and night (see an example).

Just before starting one stage, the team’s Mikael Lindnord made friends with a dog, sharing a meatball with him. Lindnord thought that would be the end of it — but then the dog followed him, and essentially forced his way onto the team. Swedish endurance athlete Mikael Lindnord managed to get Arthur, a dog his team befriended in Ecuador, to come home with him.

The rest of the story is told through photos of the Peak Performance group’s trek, as updates on their Facebook pageshow the four athletes making their way through mud and rough terrain, now joined by the dog they named Arthur. And when they had to use kayaks, Arthur swam alongside, refusing to be left behind.

Here’s how the team summed up that day:

“The organization gave the advice not to bring dog Arthur out on the last leg — a dog in the kayak didn’t seem like a great idea — and the team was going to follow this advice.

“Mike, Simon, Staffan and Karen put their kayaks down in the water and set off, but Arthur refused to be left and started swimming. This was too heartbreaking for the team, and Mikael helped Arthur up in the kayak. This led to standing ovations from everyone on the shore, seeing the five (!) team mates set off.” The story of Arthur, a stray who adopted a team of Swedish athletes competing in Ecuador, spread quickly after he refused to be left behind.

Photos of the devoted dog swimming to stay with his new friends led one fan to call the moment “magical.”

The team says that after six days, they “crossed the finish line with 5 members instead of 4 as the 12th top team in the world.”

After some uncertainty, Lindnord managed to work out a way to bring his new best friend back to live with his family in Sweden: He and his teammates opened a Paypal account and mounted a Twitter campaign to raise money to bring Arthur home. They’ve also had him treated for a nasty wound to his back that he had suffered months before they met in him the rainforest.

A recent Facebook post thanking people for their help and good wishes — and telling them that Arthur was safe and sound in Sweden — led one fan to write, “Thank you for sharing this story with the world. We need to witness more happy endings and acts of compassion.”

When we contacted the Swedish team to ask how Arthur’s doing today, here’s what they said:

“Arthur is in the dog quarantine in Stockholm, where he has to be for 120 days before he can go home to Örnsköldsvik, where he will live with the Lindnord family. A team member visited him today and there will be more visits during these months — but Arthur also has to be given time to relax and adapt to his new settings!” By the time he arrived in Sweden, Arthur was already famous.