Students at the University of California, Berkeley held a protest on Friday to demand the creation of additional “safe spaces” 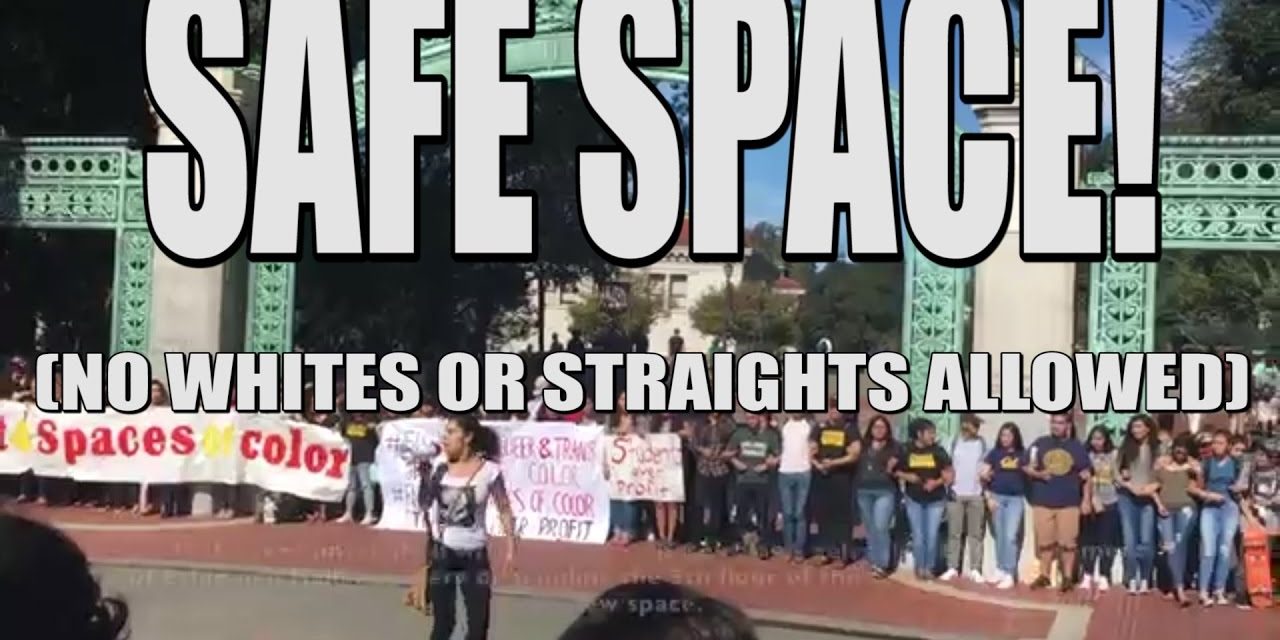 By Bradford Richardson – The Washington Times – Monday, October 24, 2016
Students at the University of California, Berkeley held a day of protest on Friday to demand the creation of additional “safe spaces” for transgender and nonwhite students, during which a human chain was formed on a main campus artery to prevent white students from getting to class.

The demonstrators were caught on video blocking Berkeley’s Sather Gate, holding large banners advocating the creation of physical spaces segregated by race and gender identity, including one that read “Fight 4 Spaces of Color.”

Protesters can be heard shouting “Go around!” to white students who attempt to go through the blockade, while students of color are greeted with calls of “Let him through!”

Students turned away by the mob are later shown filing through trees and ducking under branches in order to cross Strawberry Creek, which runs underneath the bridge. Protesting students went on to march through the Berkeley Student Union, chanting and disrupting students who are studying.

One student, who was not a part of the protest, tells the video-maker that the demonstrators are “being quite childish.”

“I agree with the right to protest, but disrupting the peace of others is not OK,” he says.

The group later occupies the school store, chanting “Students Over Profits!” They place an “eviction notice” on the store, which claims the university “wrongly allocated this two-story facility to third-party corporations, keeping in line with its intensifying legacy of prioritizing financial profit over student needs.”

Demonstrators finally made their way to an intersection in front of campus, where students blocked traffic and chanted, “Whose university? Our university!”