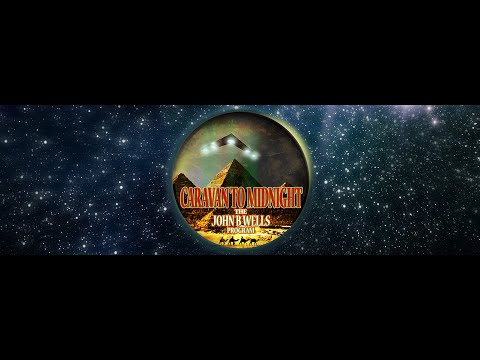 “You have to remember, rights don’t come in groups we shouldn’t have ‘gay rights’; rights come as individuals, and we wouldn’t have this major debate going on. It would be behavior that would count, not what person belongs to what group.” — Ron Paul

Imagine a future with compulsory euthanasia. One day the government could declare, “Let’s end global warming by cutting down on the number of old people.” And the citizenry would bow down to forced euthanasia because they are of one mind in the belief that they must do their duty in service to their country and “for the greater good.”

This extreme scenario defines the conditions of the Hive Mind, a collective identity in which every decision you make is a committee act. Group think is cohesive intelligence over individual intellect, a super organism. Nobody wins and nobody loses. Everyone is the same. Everyone is dependent. Everything is provided by the hive.

The hive mind plays out in hive society as groups who petition the State for rights: gay rights, women’s rights, immigrant rights, a Parents Bill of Rights. People beg the State for permission without realizing the State can neither grant nor abolish ANY rights. Rights cannot be transferred from one person to another; they are “unalienable.” Rights come from “nature’s God.” States can only grant privileges that can be abolished, amended, modified or expanded at the whim of the State (See Obamacare). Have we become so disconnected from nature that we require permission from others?

Values vs. Morals; Privileges vs. Rights

Privileges and Rights can be understood in the same way as values and morals. A value is a subjective desire.  A moral is an objective truth.

Morals are the basis for The Constitution, Bill of Rights and the Declaration of Independence. These documents are metaphorical shields to protect individual rights from oppressive forces whose goal is to abolish them.

Politics is a value-based system in a game of “divide and conquer.” The debate of “pro” vs. “anti” are value judgments that serve to divide, distract and invalidate morals. The morality of right and wrong, truth and justice, gets lost in the shuffle. For instance, when “pro-choice” liberals claim to be “pro-vaccine mandate,” the freedom to choose is abolished. When debate is bogged down in the “science” of vaccines, it is a diversion from the real issue of human rights. The core issue is about freedom not science. Politicians purposely object to legislating morality in favor of advancing values. Are they not legislating to abolish morality?

According to Karl Marx, the great enemy of humanity is morality. In a society with Collectivist and Marxist tendencies that show up as “Liberalism,” the mindset is “for the good of all.” Discussions of morals are naturally suppressed.

“The society of the future is one in which the moral distinctions … have all dissolved. We are moving into a Communist world, into the world that Marx wanted without knowing it and without having the kind of revolution that Marx predicted and thought was necessary.” – Harry Jaffa, author A New Birth Of Freedom

In a “honeybee Democracy,” mandates do not seek to suspend Rights but to abolish them. What kind of “value” is advanced by the abolition of a Right? If the religious exemption is abolished by the vaccine mandate, is the abolition of religion next? Are those acceptable values—to abolish Rights?

“A colony of honeybees is far more than an aggregation of individuals, it is a composite being that functions as an integrated whole.” – David Dobbs, Science, 2011

Governments twist nature to suppress individual power through Scientism. Scientism is not science but religion. It claims to be the only source of real knowledge.  Reason and logic over creativity, memory and imagination. Scientism creates “Vaccine Science” or “Climate Change Science” as the underlying philosophy that dictates societal norms. Question the science and be demonized. True science asks the questions. Science is debatable, never “settled.”

“The conscious and intelligent manipulation of the organized habits and opinions of the masses is an important element in democratic society.” – Edward Bernays

How did humans become a swarm of bees? Edward Bernays, the father of Public Relations, wrote the book Propoganda in 1928. He believed that “if people are to live together as a smoothly functioning society, then controlling what people think must be engineered.”

Bernays suggested that people are followers. He banked on how vulnerable the human mind could be, and used emotions to control the “stock” by keeping them distracted on trivial events.

Social engineers mold public opinion and influence popular attitudes to set society’s norms. These norms are subsidized by government and then carried out by the population who plays its role as victim. These are psychological operations, or PSYOPS.

The example of one nation (e.g., America) then becomes the mold to homogenize the rest of the world and standardize the laws on a global scale. Social engineering convinces us to follow the trends: what sports to watch, what fashions to wear, how to style hair (i.e., the bob).

Organized chaos was Bernays’ idea on how order is engineered through the creation of chaos or ordo ab chao. This builds on the the Hegelian Dialectic, or Problem>Reaction>Solution.

In the U.S. how the people behind-the-scenes mold public opinion is “Public Relations.” The result is that the individual has literally lost his mind and his ability to think critically.

Under the system, the plasticity of the mind becomes fixed. Cognitive Dissonance sets in. Even in light of new information, the mind remains rigid, stuck in a value system. Unless the individual regains the POWER to control his mind and body, and regain his RIGHTS…. the struggle will not end at vaccine mandates.

Property of the State

“This clown civilization is ours. We chose this of our own free will, in our own free democracy, with all the means to legislate intelligently readily at hand. We chose this because it suited a few people to have us do so. They counted on our mental indolence and we freely and obediently conformed. We chose not to think.”

On the heels of the vaccine mandate (SB277) in California, the proposed law SB-18 The Bill of Rights for Children and Youth would remove gun rights, homeschooling, parental rights, and health freedom all in one law. From where does this language come?

From the UNCRC, an International treaty! Have Americans been led and misled so easily to their doom by a honeycomb Matrix where no individual in government is accountable?

The Declaration of Independence appeals to the Laws of Nature and nature’s God. It reminds us that Life, Liberty and Property = your Body, Soul and Self. Liberty prevents any government body from forcing vaccines or removing a child against an individual’s will and consent.

The Declaration of Independence connects us to our divinity and reminds us that the right to self-defense is a basic human right. Nature shows us that in a bee colony “each one [is] an alert individual making tours of inspection looking for things to do and acting on her own to serve the community.”

In America, the act of marching for State-granted Rights is an exercise in futility and self-defeating. Citizens are the property of the State. Citizen = property. Property has no rights. When the masses beg for rights, it is by design, to subvert individual rights.

Imagine if specific laws were required to grant every individual and collective interest in society. That’s exactly what we have. Where does it end? If someone or some group is purposely or erroneously left out, are their Rights non- existent?

To hand over inherent rights to an all-powerful government (Marxism) captured by corporations (Fascism) is where we live today. Marxism socializes people through the school system to think in a way that justifies inequality.

Children learn to accept there will always be someone in authority who they must obey—the Master-Slave dynamic. The way to assert rights is to remove the group banners and march together for One Law for All. Human Rights.

This Brave New World we face is the Technocracy movement, born in the 1930s to replace Capitalism. Technocracy is a totalitarian dictatorship that uses Marxism as a stepping-stone and scientism as the science of social engineering. Technocracy is economic totalitarianism (TPP, NSA, IMF), set up through the political structure (the World Bank president is appointed by the U.S. President) to replace the economic system on a global level. Where do you think Aldous Huxley, author of Brave New World, got his inspiration in 1932?

Total control means total surveillance, from smart meters to smart phones, to smart TVs that listen to your every word. Congress is eventually neutered and rendered irrelevant since they don’t understand the technology they attempt to govern.

Reflexive Law replaces “Rule of Law.” Under Reflexive Law, “there is no actual legal process at all, but rather a jawboning process that cons actors into compliance.”

Under this globalist paradigm, the Constitution is out, and property rights are gone. We are back to the feudal ages, “for the good of the people,” of course. We are back to 1775 before America became a nation when Patrick Henry said, “Give me liberty, or give me death.”

Have we been deceived? Dumbed down? Duped? Have we allowed our freedoms to disappear through our desire to follow the crowd? If so, what do we do about it? If we fail to understand history, are we doomed to repeat it? Now that dots are being connected, how do we extract ourselves from falling further into the abyss?

Fortunately, no one group of politicians, scientists, priests, or Technocrats can determine the needs of an individual without suppressing morality, God, Nature, and humanity in the process. No one group of people can deny the nature of how humans and the Earth regulate and sustain themselves on a daily basis. The individual is the value in any group success.

Technology is a blessing. But technology, like the State, serves us. Not the other way around. Are we humans or insects?  Do we own our own thoughts and beliefs, or are our minds the property of the hive? Can we revert back to our humanity, through nature, to connect to our true selves, the ones who came into this world alone, and the ones who will leave this world alone?

As Americans, we must take back the language, take back our morality, and reclaim our true identities. We must reject Technocracy, and be ready to say “NO” when freedoms are restricted. We can withdraw consent when new laws clump us together as a swarm. We can choose to come together in communities where we have influence. Clean house from the ground up in our local governments. The time for action is now.

Rosanne Lindsay is a board certified Naturopathic doctor, Tribal healer under the Turtle Island Provider Network. She is a Health Freedom advocate, writer, and author of the book The Nature of Healing, Heal the Body, Heal the Planet. Find her on Facebook at Rosanne Lindsay and Natureofhealing and consult with her (long-distance consults available) at natureofhealing.org.