A massive explosion seen along the Arab Gas Pipeline, outside Damascus early on Monday, resulting in power outages across Syria was likely an attack by Islamic State (formerly ISIS/ISIL), according to Reuters, citing state media and the country’s energy minister.

BREAKING: Total blackout in #Syria after an explosion on the Arab Gas Pipeline near al-Dumair and Adraa, Damascus countryside. Electricity minister Mohammad Kharboutli said the incident “led to an electricity blackout across Syria”. Power is gradually being restored to provinces. pic.twitter.com/hLmNCgpJgc

“Assessments show that the explosion … was the result of a terrorist attack,” Syrian Arab News Agency (SANA) quoted Minister of Petroleum and Mineral Resources Ali Ghanem as saying. There were no further details of how terrorists managed to blow up the 36-inch pipeline.

According to the US envoy for Syrian affairs James Jeffrey, the explosion was likely an attack by the Islamic State: “We are still looking into that. But it was almost certainly a strike by ISIS,” Jeffrey said, as cited by Reuters. 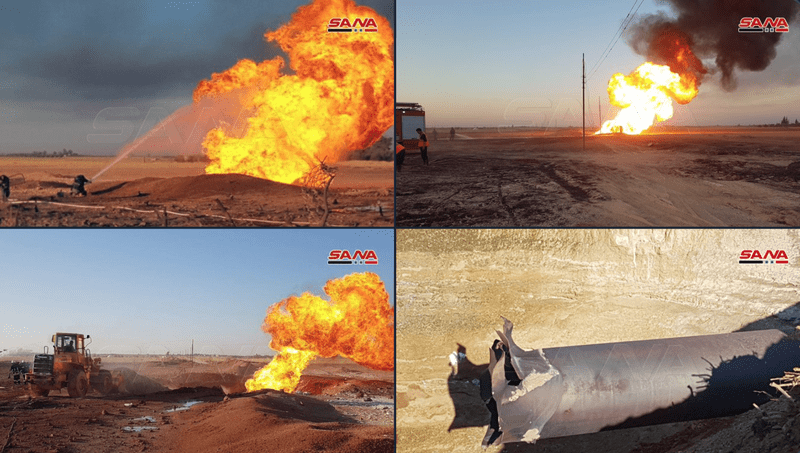 Ghanem said electricity was gradually being restored to the country’s provinces, and some power returned to Damascus.

The location of the damaged pipeline was between the suburbs of Al-Dhumayr and Adra, and caused a rapid decline in gas supply to the country’s top power stations, triggering a nationwide blackout.

Even though the fire was extinguished, blackouts were still seen in the capital, with some power late Monday restored to hospitals and government buildings in Damascus.

Well, looks like they managed to put out the fire. These images show the point of explosion in the gas pipeline. #Syria 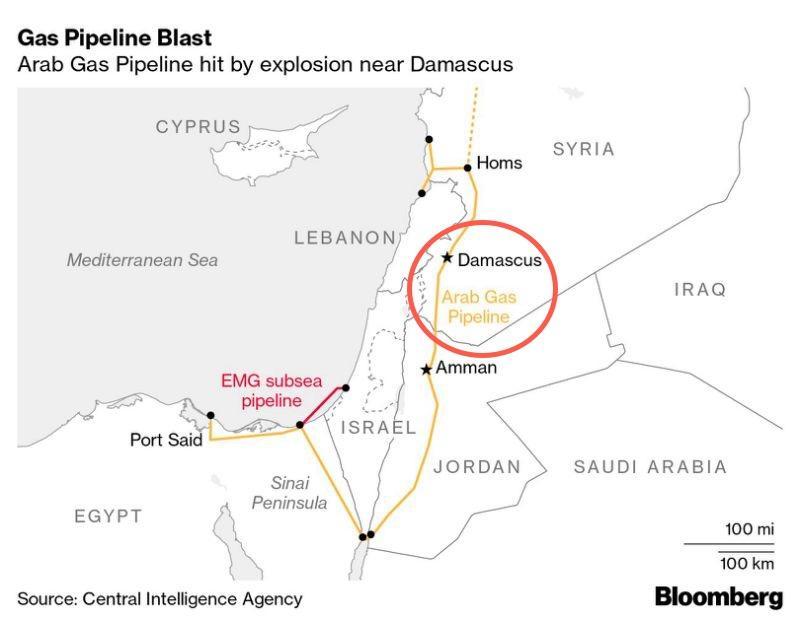 Targeting of the pipeline comes as Turkish-backed forces cut water supply to over one million people in the country.

Syria faces increasing economic instability, and a flare-up in fighting following Trump’s “secure the oil” policy in the country led to a recent skirmish between US occupying forces and the Syrian Army.