Over 3,500 people have signed up to form a human chain around British Parliament in support of Julian Assange.

He is awaiting word on whether he can proceed with his legal fight.

On Saturday, October 8, 2022 at 1 pm, thousands of supporters will join hands in London to create a Free Assange Human Chain around British Parliament.

As part of a global campaign for Julian’s release, over a dozen international actions have been planned in solidarity, with U.S.-based supporters holding a rally at the Department of Justice in Washington, DC featuring several high-profile speakers. 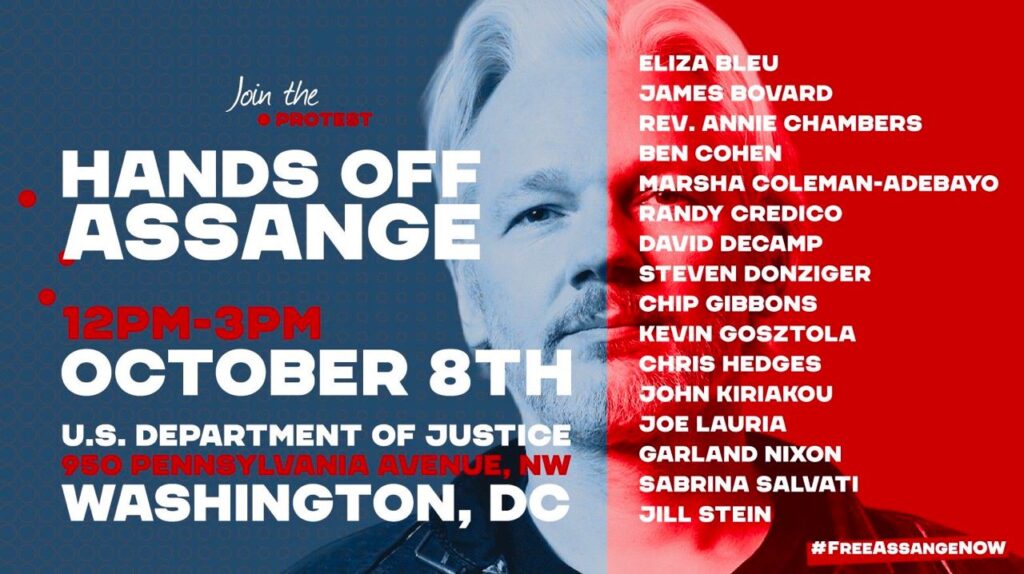 The D.C. protesters will be calling on Attorney General Merrick Garland to drop the charges against Julian Assange while also denouncing the U.S. government’s campaign against Assange as supporters around the world demand Hands Off Assange!

The legal matter is in a crucial phase according to John Rees, who is helping to organize the event.

According to Bloomberg, Rees told the PA news agency: “We need to redouble our efforts to persuade the UK Parliament to intervene and halt Julian’s extradition.”

International Federation of Journalists leaders call to free Julian Assange whose prosecution is "a threat to all journalists" @IFJGlobal#FreeAssangeNOW https://t.co/EzaGk9rFkF pic.twitter.com/3H5xhph5jj

The demand for U.S. President Joe Biden to abandon Assange’s extradition case is being voiced by an increasing number of human rights groups, journalist organizations, legislators, politicians, and other campaigners.

+2000 journalists have a signed a statement in support of #WikiLeaks Julian Assange: "If the US government can extradite Assange for this, it will clear the way for governments to criminalize any of us, anywhere in the world" Sign:https://t.co/UtODznJSpt pic.twitter.com/v2OhZjhpw0

On Saturday, October 1, Assange supporters held a tweet storm across Twitter and other social media platforms drawing attention to Assange’s situation and the upcoming protests.

Join in and help us spread the word about our upcoming #HandsOffAssange rally in DC on Oct 8th where we will #SurroundDOJ and demand they #FreeAssangeNOW? pic.twitter.com/UFogo3WOFp