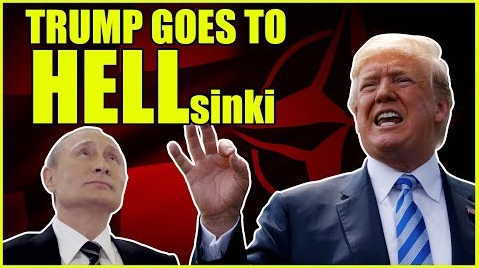 In this video, Luke Rudkowski is joined by Jason Bermas to discuss the upcoming summit with Putin in Helsinki, Finland. Previously Trump attended the NATO summit over the weekend in Europe where he was met with protests in both London and Scotland. As Trump goes to HELLsinki, he does so on the heels of the release of an indictment by the FBI claiming 12 Russians with intelligence backgrounds meddled in our elections by using the persona Guccifer 2.0 and website DC leaks.