On Thursday, President Donald Trump named Alexander Acosta as his new nominee for secretary of labor — the same man who cut a sweetheart plea deal with billionaire pedophile Jeffrey Epstein in 2008. 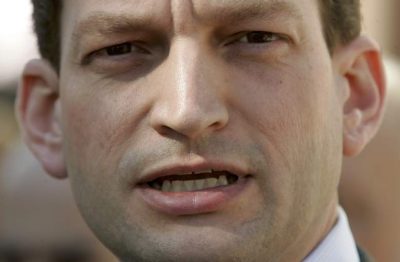 Acosta, while working as the top federal prosecutor in Miami, agreed not to file any federal charges against Epstein — who was accused of having sex with dozens of underage teen girls — in exchange for him pleading guilty to state charges of soliciting prostitution and soliciting a minor for prostitution.

The infamous pedophile had been accused of recruiting dozens of underage girls into a sex-slave network.

It was alleged that Epstein had hidden cameras all over his property so that he could film prominent people having sex with the minors for use as blackmail material.

Despite the incredibly disturbing allegations in his case, Epstein was only sentenced to 18-months in a county jail. He ultimately served around 13 months, much to the dismay of his victims — who filed a lawsuit over the handling of the case in 2008.

“The Government and Epstein conspired to conceal the NPA (non-prosecution agreement) from the victims to prevent them from joining any objection, and to avoid the firestorm of controversy that would have arisen if it had become known that the Government was immunizing a politically-connected billionaire and all of his conspiracies from the prosecutions of hundreds of federal crimes against minor girls,” attorneys for Epstein’s victims wrote in a court filing for their lawsuit against the government.

LawNewz notes that “recent filings in the case also raise legitimate questions about what else prosecutors would have discovered if the federal investigation had not come to an abrupt end with the promise of no prosecution by the feds.”

Acosta is not named in the lawsuit over the handling of the Epstein case, but it will surely become a heated topic during his upcoming confirmation hearing.