Even as President Joe Biden challenges Americans to a “100 day masking challenge” and other mask-related restrictions on federal land, some of the biggest states in the US  (including ultra-liberal California and swing-state Michigan, among others) are going their own way, resisting calls from the Biden administration to go heavy with masks and lockdowns, which have – as we’ve noted, seemingly made no difference and lack scientific basis.

Perhaps it has something to do with the WHO’s admission that PCR overamplification may have led to the “Case-Demic” that “conspiracy theorists have long warned about.

But whatever the case may be, recently, liberal governors like New York’s Andrew Cuomo appeared to recognize that the economy needs to reopen, and quickly. Even Cuomo acknowledges that the holiday spike is fading. 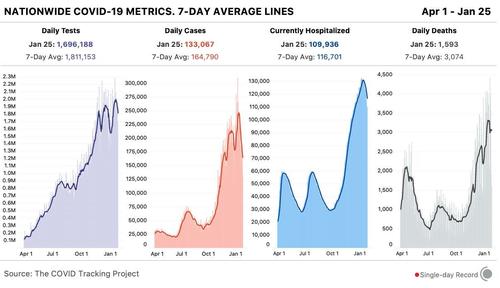 Notably, the spike in cases from the pre-holiday period is already beginning to subside. This, coupled with all of those warnings about a post-holiday case surge, had led to suspicions that the American public has been gaslighted – or at least intentionally misled, by federal authorities intent on doing whatever they can to tarnish President Trump’s legacy.

Meanwhile, and possibly related, vaccination rates worldwide aren’t off to a great start – while reports of healthcare professionals and others who refuse to take it have been rolling in. 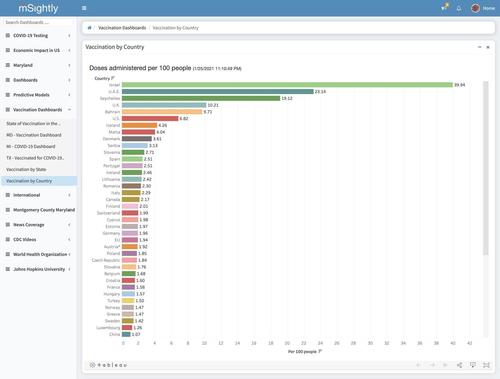 Yet, despite liberal leaders’ sudden post-inauguration interest in reopening, they seem to be ignoring the new boogeyman – the new “mutated” strains from the UK and South Africa, which have caused a good deal of panic among public health officials (whether warranted or not).

And since the US has administered fewer than 25MM vaccines, more of these COVID “variants” are setting off alarms – causing vaccine maker Moderna announcing the development of a ‘booster’ shot to protect against both mutants.

Teachers’ unions, meanwhile, are increasingly opposed to lawmakers pushing to return to in-person instruction within 100 days.

According to Northwestern University epidemiologist Sadiya Khan, who spoke with Bloomberg, “We’re just asking to go backwards by easing restrictions without focusing on achieving herd immunity with vaccination.” The doctor is an epidemiologist at the Northwestern University Feinberg School of Medicine in Chicago.”It’s very fragile,” she said referring to the COVID economy.

Perhaps things would be less ‘fragile’ if Democratic leaders’ sudden push to reopen didn’t have the most suspicious timing in the known universe, and California (and other states) were more transparent about whose ‘science’ they’re following.