US Forces Move Back Into Syria After Temporary Withdrawal 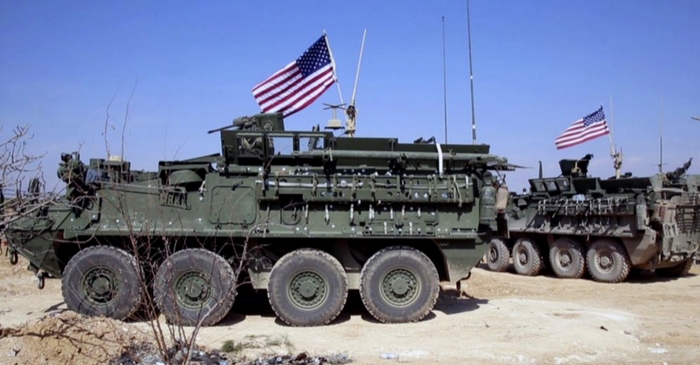 Over 500 US troops along with military vehicles and logistical equipment arrived at military bases in northern Syria today, despite their withdrawal only weeks earlier.

The Syrian Observatory for Human Rights (SOHR) reported that US aircrafts had been spotted landing in the Sarrin area of northern Syria over the past five days, and that cargo consisting of logistical and military equipment and vehicles were offloaded.

Two US military convoys were also seen entering the north of the country last night, which included over 85 vehicles and armoured trucks transporting military equipment. One of the bases which US forces were returning to is allegedly located on the M4 highway between the towns of Tal Tamr and Tal Baidar – at the far east of Syria, close to the Iraqi border – as well as the cities of Qamishli and Aleppo.

The return of US forces to northern Syria comes weeks after they withdrew from the area since President Donald Trump’s announcement of it on the eve of the Turkish military action – Operation Peace Spring – which began in the second week of this month. The move caused international outrage as many perceived it to be an abandonment of the Kurdish militias which the US has long been backing and arming throughout the Syrian conflict and the fight against Daesh.

The operation came to a head last week, however, when the US and Russia persuaded Turkey to agree to a ceasefire before the two latter countries struck a deal which stated that Russian military police and Syrian regime soldiers would clear the planned safe zone in north-east Syria of the Kurdish militias.

Joint Turkish-Russian patrols were then to be conducted in the east and west of the safe zone areas, up to a depth of ten kilometres, while the Kurdish YPG militia is being removed from the strategic towns of Manbij and Tal Rifat.

The remaining terms were largely vague and consisted of general statements such as that of a “joint monitoring and verification mechanism” being established to oversee and implement the deal while working together to find a long-lasting political solution to the Syrian conflict.

Despite the withdrawal of US forces during Turkey’s operation, there remained stationed between 200 and 300 US troops in the American Al-Tanf base in the south of the country at the behest of Israel.

Russia – which has backed the regime of President Bashar Al-Assad throughout the conflict – has condemned it the return of US troops to Syria and accused America of exploiting and stealing natural resources from the Syrian people.

Republished from MiddleEastMonitor.com under Creative Commons