Washington Post: Obama administration most ‘dangerous’ to media in history 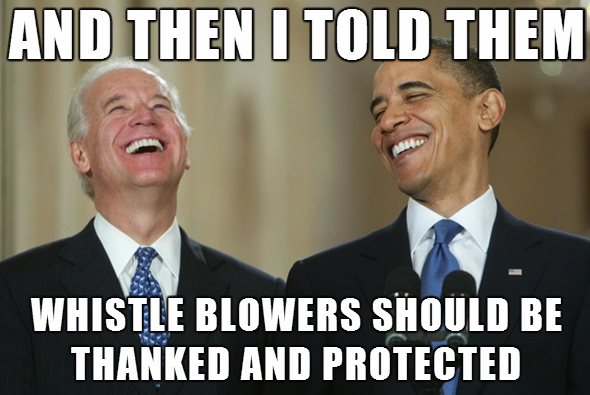 At some point, a compendium of condemnations against the Obama administration’s record of media transparency (actually, opacity) must be assembled. Notable quotations in this vein come from former New York Times executive editor Jill Abramson, who said, “It is the most secretive White House that I have ever been involved in covering”; New York Times reporter James Risen, who said, “I think Obama hates the press”; and CBS News’s Bob Schieffer, who said, “This administration exercises more control than George W. Bush’s did, and his before that.”

USA Today Washington Bureau Chief Susan Page has added a sharper edge to this set of knives. Speaking Saturday at a White House Correspondents’ Association (WHCA) seminar, Page called the current White House not only “more restrictive” but also “more dangerous” to the press than any other in history, a clear reference to the Obama administration’s leak investigations and its naming of Fox News’s James Rosen as a possible “co-conspirator” in a violation of the Espionage Act.

The WHCA convened the event both to strategize over how to open up the byways of the self-proclaimed most transparent administration in history, as well as to compare war stories on the many ways in which it is not. Peter Baker, the veteran Washington reporter from the New York Times, provided perhaps the best instance of White House-administered madness. In covering a breaking story recently, Baker received a note from a White House handler indicating that President Obama had been briefed on the matter in question.

That information came to Baker “on background.” The gist: Not from me — a meeting has occurred..

Other gripes: Correspondents took aim at large-scale “deep background” briefings — attended by up to 40-odd reporters — at which ground rules specify no names for the officials in attendance and no quotations of anything they say. ABC News Chief White House Correspondent Jonathan Karl spoke of covering the Boston Marathon bombings. As the story developed, Karl noted that the White House wasn’t giving out any information at all. So he went around it and found out that the feds were sending their high-value interrogation team to Boston. “No way I would have gotten that out of the White House,” said Karl.

Bloomberg White House correspondent Margaret Talev noted how the White House stopped giving details on the fine wines served at state dinners, an opaque measure that she exposed in this story. In pursuing the piece, said Talev, she got the runaround from White House press officials, making her “so mad at them.” Over the course of a few weeks, she had to become, in essence, a wine correspondent.

Saturday was an appropriate moment to air such grievances. The day before, President Obama had opened the White House doors to Nina Pham, the Texas nurse who had just completed her recovery from Ebola at the National Institutes of Health. Prior to the session, the White House announced that still photographers would be allowed to document the proceedings. But print reporters and TV cameras would be out in the cold. At a briefing with White House press secretary Josh Earnest, Karl asked why. Earnest responded that “many of you did have the opportunity to see [Pham] deliver remarks at the NIH upon her departure from the hospital.”
Karl: “That’s not answering the question. Why was this decision made?”

Earnest: “Because reporters did have the opportunity to see her speak already.” Also, the press secretary said that neither President Obama nor Pham planned on making any comments at the event. Taken together, those explanations amount to a lump of nothing.

Talev said Saturday that it was “ridiculous” the White House didn’t provide full media access to the Pham-Obama meeting. In a Friday afternoon chat with the Erik Wemple Blog, recently retired ABC News White House correspondent Ann Compton struggled to fathom the rationale for restricting access, given that the White House has been aggressive in sending the message that it’s fighting Ebola: “She’s been in government medical care for the last how many days?” notes Compton. “And she walks out unexpectedly looking terrific — why wouldn’t you want the world to see that the U.S. is doing what the White House has said? So today makes no sense to me.”

Yet there’s more texture to this access question. Last November, a large group of news organizations sent a letter to the White House protesting limited access for their photographers at newsworthy events involving the president. “The restrictions imposed by the White House on photographers covering these events, followed by the routine release by the White House of photographs made by government employees of these same events, is an arbitrary restraint and unwarranted interference on legitimate newsgathering activities. You are, in effect, replacing independent photojournalism with visual press releases,” read the letter, in part.

One such visual press release fell into the laps of the media just last month. Obama met Sept. 16 at the White House with Ebola survivor Kent Brantly, a doctor who had contracted the virus while assisting patients in Liberia. Reporters and photographers weren’t allowed to attend that meeting, leaving news organizations with the option of running a photo from official White House photographer Pete Souza or choosing some other half-measure.

Doug Mills, a New York Times photographer who has been covering White Houses going back to the Reagan administration, says that, to the best of his recollection, the media wasn’t aware of the Brantly meeting until the White House released Souza’s photo. “Obviously we were pretty upset about it,” says Mills, though he noted that there was no firestorm over this episode. After some quiet discussions with others, Mills asked to have a chat with Earnest. “He apologized,” says Mills of Earnest. “He said, ‘We’ll do better,’ and I think that they have honestly tried to do better in every situation. … I think the relationship has gotten stronger, and I think Josh is making a lot of efforts to get us in” to events, says Mills.
Referring to the Pham photo access, Mills says, “I would say that this is a pretty good example of progress.” Christi Parsons, the WHCA’s president, tells the Erik Wemple Blog a similar story — that the White House has “increased” the number of opportunities for still photographers since last year’s protest.

The differing reactions to Pham’s appearance at the White House expose what a headache it is to run the WHCA. Radio, print, broadcast, still photographers — they all have different needs when it comes to access. One of the few things all agree on is that representatives from all media factions be allowed into everything. Which will happen at the same exact time that the government fulfills all pending FOIA requests.

There are other signs of improvement, according to Parsons. The White House is working on a weekly basis with a WHCA liaison to discuss “opportunities for more coverage,” with the result that “there have been several times when we have been able to work new coverage opportunities into the schedule,” she says. WHCA is now working on a set of “objectives” for further access to the White House, and at Saturday’s event there was a bit of fantasizing about a weekly Q&A session with the president himself.

When asked about this stuff, White House spokesman Eric Schultz issued this (on-the-record) response: “We believe in the value of transparency, and that is why we work to provide as much access as we can. That said, the press has a responsibility to always push for more access and if they didn’t, they wouldn’t be doing their jobs.”