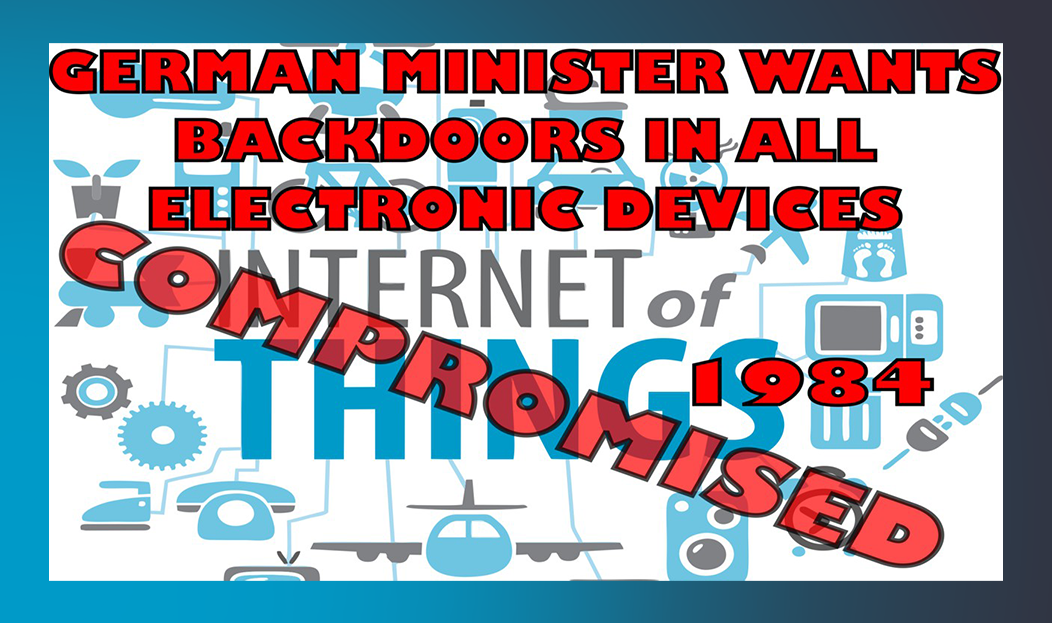 In this report, Luke Rudkowski of WeAreChange gives you the latest breaking news on Michael Flynn pleading guilty to lying to the FBI, while he was in contact with a Russian ambassador for Jared Kushner, when Donald Trump was President-Elect. A fact that ABC news Brian Ross with the View got wrong. We also go over Hillary Clinton, UN security council votes and other important international news.

Welcome back beautiful and amazing human beings to the WeAreChange weekly recap. Today we try to warn you about the technocratic surveillance state that wants to take away your freedoms in exchange for convenience. Plus many other important developments around the world that you’re not supposed. We will be talking about the outrageous Michael Flynn developments that have a lot to do with Israel than Russian collusion. A country that just made their first steps towards a greater war with Iran. We also get into additional injustices surrounding Harvey Weinstein and Jeffrey Epstein. Also discussed is how the Germans want a backdoor to everything. Not a surprise there.

The most significant story this week is that Donald Trump’s former national security adviser Michael Flynn has pled guilty to lying to the FBI about his contact with the Russian ambassador. 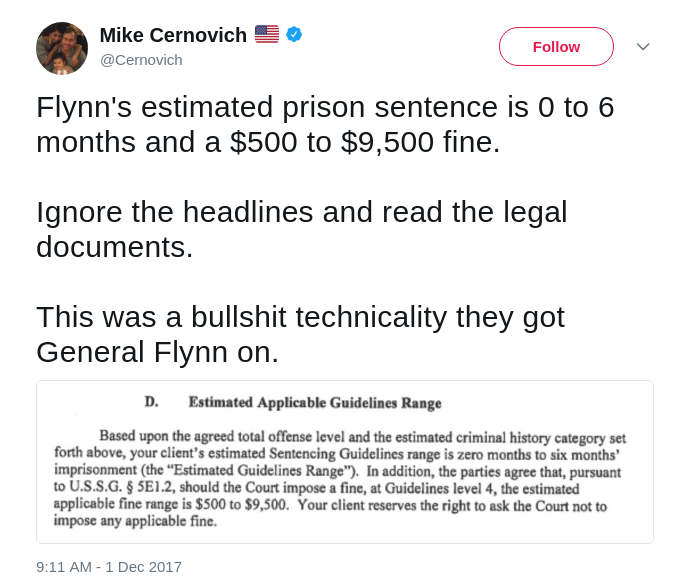 “Oh my god and is prepared to testify that as a candidate Donald Trump directed him to make contact with the Russians.”

That ABC report was fake news since ABC retracted the story. Michael Flynn did not contact Russia when Donald Trump was still a candidate but after he was elected president of the United States. This is a very important factor since he was already President-Elect Donald Trump and not a candidate and it shows the contact was not illegal. For some reason, ABC decided to point the finger and suspend the anchor of this broadcast and not the executive producer. The same producer who is married to Susan Rice Obama’s national security adviser. Yes, the mainstream media is just a little biased there. They got their facts wrong. This gives Trump more ammunition. They’re still going on about this Russian plot when the story here is entirely different. They’re not talking about it for a particular reason.

We’re finding out that it was Jared Kushner, Donald Trump’s son-in-law and advisor who was the one who asked Michael Flynn to call members of the UN Security Council’s on his behalf. 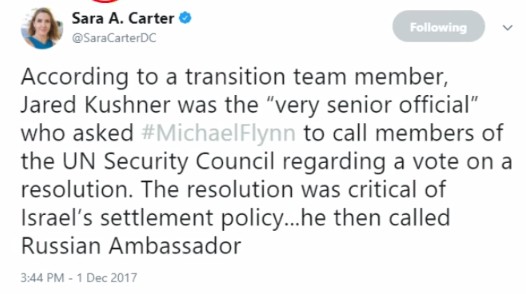 Doing this on orders from Israel. Prime Minister Benjamin Netanyahu wanted a resolution that was critical of Israel settlement policy to be voted in Israel’s interests. It was Jared Kushner the Saudi weapons dealing son-in-law of Donald Trump that directed Flynn to call every member of the UN Security Council including Russia. Since Michael Flynn has pled guilty to lying to the FBI, he will now cooperate in this Russian probe within Trumps administration. We will be finding out if more of these sources are right. This shows Donald Trump colluding and advancing Israel’s interest, not Russia’s.

We have also found out that Jared Kushner failed to disclose that he led a foundation that was funding illegal Israeli settlements before this UN vote. A vote which was unlawful under international law and a violation because he didn’t put it on his financial records with the office of government ethics earlier this year. 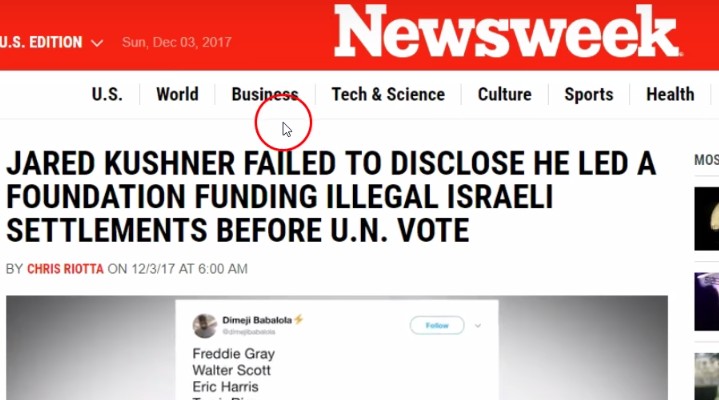 This is the same Jared Kushner that has been flying to Saudi Arabia and Israel for Donald Trump several times recently. Supposedly to do negotiations of future the United States Middle Eastern policy and also where he negotiated a better weapons deal for Saudi Arabia. An agreement which in exchange donated a lot of money to Ivanka Trump. What ultimately really happened is that Michael Flynn lied and according to Donald Trump this is why he fired Michael Flynn early on in his administration. Keep in mind it was the Obama administration that authorized Michael Flynn to make contact with the Russian ambassador. Donald Trump is firing back on Twitter where he is even telling people to sue ABC for their misreporting and fake news because of the damages cost to the stock market. 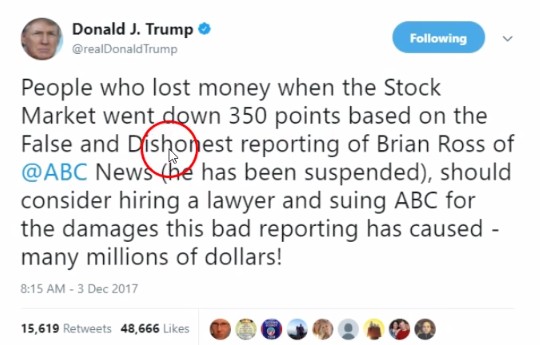 He’s going on about how Michael Flynn had his life destroyed when crooked Hillary Clinton was being investigated. She was not on the record, she didn’t have to swear in, and lied many times about her situation. Trump is still tweeting while we report on this story.

There are new developments that show how the FBI had an anti-Trump agent that was leading the Hillary Clinton email probe. New documents are proving the complicity. We have to understand this is the same FBI that sets up fake terrorist plots. It was Michael Flynn who under the Obama administration exposed how the rise of ISIS was a willful decision by the US government.

This is something that pissed off the intelligence community for it revealed how the US government played a major role in the rise of radical Islamic terrorists. This was done in cooperation with Israel and Saudi Arabia. 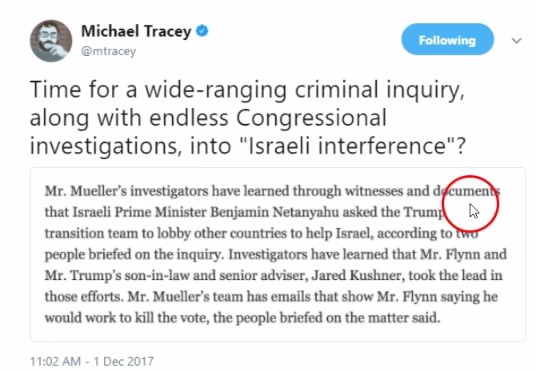 This whole situation is all about with Israel interfering, lobbying, conspiring with the United States, not Russia. However, it gets a lot worse as we’re getting new statements from Trump’s administration and the CIA director who just came out and said that they are working with the Saudis and Israelis to “fight terrorism.” Most importantly a joint operation against ISIS and Iran. I have to ask which one is it. If you look at all the important geopolitical events and updates that have been happening Iran has been fighting ISIS while the United States has been arming the rebel groups against Iran. So again it’s a very duplicitous statement as potential war is on the horizon. Israel just a few moments ago decided to attack an Iranian military base inside of Syria which could ultimately provoke war.

The media is almost completely silent on this even though the ramifications of this are enormous.

Particularly when one considers that China, Russia, Iran, and Syria are being pitted against Israel, Saudi Arabia, and the United States in the key geopolitical location of Syria. Israeli fighter jets launched air-to-surface missiles targeting the Iranian base near Damascus. 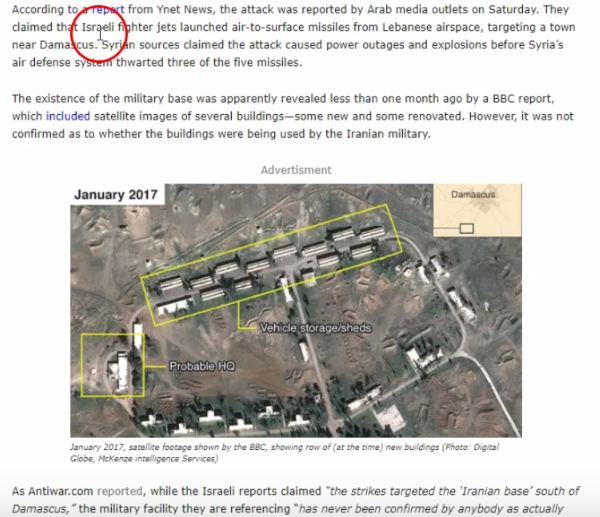 Syria claims the attacks caused power outages and explosions before they turned on their air defenses which thwarted three out of the five missiles. Israel is claiming that this is an Iranian base and Iranian forces are fighting inside of Syria. However, this has not been confirmed. Even the Israeli media is removing the story that this even happened as we’re still waiting for the details to become more evident. This is another major escalation and a destabilization of the current situation in the Middle East. The Prime Minister of Israel Benjamin Netanyahu is doubling down on his tough talk against Iran. We’ve been covering on our YouTube channel. He’s been saying that he “won’t allow Iranians to entrench themselves in Syria.” The situation sure looks like it will escalate from here which we will be following very closely. 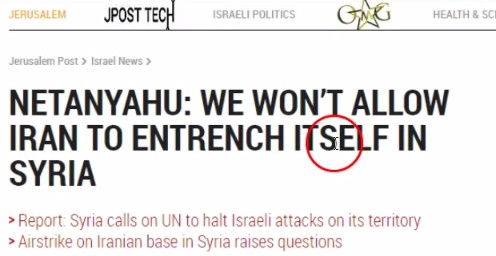 Also this week according to many sources Trump may soon recognize Jerusalem as Israel’s capital. This will be a very controversial move which is not going to make the situation better.

In other sad news, we are learning that in Honduras the U.S.-backed regime is imposing martial law. They are suspending constitutional rights with major protests and clashes happening in the streets. There are allegations of democide and lethal fire being used on civilians with incredibly graphic and disturbing videos coming out of that country. 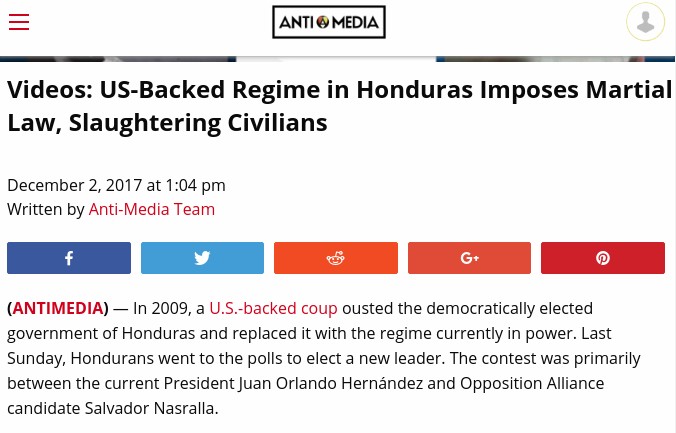 In further injustice news, we are finding out more about Jeffrey Epstein. The man behind the Lolita Express. In his court proceedings where he is facing charges for sexual relationships with underage girls is being significantly delayed. The judge has stated that he won’t allow any X-rated evidence into the court.

Epstein is the man who is connected with the Clintons and also Kevin Spacey who associated with this man on his private island in the US Virgin Islands. He has settled way too many cases against him when it comes to having underage sex with minors.

A similar situation is happening with media mogul and sexual predator Harvey Weinstein. The rape investigation is becoming stalled which ultimately points to more injustices. 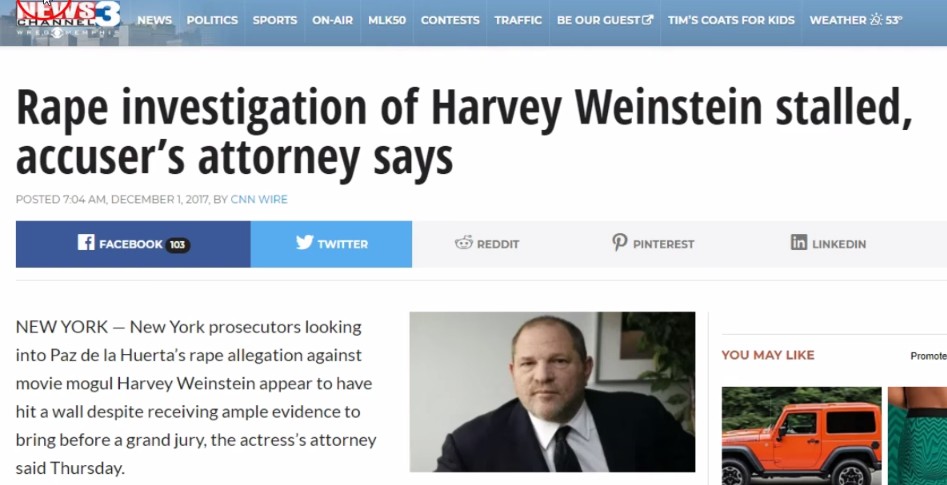 The mainstream media and other news networks predominantly fail to report on the expansiveness of these latest sexual assault cases. This is really not a surprise because we live in a corrupt system.

Moving forward with more international news the French people have more to look forward to as gender-based insults have now become a legal offense. The government is doing what they do best taking away your freedoms. Which of course they would never use for their own larger political purposes especially since free speech brings ideas. Ideas threaten authority and authority does not like to be threatened. France will never use the restriction of free speech for their own benefit. Right? 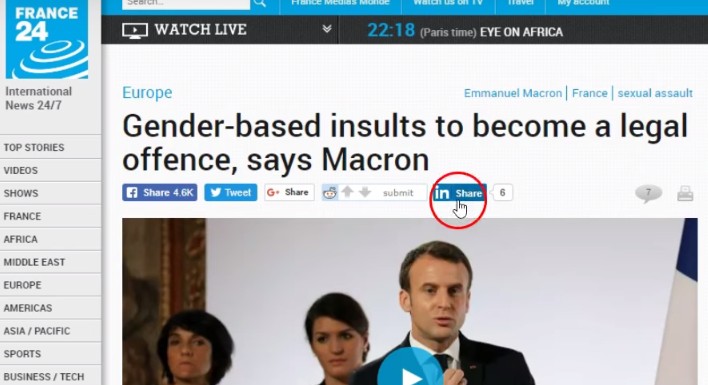 Ze German Government has also announced zis week that ze wants to have backdoor access to every digital device that people in zat country have. Zis was a statement by German Interior Minister Thomas de Maizière. What could go wrong with the big government wanting access to all of your digital devices whether a car, your computer, your phone or whatever the hell you use? Even your microwave is now a damn computer and just imagine what the government would do with access to all of these things in your life. Luckily this is a proposed law that has not gone into effect and hopefully will be stricken down. If the German people learned anything throughout history is that they shouldn’t trust their government.

As I do my news report as always, informing you about all these things I’m also being censored. I just found out that content that is demonetised by YouTube actually gets fewer views and hits then content that is monetized. Which means the majority of my videos are getting fewer views than they should. All because of the stupid AI algorithm that YouTube has that make sure that these ideas, content and news reporting gets ignored and under-reported. YouTube is just going to demonetize it and not show it to anyone. 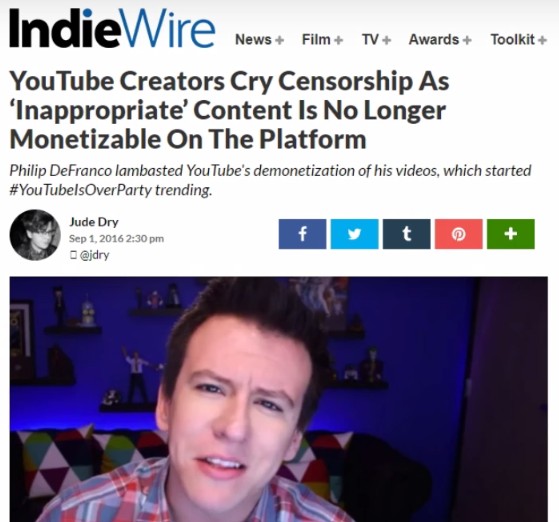 They will make sure that there’s an unfair advantage. This has been happening for years now. We were demonetized way before it was cool. It does make me think what would happen if this weren’t happening to us. So luckily the few people who still get to watch it support and sponsor this entire broadcast. Thank you for your donations on https://wearechange.org/donate. If it wasn’t for you we wouldn’t be here.

So that is the news for this week let me know if you think I missed the story in the comments. I always answer questions as soon as the video comes out and because you guys allow me to do this. Thank you for allowing me to be here. Thank you again. Stay tuned for more.