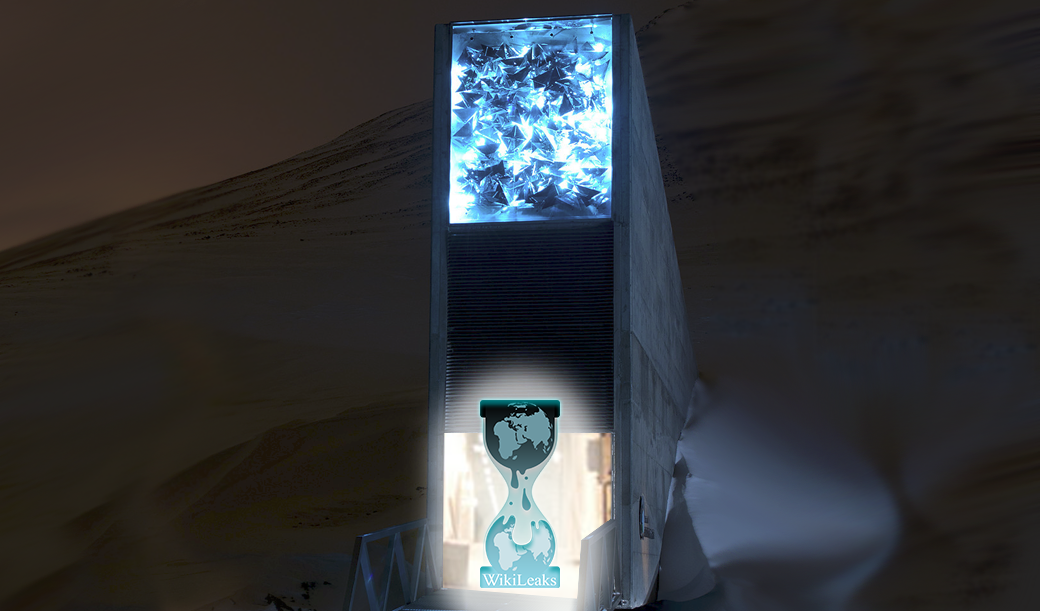 (WRC) – WikiLeaks released part one of Vault 7 on Tuesday morning, an hour earlier than originally announced. The stream was attacked and the press conference delayed, so it seems WikiLeaks responded by releasing the password to the files ahead of schedule.

NOTICE: As Mr. Assange's Perscipe+Facebook video stream links are under attack his video press conference will be rescheduled.

NOTICE: As Mr. Assange’s Perscipe+Facebook video stream links are under attack his video press conference will be rescheduled.

How the CIA built a vast cyberweapons arsenal–and then lost control of it https://t.co/K7wFTdlC82 #Vault7 pic.twitter.com/06BKihmHwn

The full press release as posted on WikiLeaks site reads:

Today, Tuesday 7 March 2017, WikiLeaks begins its new series of leaks on the U.S. Central Intelligence Agency. Code-named “Vault 7” by WikiLeaks, it is the largest ever publication of confidential documents on the agency.

The first full part of the series, “Year Zero”, comprises 8,761 documents and files from an isolated, high-security network situated inside the CIA’s Center for Cyber Intelligence in Langley, Virgina. It follows an introductory disclosure last month of CIA targeting French political parties and candidates in the lead up to the 2012 presidential election.

Recently, the CIA lost control of the majority of its hacking arsenal including malware, viruses, trojans, weaponized “zero day” exploits, malware remote control systems and associated documentation. This extraordinary collection, which amounts to more than several hundred million lines of code, gives its possessor the entire hacking capacity of the CIA. The archive appears to have been circulated among former U.S. government hackers and contractors in an unauthorized manner, one of whom has provided WikiLeaks with portions of the archive.

“Year Zero” introduces the scope and direction of the CIA’s global covert hacking program, its malware arsenal and dozens of “zero day” weaponized exploits against a wide range of U.S. and European company products, include Apple’s iPhone, Google’s Android and Microsoft’s Windows and even Samsung TVs, which are turned into covert microphones.

Since 2001 the CIA has gained political and budgetary preeminence over the U.S. National Security Agency (NSA). The CIA found itself building not just its now infamous drone fleet, but a very different type of covert, globe-spanning force — its own substantial fleet of hackers. The agency’s hacking division freed it from having to disclose its often controversial operations to the NSA (its primary bureaucratic rival) in order to draw on the NSA’s hacking capacities.

By the end of 2016, the CIA’s hacking division, which formally falls under the agency’s Center for Cyber Intelligence (CCI), had over 5000 registered users and had produced more than a thousand hacking systems, trojans, viruses, and other “weaponized” malware. Such is the scale of the CIA’s undertaking that by 2016, its hackers had utilized more code than that used to run Facebook. The CIA had created, in effect, its “own NSA” with even less accountability and without publicly answering the question as to whether such a massive budgetary spend on duplicating the capacities of a rival agency could be justified.

In a statement to WikiLeaks the source details policy questions that they say urgently need to be debated in public, including whether the CIA’s hacking capabilities exceed its mandated powers and the problem of public oversight of the agency. The source wishes to initiate a public debate about the security, creation, use, proliferation and democratic control of cyberweapons.

Once a single cyber ‘weapon’ is ‘loose’ it can spread around the world in seconds, to be used by rival states, cyber mafia and teenage hackers alike.

Julian Assange, WikiLeaks editor stated that “There is an extreme proliferation risk in the development of cyber ‘weapons’. Comparisons can be drawn between the uncontrolled proliferation of such ‘weapons’, which results from the inability to contain them combined with their high market value, and the global arms trade. But the significance of “Year Zero” goes well beyond the choice between cyberwar and cyberpeace. The disclosure is also exceptional from a political, legal and forensic perspective.”

Wikileaks has carefully reviewed the “Year Zero” disclosure and published substantive CIA documentation while avoiding the distribution of ‘armed’ cyberweapons until a consensus emerges on the technical and political nature of the CIA’s program and how such ‘weapons’ should analyzed, disarmed and published.

Wikileaks has also decided to redact and anonymise some identifying information in “Year Zero” for in depth analysis. These redactions include ten of thousands of CIA targets and attack machines throughout Latin America, Europe and the United States. While we are aware of the imperfect results of any approach chosen, we remain committed to our publishing model and note that the quantity of published pages in “Vault 7” part one (“Year Zero”) already eclipses the total number of pages published over the first three years of the Edward Snowden NSA leaks.

Listing of some of CIA's iOS exploits, according to Wikileaks "Vault 7" leak. pic.twitter.com/vGiEeo0xwn

Breaking: Skype voice conversations are converted into text in real-time, scanned for contents of interest and stored in CIA spy cloud.

BREAKING: CIA turned every Microsoft Windows PC in the world into spyware. Can activate backdoors on demand, including via Windows update.

Obama accused Russia of cyberattacks while his CIA turned all internet enabled consumer electronics in Russia into listening devices. Wow!

U.S. Consulate in Frankfurt is a covert CIA hacker base https://t.co/K7wFTdlC82 pic.twitter.com/oqjtcVb56E

WikiLeaks #Vault7 confirms:
1. CIA can bypass Signal encryption
2. CIA can spy on you through your smart TV
3. CIA more advanced than NSA pic.twitter.com/VYay9S9bhS

CIA uses techniques to make cyber attacks look like they originated from enemy state. It turns DNC/Russia hack allegation by CIA into a JOKE

#Vault7 reveals that the CIA hacks its own double agents ("liaison asset") so often, they're on a check box 'menu' of popular attacks. pic.twitter.com/o3OJcWPnoE

(THIS IS A DEVELOPING STORY – STAY TUNED TO WE ARE CHANGE FOR UPDATES, ANALYSIS OF THE DOCUMENTS AND MORE BREAKING #VAULT7 NEWS!)