WOMAN CALLS POLICE OVER DOMESTIC DISPUTE WITH HER HUSBAND, COP SHOWS UP AND RAPES HER 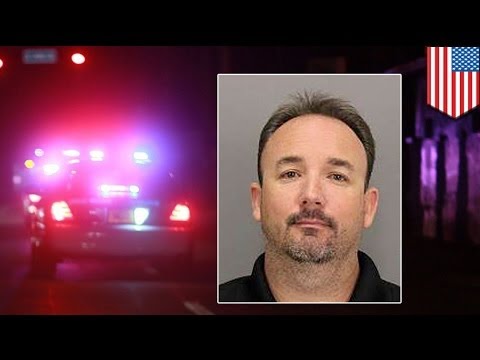 SAN JOSE — When a woman called the police because she was having a domestic dispute with her husband, the last thing she expected was to be raped by the cop who arrived.

After the dispute with her husband, the woman wanted to stay in a nearby hotel.

Officer Geoffrey Graves and another officer drove her to that hotel, she got a room and said goodbye.

Then she fell asleep, thinking it was all over.

It turns out that Officer Graves stayed in the parking lot lurking outside her room,according to reports.

He was with another officer, but the 2nd officer had to leave for another call.

That’s when, at around 3 AM, Officer Graves approached the woman’s hotel door and knocked loud enough to wake the woman up.

The woman didn’t expect to open it and find Officer Graves standing there, as she thought that he had already left.

Officer Graves immediately entered the room and grabbed the woman.

He then pushed her down onto the bed. Officer Graves then began stripping down, but he left on his bullet proof vest and still had his gun nearby.

“The defendant took off parts of his uniform with the exception of his bullet proof vest,” according to reports.

He then climbed on top of the woman while she was resisting and forcibly penetrated her.

10 minutes later, he left the hotel as if nothing had happened.

Furthermore, ”physical evidence corroborates the victim’s allegations. The victim positively identified the defendant during the investigation of this incident,” sources say.

Officer Graves was booked into the Santa Clara County Jail but he was released immediately after posting bail, spending no time in custody.

The department has assured the public that they launched an investigation into the case, and that Graves was placed on paid leave on Oct. 17.

Police Chief Larry Esquivel released a statement assuring the public that what Officer Graves was just one bad apple, saying,  ”While this incident is very troubling and tugs at our integrity, it is an isolated incident and by no means a reflection of our officers who perform their duties with honor and professionalism on a daily basis.”