Nearly three weeks ago, a cache of approximately 25,000 email addresses and records of organizations involved with COVID-19 were leaked, including the Wuhan Institute of Virology (WIV), the WHO, the US National Institute of Health, and the Gates Foundation.

Today, The Weekend Australian reports that a dataset obtained from the WIV using the hacked credentials suggests that cases in China have been under-reported.

“I’ve had credible sources tell me that people have used the credentials that were leaked on Twitter and Facebook to access the lab,” said Robert Potter, CEO and founder of online security firm Internet 2.0 – who added that he has “high confidence” in the records, and that it was “highly unlikely that the data had been fabricated.”

“They appear to showcase tracking from what I think is probably a research project within the Wuhan lab working on coronavirus data.

“It’s not data of individual cases, it’s tracking buildings where there are confirmed or suspected (cases) or recoveries or people have died from coronavirus in those buildings. The metadata tab translated to English shows areas (that) correspond to apartment blocks a lot of the time.

But I would also say that the data doesn’t appear to cover every case in China, but it covers different cases to what have been publicly reported.”

The dataset includes an ID, collection time, number of deaths and recoveries, and geolocation information for buildings with infected people. 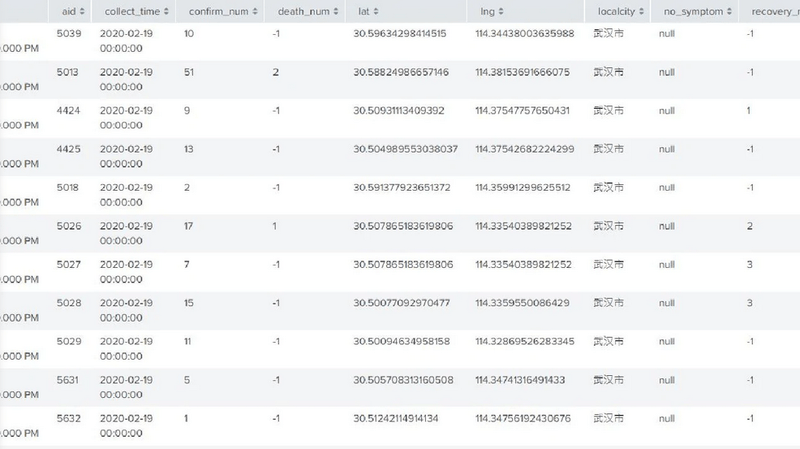 He said the records included cities that hadn’t appeared among publicly revealed cases. He found more cases from the northern city of Harbin than reported. There were cases in Inner Mongolia and Shanxi Province not found in public data. He had done comparisons with recently released information in China.

He said there were two possibilities for the blank records in early February, one being that data was uploaded in late February or data had been deleted because there “appears to be logs for those days … but they have no entries”.

So it appears that there could be data from before that period that may have been deleted.

There seems to be a high sensitivity around data from that period: –The Weekend Australian

We’ve long known that the data coming out of China is bogus. In March, Chinese investigative outlet Caixin revealed that when mortuaries opened back up this week, photos revealed a far greater number of urns than reported deaths. In one, a truck loaded with 2,500 urns can be seen arriving to the Hankou Mortuary. According to the report, the driver said he had delivered the same amount the previous day. 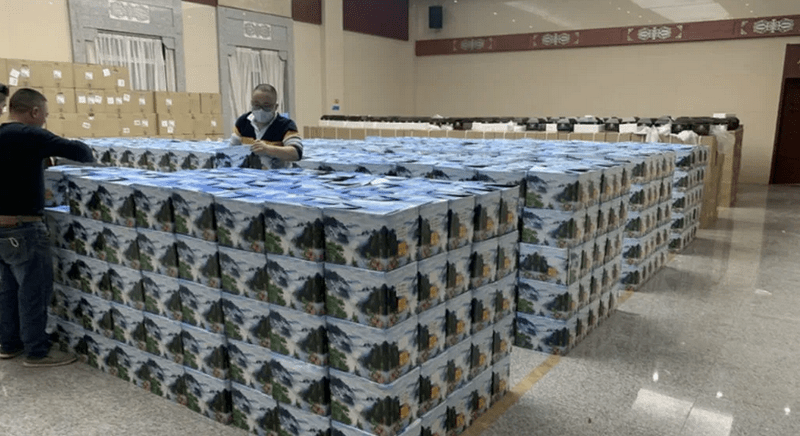 In another photo, seven 500-urn stacks can be seen inside the mortuary, adding up to 3,500 deaths.

This adds up to more than double the amount of reported deaths in the region – for which grieving family members waited in line for as long as five hours to collect, according to Shanghaiist. 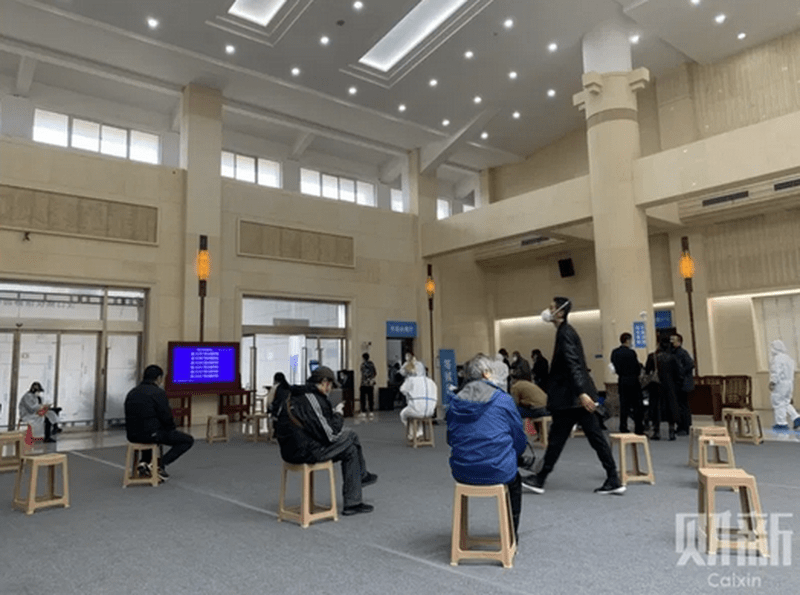 And according to Radio Free Asia (funded by the US State Department, so take with a grain of salt), there were around 46,800 deaths in Wuhan, vs. the 4,633 reported.

Reminder to all of the journalists that took China at face value when they claimed they had no more cases https://t.co/mlS0t9HvRo