A seafood market at the heart of the coronavirus outbreak has been demolished two months after it was closed down, according to journalist Jennfer Zeng.

According to a scientific study published in The Lancet, 66% of patients admitted to Wuhan hospitals (27 out of 41) as of January 2nd had been exposed to the Huanan seafood market.

And as Botao Xiao of the South China University of Technology notes, the market was just 918 feet from a Wuhan level-4 biolab conducting experiments on bat coronavirus. 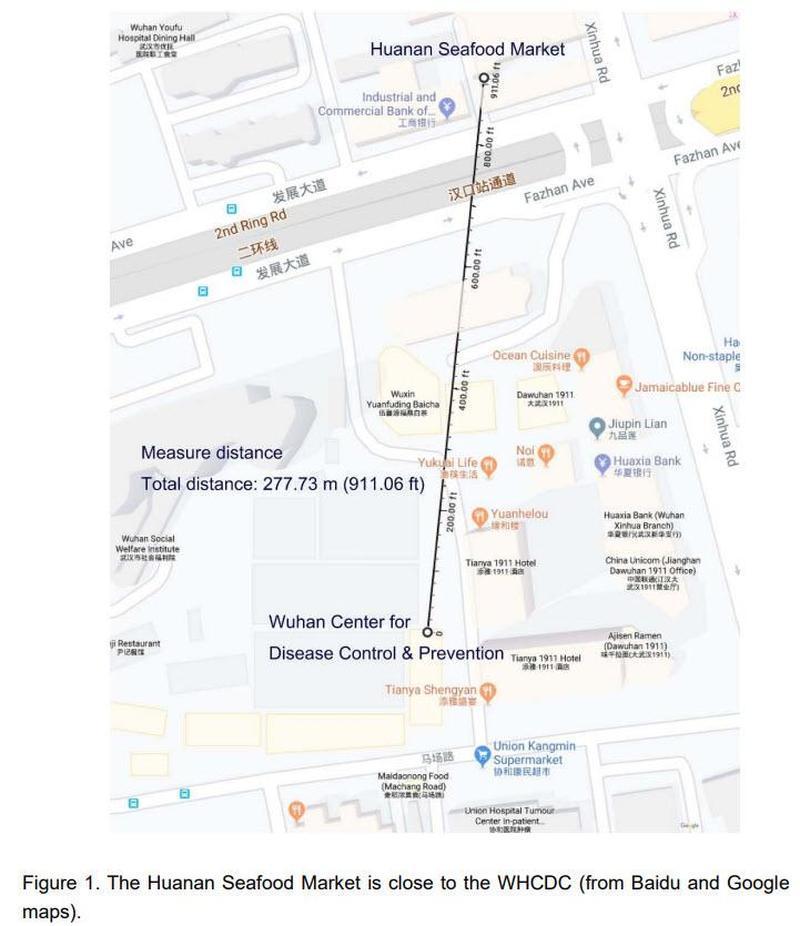 Of course, China denies that the4 virus originated at the seafood market – publishing via CCP mouthpiece The Global Times a report titled: “New Chinese study indicates novel coronavirus did not originate in Huanan seafood market.”

According to the brand new study by Chinese researchers published on Feb 21,  the novel coronavirus may have begun human-to-human transmission in late November from a place other than the Huanan seafood market in Wuhan. Of course, we already knew that, but what is critical is that until now, Beijing was adamant in sticking to the official narrative that it was the Huanan seafood market in Wuhan where the disease emerged, despite not providing any information on what animal was the vector, or who was patient zero. 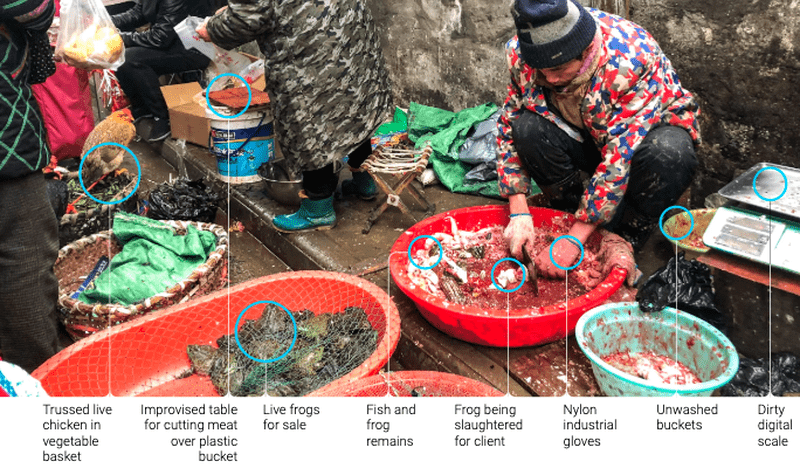 The study suggests that patient zero – who has not yet been identified, and whose identity holds the key to unraveling the mystery of the coronavirus source – transmitted the virus to workers or sellers at the Huanan seafood market. The crowded market facilitated the further transmission of the virus to buyers, which caused a wider spread in early December 2019. According to the researchers, the new coronavirus experienced two sudden population expansions, including one on January 6, 2020, which was related to the Chinese New Year’s Day holiday.

So, COVID-19, which is 96% identical to bat coronavirus, didn’t escape from a level-4 biolab that was experimenting on bat coronavirus, located 918 feet from the first cluster of cases – according to China. And now, the seafood market at the heart of the outbreak which has killed over 3,000 globally and continues to rapidly spread, is no more.