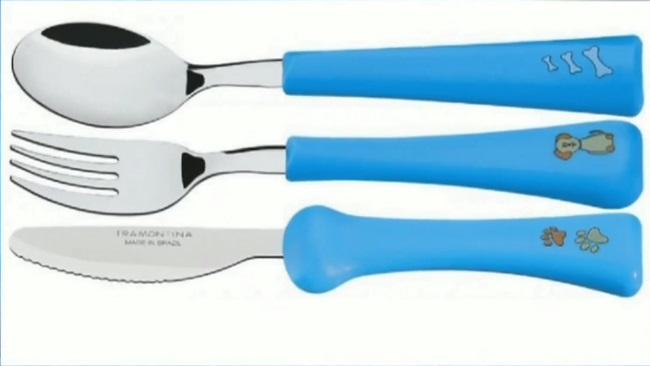 An 11-year-old honor roll student is in serious trouble after bringing a child’s butter knife to school, so that she could cut a peach and share it with a friend at lunch. 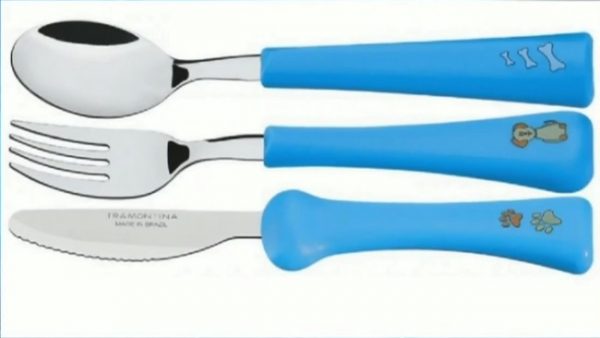 The student at Silver Trail Middle School in Pembroke Pines, Florida, has already been suspended for six days, and may face criminal charges over the utensil.

“This is a set of a spoon, fork, and knife for toddlers—one year old,” Andrea Souto, the child’s mom, told Local 10. “It is made for children to learn how to eat properly. She’s used it since she was baby.”

The girl’s father, Ronald Souto, maintains that his child is a good kid — and was simply trying to bee a good friend and share some fruit.

The school is claiming that the pint-sized cutlery violated the school’s weapon policy, and after the miniature butter knife was spotted the student was pulled out of the cafeteria by an administrator.

“She’s afraid now of the educators. She’s afraid of people at school. They need to change the system,” Ronald Souto added.

Since a “weapon” was involved, the school called Pembroke Pines Police Department, who investigated the incident and turned it over to the State Attorney’s Office.

“The school followed district policy regarding this incident and continues to work with the student and parents involved. It is the district’s priority to maintain safe and secure campuses for students and staff at all times,” a spokesperson for Broward County school district said in a statement.

The State Attorney has not yet commented on whether or not charges will be filed against the child.

“The school board has abused its discretion to act in this case,” the family’s lawyer Larry Meltzer said. “It is tragic that a school that this little girl loves sees fit to prosecute and suspend her — the epitome of a model and honor roll student — for using a child-proof utensil that could never be construed in any form as a weapon in order to share part of her lunch with a fellow classmate.”

Meltzer added that not only should no charges be filed, but the young girl should be celebrated for being a good kid.

“This item at all times was used in the school’s lunch room as it should be — to cut a peach and share lunch with a friend. She should be applauded for her generosity, kindness and for her motivation to be a great student in all senses of that word,” Meltzer said.

The lawyer maintains that the only wrong doing here, was exacted by the school administration.

“The only harm that has been exacted in this case is by Silver Trail Middle School and the Broward County School Board upon one of its finest students and upon one who exemplifies the type of person and student it wishes to help create. It is truly senseless and does reflects poorly upon the type of educators and law enforcement involved in this case.”