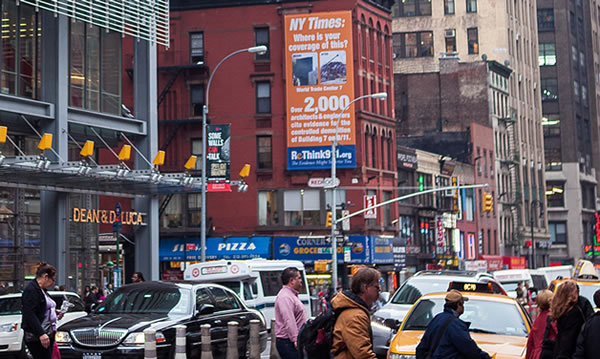 After 9/11, everything has changed – these are the great individuals who are taking action to revert that process. One of the latest endeavors was the installment of a billboard placed directly in front of the New York Time’s office building (pictured below). 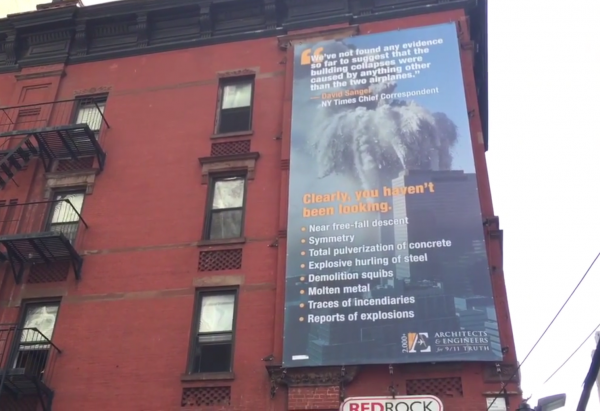 The billboard is specifically targeted at New York Time’s Chief Correspondent, David Sanger; one of Sanger’s quotes in particular inspired the placement of this billboard:

“We have not found any evidence so far to suggest that the building collapses were caused by anything other than the two airplanes that flew into them.”

The board is self-explanatory and still manages to be put into great perspective by Gage and Lawyer: