37% of the government’s total reported assets are student loans 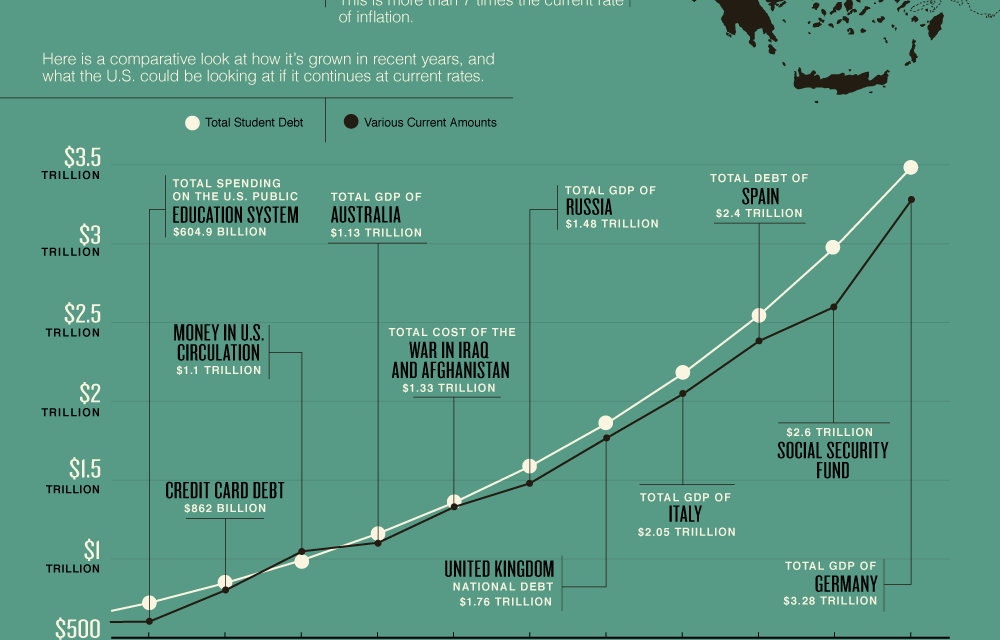 Hot off the presses, the US government just published its audited financial statements this morning, signed and sealed by Treasury Secretary Jack Lew.

These reports are intended provide an accurate accounting of government finances, just like any big corporation would do.

And once again, the US government’s financial condition has declined significantly from the previous year.

This includes everything from financial assets like bank balances to physical assets like tanks, bullets, aircraft carriers, and the federal highway system.

Curiously, the single biggest line item amongst these listed assets is the $1.2 trillion in student loans that are owed to the government by the young people of America.

This is pretty extraordinary when you think about it.

37% of the government’s total reported assets are student loans, which is now considered one of the most precarious bubbles in finance.

$1.2 trillion is similar to the size of the subprime mortgage market back in 2008. And delinquency rates are rising, now at 11.5% according to Federal Reserve data.

Plus, it’s simply astonishing that so much of the federal government’s asset base is tantamount to indentured servitude as young people pay off expensive university degrees that barely land them jobs making coffee at Starbucks.

On the other side of the equation are a reported $21.5 trillion in liabilities, giving the government an official net worth of negative $18.2 trillion.

This is down from last year’s negative $17.7 trillion and $16.9 trillion the year prior. It just keeps getting worse.

But there’s one thing that’s even more incredible about all of this.

You see, each year these financial statements are audited by the government’s in-house agency known as the Government Accountability Office (GAO).

All big companies do this. They publish financial statements, which are then reviewed by an independent audit firm.

Auditors are a critical component of the financial reporting process.

It’s their responsibility to make sure that shareholders and the public can have confidence in a company’s financial statements.

When Apple publishes an annual report, auditors go through all the books of the company and make sure that management is accurately representing the company’s true condition.

Thus when an auditor issues a failing grade, or what’s known as a qualified opinion, there’s usually hell to pay.

At the very hint of impropriety a company’s stock price will tank immediately. People get fired. SEC investigations are launched.

And now based on US securities law and section 404 of the Sarbanes-Oxley Act from 2002, senior executives can face criminal charges if their companies receive a failing grade from their auditors.

This is serious stuff.

Yet year after year the GAO gives the federal government a failing grade in its audit report of America’s financial statements.

This is corroborated by a report published last year stating that the Defense Department has somehow “misplaced” $8.5 trillion of taxpayer money over the last 20 years.

The GAO cites other material weaknesses in the government’s reporting of supposed cost reductions in Medicare and Social Security.

In all, the GAO calculates that these financial uncertainties total $27.9 trillion, suggesting that the government’s true financial condition is far worse than reported.

Bottom line– if this were a private company, Barack Obama and Jack Lew would be wearing dayglo orange jumpsuits in court while facing felony fraud charges.

It’s not just the $18.2 trillion in negative net worth. Or the $41+ trillion (by their own calculations) in the Social Security shortfall.

It’s the fact that they can’t even stand in front of the American people with an honest accounting of how pitiful the financial situation really is.

The government of the United States is totally, desperately, hopelessly bankrupt. And they become even more insolvent with each passing year.

Nearly every single dominant superpower throughout history was eventually consumed by its unsustainable finances.

And in their decline from power, bankrupt governments rely on a simple playbook to desperately try to maintain the status quo by every means available.

They destroy freedom. They impose a police and surveillance state. They seize assets. They wage campaigns of violence and intimidation.

This time is not different. The finances of the US government are obvious, as is the trend.

And this is not a consequence free environment.