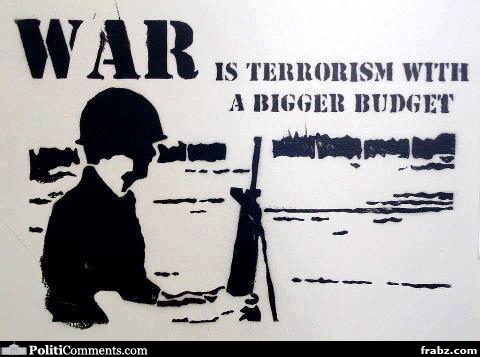 WASHINGTON, Oct. 8— The Justice Department and the Federal Bureau of Investigation have ordered agents across the country to curtail their investigation of the Sept. 11 terrorist attacks so they can pursue leads that might prevent a second, possibly imminent, round of attacks, senior law enforcement officials said.

Since Sept. 11, Attorney General John Ashcroft has become increasingly involved in the details of the F.B.I.’s counterterrorism operation. He often spends hours each day with Director Robert S. Mueller III of the F.B.I. at the bureau’s high-tech operations center, demonstrating the importance the Bush administration places on the effort to thwart future attacks.

The officials said the attorney general and the F.B.I. director had also ordered agents to end their investigative surveillance of some terrorism suspects and immediately take them into custody.

The order has resulted in the arrest of many immigrants suspected of involvement with groups linked to Osama bin Laden. But it has also met with resistance from F.B.I. agents who believed that surveillance — if continued for days or weeks — might turn up critical evidence to prove who orchestrated the attacks on the World Trade Center and the Pentagon.

”The investigative staff has to be made to understand that we’re not trying to solve a crime now,” said a law enforcement official, speaking on condition of anonymity. ”Our No. 1 goal is prevention.”

Another official said Mr. Ashcroft and Mr. Mueller had struggled to overcome a culture within the F.B.I. in which agents detain terrorist suspects only after collecting detailed evidence, often based on wiretapping and other electric surveillance. The problem is ”a culture, a mindset,” the official said.

An F.B.I. spokesman, John Collingwood, disputed the suggestion that agents were reluctant to make arrests.

”We all agree that this is the proper course to follow,” Mr. Collingwood said. ”The F.B.I. must continue investing towards maximum prevention capacity on every front”

Law enforcement officials said the investigation of the Sept. 11 attacks was continuing aggressively. At the same time, they added, efforts to thwart attacks have been given a much higher priority. Mr. Ashcroft and Mr. Mueller have ordered agents to drop their investigation of the attacks or any other assignment any time they learn of a threat or lead that might suggest a future attack.

Officials said Mr. Mueller, who was sworn in last month, believed that his agents had a broad understanding of the events of Sept. 11 and now needed to concentrate on intelligence suggesting that other terrorist attacks were likely. He said at a news conference last week that the bureau was trying to follow up on 260,000 tips, about half of them received on a special hot line and Internet site.

The F.B.I. has described the investigation of the terrorist hijackings as the most exhaustive in its history. Even minor witnesses say they have been interviewed repeatedly, which appears to have alarmed some officials who believe that agents should instead be chasing tips suggesting new terrorist attacks. A woman in Florida who was a neighbor to two of the hijackers said last week that she had been interviewed 18 times by the F.B.I.

At a news conference today, Mr. Ashcroft said federal, state and local law enforcement agencies were placed ”on the highest level of alert” after the United States began a military strike on Afghanistan on Sunday.

”We are taking strong precautions and other appropriate steps to protect the American people while we win this war,” he said, announcing that 614 people had been arrested or detained during the investigation, up from about 500 early last week.

Some officials suggest that Mr. Ashcroft has in effect taken command of F.B.I. operations along with Mr. Mueller, often spending hours a day in the 40,000-square-foot Strategic Information and Operations Center at F.B.I. headquarters on Pennsylvania Avenue, across the street from the Justice Department.

”This is important progress,” a senior official said.

Mr. Ashcroft’s relationship with Mr. Mueller contrasts sharply to that of Janet Reno, the former attorney general, and Louis J. Freeh, who preceded Mr. Mueller. Mr. Freeh was assertively independent, and at times he acted in direct opposition to the wishes of Ms. Reno.

Mr. Mueller appears to be far more willing to coordinate his decision-making with Mr. Ashcroft, a role that Mr. Mueller played earlier this year when he temporarily took the job as deputy attorney general. In part, Mr. Mueller owes his appointment to Mr. Ashcroft. It was Mr. Ashcroft who urged President Bush to select Mr. Mueller and lobbied for him even when Bush aides appeared to want to look elsewhere.

At his news conference today, Mr. Ashcroft declined to say if the government knew of new, credible threats of terrorism. ”I am not prepared to, nor will we, get into a situation where we try to outline all the threats that may or may not come to the United States on a regular basis.”

He said the F.B.I. had contacted 18,000 law enforcement organizations nationwide and 27,000 corporate security managers advising them of the need for the ”highest state of alert.”

While urging vigilance, he also said Americans should not succumb to fear and should continue to try to lead normal lives.

”I do not think that Americans should avoid sporting events or should avoid undertaking their lives in a way which is appropriate to American freedom,” Mr. Ashcroft said.