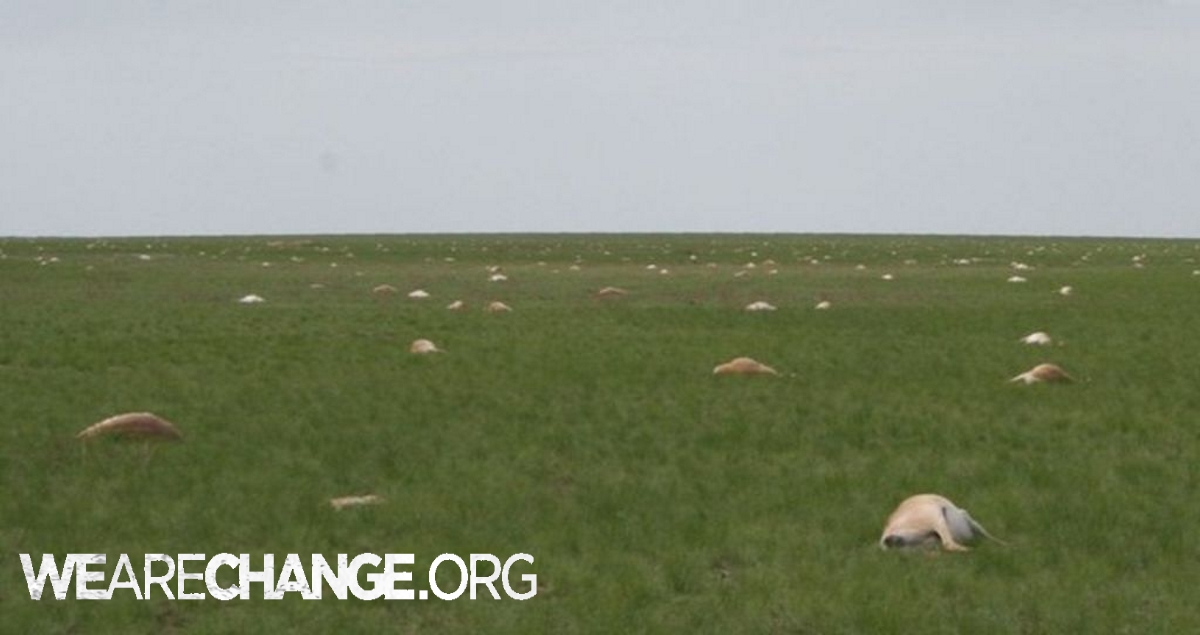 It started in In May 2015, when nearly half of all the saigas, a critically endangered antelope that roams the steppe of Kazakhstan, died off. And according to CBS NEWS Exactly why is a mystery

When geoecologist Steffen Zuther and his colleagues arrived in central Kazakhstan to monitor the calving of one herd of saigas, a endangered antelope, veterinarians in the area had already reported finding dead animals on the grounds.

“But since there happened to be die-offs of limited extent during the last years, at first we were not really alarmed,” Zuther, the international coordinator of the Altyn Dala Conservation Initiative, told Live Science.

But within four days, the entire herd — 60,000 saiga — had died. As veterinarians and conservationists tried to stem the die-off, they also got word of similar population crashes in other herds across Kazakhstan. By early June, the mass dying was over. [See Images of the Saiga Mass Die-Off]

Now, the researchers have found clues as to how more than half of the country’s herd, counted at 257,000 as of 2014, died so rapidly. Bacteria clearly played a role in the saigas’ demise. But exactly how these normally harmless microbes could take such a toll is still a mystery, Zuther said.

“The extent of this die-off, and the speed it had, by spreading throughout the whole calving herd and killing all the animals, this has not been observed for any other species,” Zuther said. “It’s really unheard of.”

Saigas play a critical role in the ecosystem of the arid grassland steppe, where the cold winters prevent fallen plant material from decomposing; the grazing of the dog-size, Gonzo-nosed antelopes helps to break down that organic matter, recycling nutrients in the ecosystem and preventing wildfires fueled by too much leaf litter on the ground. The animals also provide tasty meals for the predators of the steppe, Zuther said.

“Where you find saiga, we recognize also that the other species are much more abundant,” Zuther told Live Science.

Saigas, which are listed as critically endangered by the International Union for the Conservation of Nature, live in a few herds in Kazakhstan, one small herd in Russia and a herd in Mongolia. The herds congregate with other herds during the cold winters, as well as when they migrate to other parts of Kazakhstan, during the fall and spring. The herds split up to calve their young during the late spring and early summer. The die-off started during the calving period.

Die-offs of saigas, including one that felled 12,000 of the stately creatures last year, have occurred frequently in recent years. But the large expanse of the country affected by last year’s die-off meant veterinarians couldn’t get to the animals until long after their deaths. The delay hindered any determination of a cause of death, and researchers eventually speculated that an abundance of greenery caused digestion problems, which led to bacterial overgrowth in the animals’ guts.

This time, field workers were already on the ground, so they were able to take detailed samples of the saigas’ environment — the rocks the animals walked on and the soil they crossed — as well as the water the animals drank and the vegetation they ate in the months and weeks leading up to the die-off. The scientists also took samples of the ticks and other insects that feed on saiga, hoping to find some triggering cause.

The researchers additionally conducted high-quality necropsies of the animals, and even observed the behavior of some of the animals as they died. The females, which cluster together to calve their young, were hit the hardest. They died first, followed by their calves, which were still too young to eat any vegetation. That sequence suggested that whatever was killing off the animals was being transmitted through the mothers’ milk, Zuther said.

Tissue samples revealed that toxins, produced by Pasteurella and possibly Clostridia bacteria, caused extensive bleeding in most of the animals’ organs. But Pasteurella is found normally in the bodies of ruminants like the saigas, and it usually doesn’t cause harm unless the animals have weakened immune systems.

Genetic analysis so far has only deepened the mystery, as the bacteria found were the garden-variety, disease-causing type.

“There is nothing so special about it. The question is why it developed so rapidly and spread to all the animals,” Zuther said.

A similar mass die-off of 400,000 saigas occurred in 1988, and veterinarians reported similar symptoms. But because that die-off occurred during Soviet times, researchers simply listed Pasteurellosis, the disease caused by Pasteurella, as the cause and performed no other investigation, Zuther added.

So far, the only possible environmental cause was that there was a cold, hard winter followed by a wet spring, with lots of lush vegetation and standing water on the ground that could enable bacteria to spread more easily, Zuther said. That by itself doesn’t seem so unusual, though, he said.

Another possibility is that such flash crashes are inevitable responses to some natural variations in the environment, he said. Zuther said he and his colleagues plan to continue their search for a cause of the die-off.