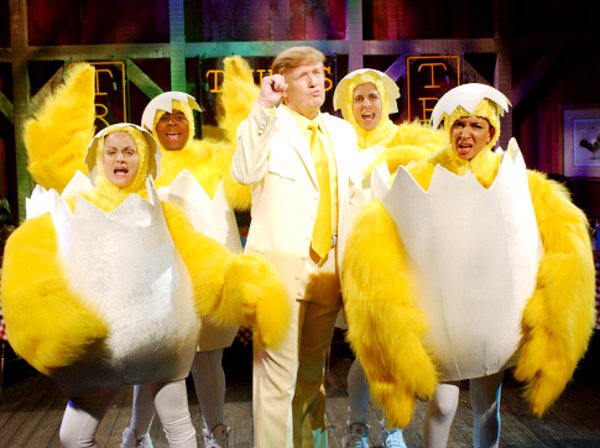 On Friday afternoon, the perfect time in the news cycle to make an announcement that you want buried, Donald Trump announced that he has decided not to debate Vermont Senator Bernie Sanders. 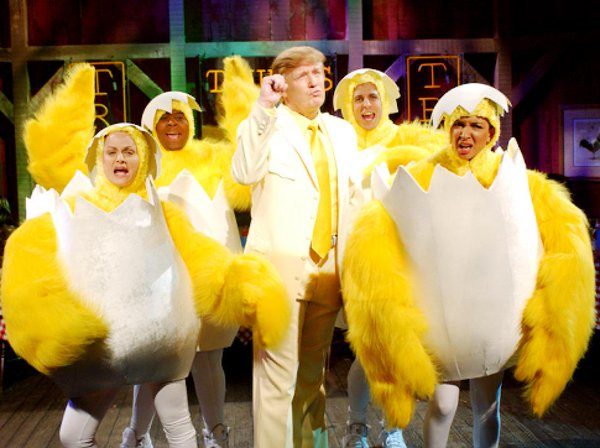 Trump had originally accepted the challenge, provided that proceeds from the event would go to charity, even stating that he would “love to debate Bernie,” at a campaign rally in North Dakota on Thursday.

“He’s a dream,” the real estate magnate said. “If we can raise for maybe women’s health issues or something. If we can raise $10 or $15 million for charity, which would be a very appropriate amount.”

“I understand the television business very well. I think it would get high ratings,” Trump continued.

The plan for the debate began on Wednesday evening, when Trump appeared on Jimmy Kimmel. During the interview, Kimmel read a note from the Sanders campaign inviting him to debate in California.

“How much is he going to pay me?” Trump asked.

“That could happen, I’ve been saying that should happen anyway,” he added. “If he paid a nice sum for charity, I would love to do that.”

Immediately after the segment aired, Sanders took to Twitter and proclaimed “game on.”

Game on. I look forward to debating Donald Trump in California before the June 7 primary.

I am delighted that @realDonaldTrump has agreed to debate. Let’s do it in the biggest stadium possible.

In a statement the next day, Trump — suddenly concerned about what is acceptable behavior — wrote that debating Sanders would be “inappropriate.”

“Based on the fact that the Democratic nominating process is totally rigged and Crooked Hillary Clinton and (Debbie) Wasserman-Schultz will not allow Bernie Sanders to win, and now that I am the presumptive Republican nominee, it seems inappropriate that I would debate the second-place finisher,” Trump’s statement read.

The presumptive Republican nominee also asserted that networks “are not proving to be too generous to charitable causes,” despite the fact that several have made offers — including the Young Turks, who offered a million dollars.

Boxing promoter Bob Arum also offered double the $10 million figure that Trump had thrown out. Arum explained that he would produce and distribute the event live on pay-per-view with 80% of the net profit going to the charities of the candidates’ choice, with a minimum donation of $20 million. He would also allow the candidates to approve the moderators.

“It’s the debate of the century between two of the top pound-for-pound politicians in the country — Mr. Trump, the Republican Party’s presumptive nominee and Senator Sanders, the Democratic candidate,” Arum, the CEO and Founder of Top Rank, told USA Today on Thursday. “We have two contenders ready, willing and able to go mano a mano over the most important issues facing the United States. And I am ready to promote it.”

Sanders responded to Trump’s statement by telling reporters “well, I hope that he changes his mind again.”

“Mr. Trump has been known to change his mind many times in a day,” he continued.

The democratic socialist then added: “Well Mr. Trump, what are you afraid of?”

Sanders says he hopes Trump changes his mind about debating him. "What are you so afraid of?" he asks. https://t.co/f05mPhZbiF

Clinton had previously agreed to debate Sanders prior to the California primary, but has opted not to fulfill her end of the deal as she essentially asserted that the state’s votes do not matter and that she will be the nominee regardless of the outcome.

Naturally, Twitter jumped in to let the former reality star know that he looks like a coward, and before long #ChickenTrump was the top trending hashtag nationwide.

To be honest, @realDonaldTrump was always scared of @BernieSanders! #ChickenTrump you #FeelTheBERN! ?? pic.twitter.com/CJLc4bz7FM

Both Trump and Hillary are officially afraid to debate Bernie. How can they face Putin?#ChickenTrump #ChickenHillary

If you are a supporter of #ChickenTrump aka @realDonaldTrump, you should be ashamed of your candidate backing out! pic.twitter.com/hXZ5fEFfj2

Amusing how a man who claims he will take on ISIL is apparently afraid to take on septuagenarian senator from Vermont in a simple war of words.