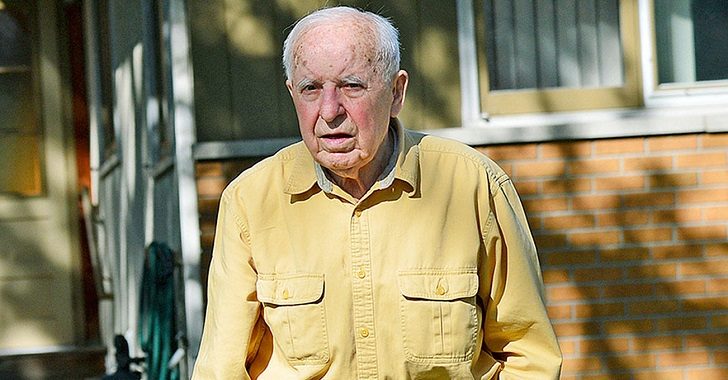 Article via The Anti-Media by Josie Wales

Polish authorities announced Monday that they will seek the arrest and extradition of Michael Karkoc, a 98-year-old U.S. citizen allegedly exposed as a former Nazi commander of an SS-led unit responsible for burning Polish villages in WWII and executing any civilians caught trying to escape.

An investigation by the Associated Press in 2013 revealed that Karkoc failed to disclose his role as a commander for the SS to American immigration officials. According to the report:

“Michael Karkoc, 94, told US authorities in 1949 that he had performed no military service during the war, concealing his work as an officer and founding member of the SS-led Ukrainian Self Defence Legion and later as an officer in the SS Galician Division, according to records obtained by AP through a Freedom of Information Act request.”

Polish prosecutor Robert Janicki issued a statement confirming that the man under investigation is “100%” the Nazi commander. “All the pieces of evidence interwoven together allow us to say the person who lives in the U.S. is Michael K., who commanded the Ukrainian Self Defense Legion which carried out the pacification of Polish villages in the Lublin region,” Janicki said.

Germany decided to drop their investigation, deeming the man unfit for trial when they received medical documentation from doctors who treated Karkoc at a geriatric hospital in the U.S.

However, Efraim Zuroff claims this is a tactic war criminals often use to avoid trial. As Zuroff, the head Nazi hunter for the Simon Wiesenthal Center, told reporters, “It is a very common occurrence that elderly individuals facing prosecution for World War II crimes make every effort to look as sick and as infirm as possible.” It seems Poland has no such plans to let Karkoc escape trial, as Janicki made a point to mention that the man’s age would not prevent them from seeking justice.

“There’s nothing in the historical record that indicates my father had any role whatsoever in any type of war crime activity,” he claims.

The AP would beg to differ. As Lauren Easton, director of the publication’s media relations, said on Monday, “The Associated Press stands by its stories, which were well-documented and thoroughly reported.” She included testimony from other members of the unit, wartime documents, and Karkoc’s own memoir, which is written in Ukrainian.

Prosecutors have asked a court in Lublin to issue an arrest warrant for Karkoc so he can be extradited to Poland, where he would be tried for the murder of citizens in the Polish villages of Chlaniow and Wladyslawin. If convicted, he could spend the rest of his life in prison.