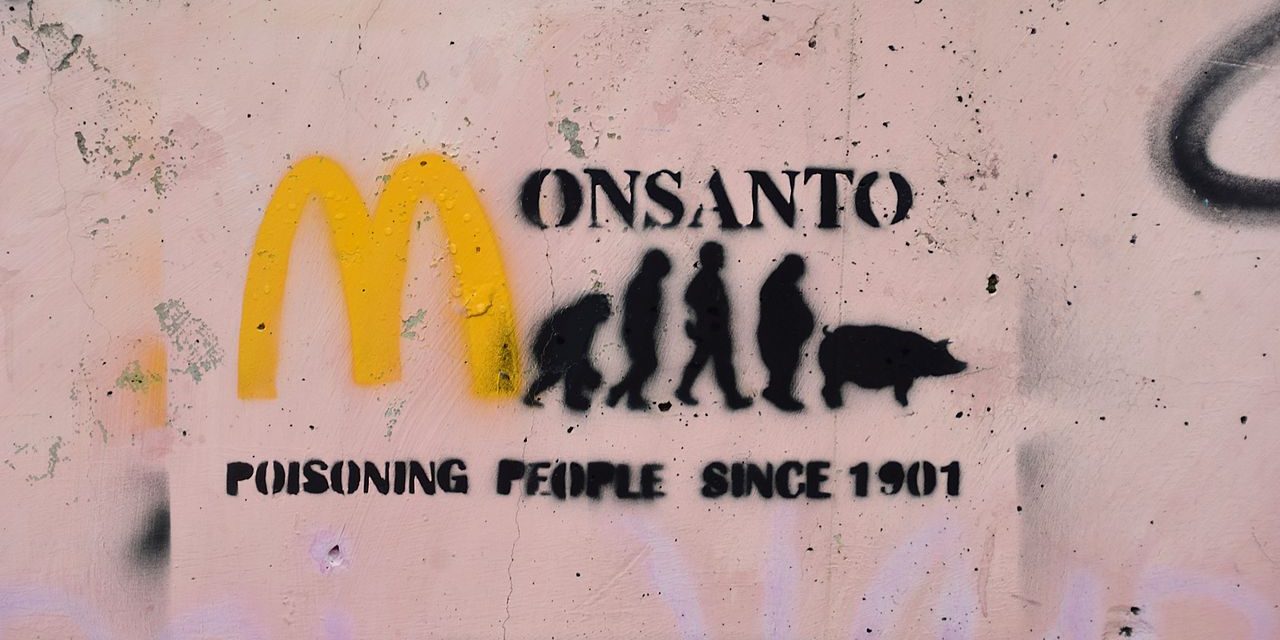 California is the first U.S. state to require Monsanto to label its blockbuster weed killer, Roundup, as a possible carcinogen, according to a ruling issued Friday by a California judge.

Judge Kapetan formalized her ruling Friday against Monsanto, which will allow California to proceed with the process of listing glyphosate, the active ingredient in Roundup, as a chemical “known to the state to cause cancer” in accordance with the Safe Drinking Water and Toxic Enforcement Act of 1986, better known as Proposition 65.

In January of 2016, Monsanto filed a lawsuit against the State of California Environmental Protection Agency’s Office of Environmental Health Hazard Assessment (OEHHA) over the agency’s notice of intent to list glyphosate as a Prop 65 chemical.

OEHHA issued the notice after the World Health Organization’s International Agency for Research on Cancer (IARC) issued a report on glyphosate, which classified the chemical as a “probable human carcinogen.” The IARC report compelled OEHHA to list glyphosate as a Prop 65 chemical and warn consumers about the possible danger associated with glyphosate exposure.

#Monsanto, California Battle Over Listing #Glyphosate as a Carcinogen https://t.co/LuFdeCpJa3 via @EcoWatch pic.twitter.com/hsbJmitjly

Why Did Monsanto Sue the State of California?

In 1986, California voters approved Proposition 65 to address concerns about exposure to toxic chemicals. Prop 65 requires California to publish a list of chemicals known to cause cancer, birth defects or other reproductive harm.

OEHHA is the administrator for the Proposition 65 program and determines in many cases whether chemicals or other substances meet the scientific and legal requirements to be placed on the Proposition 65 list. The agency uses a “Labor Code” listing mechanism, which directs the OEHHA to add chemicals or substances to the Prop 65 list of chemicals known to the state to cause cancer if they meet certain classifications by the IARC.

Monsanto’s lawsuit against OEHHA argued that the statutory basis underlying the agency’s action to list glyphosate as a Prop 65 chemical violates both the California and U.S. Constitutions. According to the complaint, listing glyphosate as chemical known to the state to cause cancer cedes regulatory authority to an “unelected, undemocratic, unaccountable, and foreign body” that isn’t subject to oversight by California or the United States.

Though, according Judge Kapetan ruling:

“… the Labor Code listing mechanism does not constitute an unconstitutional delegation of authority to an outside agency, since the voters and the legislature have established the basic legislative scheme and made the fundamental policy decision with regard to listing possible carcinogens under Proposition 65, and then allowed the IARC to make the highly technical fact-finding decisions with regard to which specific chemicals would be added to the list.

“As Monsanto admits, the IARC’s list is not created in response to the Labor Code listing mechanism or Proposition 65, and in fact IARC has stated that it disavows any policy or rulemaking role, and that it does not intend its determinations to carry the force of law.”

In the months that followed, a number of interested nonparties joined the lawsuit as “intervenors,” either on behalf of Monsanto or on behalf of the State of California.

When a case has the potential to affect the rights of interested nonparties (individuals or organizations not named in the lawsuit), they can become intervenors, effectively joining the litigation either as a matter of right or at the court’s discretion without the permission of the original litigants. Intervention simply gives nonparties that could be affected by a case’s outcome a chance to be heard.

Below are the intervenors in Monsanto Company v. Office of Environmental Health Hazard Assessment, et al.

Teri McCall is one of many California residents to cheer the ruling against Monsanto. Her husband, Jack, sprayed Roundup on the family’s Cambia, California farm for nearly 30 years. In September 2015, Jack went to see a doctor to treat swollen lymph nodes in his neck. That day in the hospital, he learned that the swelling was caused by anaplastic large cell lymphoma (ALCL), a rare and aggressive version of non-Hodgkin lymphoma.

Three months later, Jack suffered a severe stroke due to complications with his cancer treatment. He died on Dec. 26, 2015.

In the wake of her husband’s death, Teri McCall filed a wrongful death lawsuit against Monsanto, alleging the company knew about the link between Roundup and cancer, but failed to warn the public about the risk.

“My husband Jack was very conscious of the dangers of chemicals and his misfortune was taking Monsanto’s word that Roundup was safe,” McCall said at a press conference held in January in Fresno, California, following Judge Kapetan’s tentative ruling

“I don’t want to see any more unsuspecting people die from cancer because they didn’t know of the danger to their health from exposure to Roundup. Glyphosate in Roundup needs to be on the list of Prop 65 chemicals that are dangerous to our health so that people can make informed decisions for themselves about the risks they are willing to take. I don’t believe my husband would have been willing to take that risk,” McCall said.

It’s great to see democracy is alive and well in California where judges are still willing to stand up for science, even against the most powerful corporate polluters. This decision gives Californians the right to protect themselves and their families from chemical trespass.

I am representing Ms. McCall along with Baum, Hedlund, Aristei & Goldman. We are also representing 230 other plaintiffs (45 from California) who are suing Monsanto for non-Hodgkin lymphoma from exposure to Roundup, with more clients coming onboard every week.

This article first appeared on EcoWatch.com and was authored by Robert F. Kennedy, Jr.