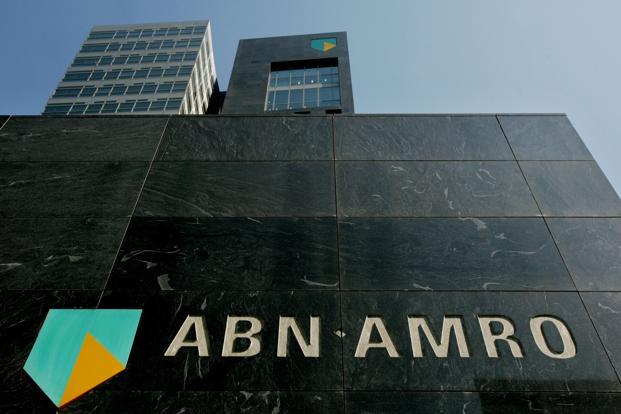 A mere two weeks since former JPMorgan banker, Kenneth Bellando jumped to his death, Bloomberg reports that the former CEO of Dutch Bank ABN Amro (and his wife and daughter) were found dead at their home after a possible “family tragedy.” This expands the dismal list of senior financial services executive deaths to 12 in the last few months. The 57-year-old Jan Peter Schmittmann, was reportedly discovered by his other daughter when she arrived home that morning. Police declined to comment on the circumstances of his (and his wife and daughter’s) death. This is not the first C-level ABN Amro banker to be found dead. In 2009, former CFO Huibert Boumeester was discovered with (assumed self-inflicted) shotgun wounds.As Bloomberg reports,

“The bodies of a father and mother and their daughter were found at the property” in the town of Laren, 32 kilometers (20 miles) southeast of Amsterdam, Dutch police said in a statement on their website today. Leonie Bosselaar, a police spokeswoman, said in a telephone call with Bloomberg News that the deceased were Schmittmann and two family members.

The police received a call around 10:30 a.m. local time from a family acquaintance who said something may be wrong at the property, according to the statement. Bosselaar declined to comment further on what may have happened.

The Dutch newspaper AD reported, without citing anyone, that the family was discovered by Schmittmann’s second daughter when she arrived home this morning. She was scheduled to travel to India with her parents, where she had an internship lined up, the newspaper said.

Schmittmann, 57, joined ABN Amro in 1983 as assistant relationship manager and was named head of the lender’s Dutch unit in 2003. He stepped down from the Amsterdam-based bank in December 2008, after the company was nationalized earlier that year.

Sadly, given recent trends, the default assumption is that it is suicide until proven otherwise which is just as disturbing from a sociological perspective. (on the bright side, at least as far as we know, we was not involved in HFT) but further to that, this is not the first ABN Amro seniot executve to be found dead. In 2009, Schmittmann’s former CFO was found dead from shotgun wounds:

The former chief financial officer of Dutch bank ABN Amro has been found dead with shotgun wounds near his home in Surrey, the BBC has reported.

Huibert Gerard Boumeester was found dead yesterday, Sunday, with shotgun wounds, one week after being reported missing and “vulnerable”. Reports claim he was found with two shotguns which he had brought from his home, though Thames Valley Police say his death is currently being treated as “unexplained”.

There are suggestions that Boumeester took his own life…

Schmittmann owned 2phase2 (apparently an asset management company) and was a co-founder of 5 Park Lane (what appears to be a private equity / management consultancy) according to his LinkedIn profile:

This brings the sad list of senior financial services exectives who have died in the last few months to 12:

1 – William Broeksmit, 58-year-old former senior executive at Deutsche Bank AG, was found dead in his home after an apparent suicide in South Kensington in central London, on January 26th.

3 – Gabriel Magee, a 39-year-old JP Morgan employee, died after falling from the roof of the JP Morgan European headquarters in London on January 27th.

4 – Mike Dueker, 50-year-old chief economist of a US investment bank was found dead close to the Tacoma Narrows Bridge in Washington State.

5 – Richard Talley, the 57 year old founder of American Title Services in Centennial, Colorado, was found dead earlier this month after apparently shooting himself with a nail gun.

6 – Tim Dickenson, a U.K.-based communications director at Swiss Re AG, also died last month, however the circumstances surrounding his death are still unknown.

7 – Ryan Henry Crane, a 37 year old executive at JP Morgan died in an alleged suicide just a few weeks ago.  No details have been released about his death aside from this small obituary announcement at the Stamford Daily Voice.

11 – Kenneth Bellando, 28, a trader at Levy Capital, formerly investment banking analyst at JPMorgan, jumped to his death from his 6th floor East Side apartment.