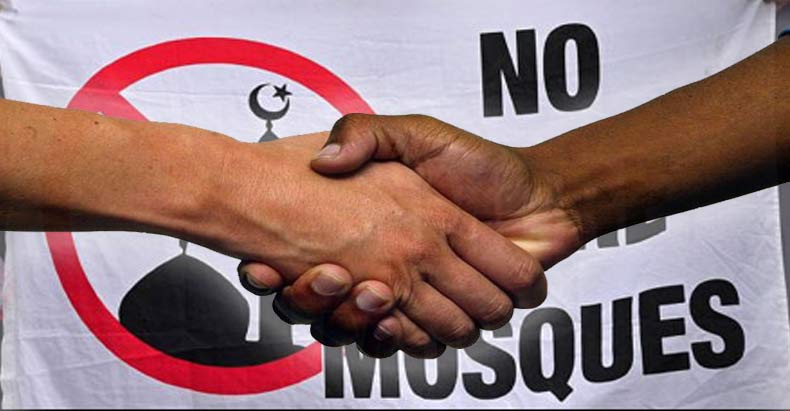 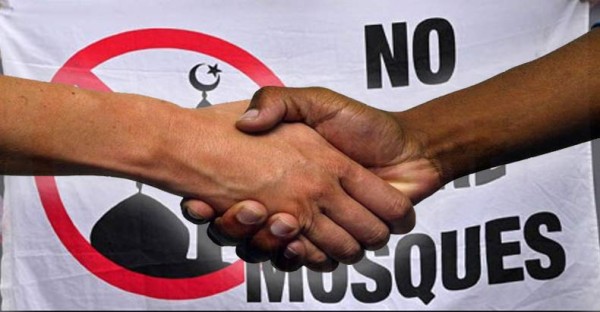 Phoenix, AZ — In the midst of a storm of hate, anger and bigotry, some anti-Islam protesters found understanding, commonality and peace. Their revelations came after being invited into a Phoenix, Arizona mosque by Usama Shami, president of the Islamic center.

The protest outside of a Phoenix mosque made national news, as the organizer of the protest, Jon Ritzheimer, called for protestors to be armed.

Ritzheimer seemed to veil his attack on religious freedom in a cloak of patriotism when he stated, “I would love to see more of these events pop up in other states. I want fellow patriots standing right here next to me. This isn’t about me. Everybody’s been thinking it, I’m just saying it.”

Shami was not shaken by the actions of Ritzhemier.

“This is not new. Hatred, bigotry, racism — that’s old. It’s the same thing,” he said. “No different from Nazis or neo-Nazis. They don’t believe society should be multicultural or multiethnic. They think everyone should believe like them, I guess,” Shami said.

“Ritzheimer began demonstrating after two Phoenix residents carrying assault rifles were killed by police outside a Muhammed cartoon-drawing contest in suburban Dallas earlier this month. In the days following the shooting, Ritzheimer began making and selling the T-shirts. Nearly two weeks ago, he organized a protest at the Islamic Community Center of Phoenix, where a few dozen others joined him.”

Around 250 anti-Muslim demonstrators showed up for the rally, many protesters donned their profanity-laced clothing denouncing Islam and were heavily armed. A counter demonstration of roughly the same size also took place at the mosque, with a line of police separating the two crowds as insults were hurled, but with violence being avoided.