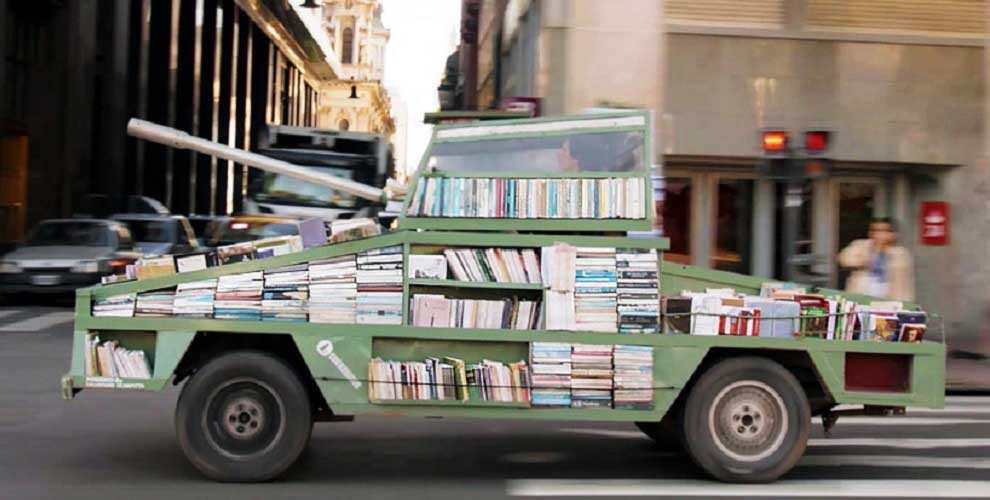 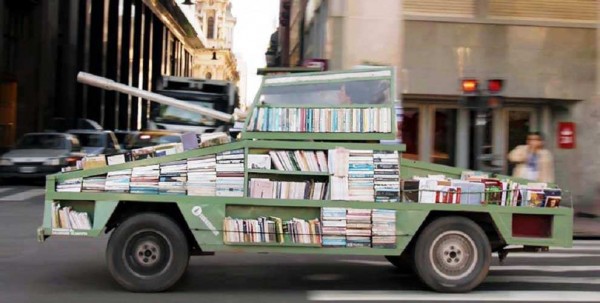 Argentinian artist Raul Lemesoff drives around cities and rural areas in a tank he made himself, using books instead of bullets to liberate people from illiteracy. Called ‘Weapons of Mass Instruction’, Lemesoff’s tank was fashioned out of a 1979 Ford Falcon and filled with 900 books. Basically, it’s a library on wheels – with fake guns!
His collection of literature ranges from fiction to poetry to biographies, and he gives them away for free to anyone interested in having a good read.

This isn’t Lemesoff’s first tank either, he built one a couple of years ago as part of his advocacy to spread peace through literature.

‘My missions are very dangerous’, said Lemesoff. ‘I attack people in a very nice and fun way’.

You can see how he stripped down the 1979 Ford Falcon and turned it into a lean-mean educating machine in the video below.