Bernie Sold Out In Exchange for Private Jet 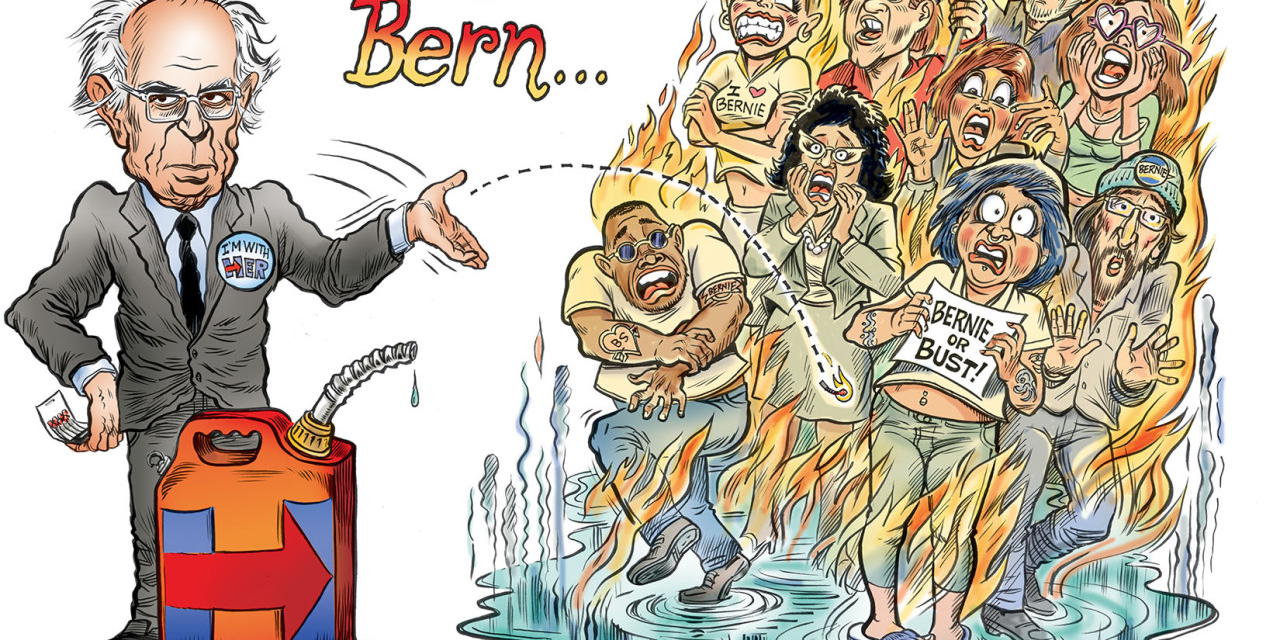 In exchange for a private jet Bernie Sanders and campaign sold out to back Democratic nominee Hillary Clinton.

A new memo entitled “End Game.” Shows the Bernie Sanders campaign in exchange for backing Hillary wanted a private jet “for a series of fall rallies in battleground states to keep up it’s momentum.”

The memo was drafted days before the California primary June 7th. The memo was found in a Los Angeles hotel June 5th where Sanders and his aides stayed at obtained by Buzzfeed.

Also in the memo – “the question of whether to remove chair Debbie Wasserman Schultz.”

Who has since resigned as the DNC chair since the hack by Guccifer 2 and is now involved with Hillary Clinton’s campaign.

This all comes amid revelations that the Democratic Party plotted against Bernie Sanders when they are suppose to stay neutral and showed bias toward Hillary Clinton.

Which Sanders campaign staff responded saying that someone at the DNC had to be held accountable for this violation of ethics.

“We have an electoral process. The DNC, by its charter, is required to be neutral among the candidates. Clearly it was not someone does have to be held accountable.”
~Jeff Weaver, Bernie Sanders Campaign Manager said.

This memo suggest that the Sanders campaign despite telling it’s supporters it was going to fight to the bitter end was already thinking about conceding defeat to Hillary Clinton.
It’s just another piece of the puzzle regarding the abhorrent secret collusion among the DNC and Hillary Clinton’s campaign.

It’s also been revealed that the DNC offered bribes to it’s highest donors promising them With Federal Appointments in the government this is HIGHLY Illegal. Hillary Might not have ended up indicted but Debbie Waserman Shultz and whoever was involved in this.

“The disclosed DNC emails sure look like the potential Clinton Administration has intertwined the appointments to federal government boards and commissions with the political and fund raising operations of the Democratic Party this is unethical and highly illegal.”
~Ken Boehm, the chairman of the National Legal and Policy Center government watchdog group said.

Hillary’s hell has only just started though as we reported last week Hillary may have escaped the FBI and being indicted but judicial watch is still investigating and pushing for an indictment. While Wikileaks is leaking the DNC’s hacked emails and Hillary Clinton’s own emails from her private server expected to be released this week during the Democratic National Convention.

Protest are already over running the streets and the We Are Change crew is LIVE on the ground to bring you the news coming out of the DNC as well as on ground protest. Stay tuned for more on this and more.