Bill Clinton: It Would Be Unusual if Some Foundation Donors Weren’t Seeking State Dept Favors 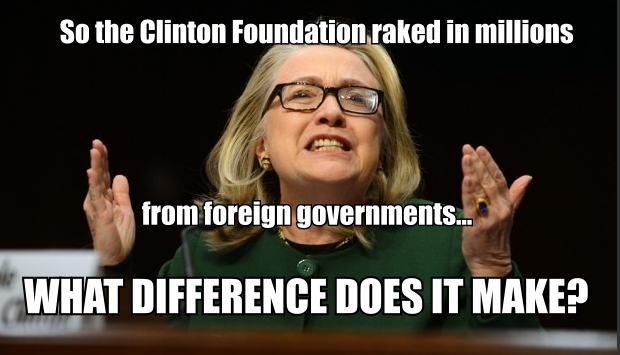 As evidence of conflicts of interest between the Hillary Clinton’s time as Secretary of State and donations to the Clinton Foundation continue to emerge, Bill admitted on Monday that some donors were likely seeking favors. 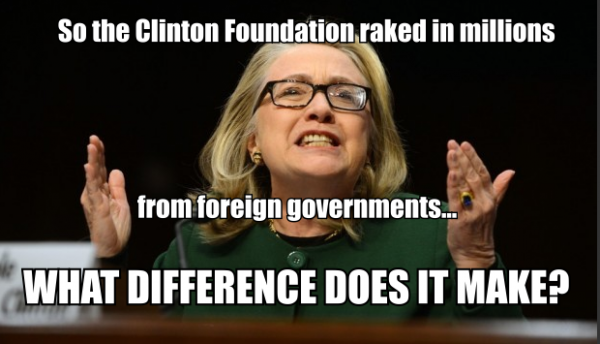 During an interview with National Public Radio on Monday, Bill was asked whether or not he believed that some people may have donated to the foundation to exert political influence in the future.

“Well, since we had 300,000 donors, it would be unusual if nobody did. The names I saw in the paper, none of them surprised me, and all of them could have gotten their own meeting with Hillary… It was natural for people who had been our political allies and personal friends to call and ask for things,” Bill stated.

Clinton, after admitting that it was natural for friends to call in favors, then stated that he trusted the State Department not to do anything that they shouldn’t do.

“And I trusted the State Department wouldn’t do anything they shouldn’t do, from a meeting to a favor. And so it didn’t surprise me that people would call from time to time. And maybe some of them gave money for that reason, but most of them gave it because they liked what we were doing, and because they knew me.”

Only 5.7% of the Clinton Foundation’s 2014 budget actually went to charity, the Daily Caller reported this week, so it remains unclear what they were doing that Clinton’s donors “liked.”

According to the Daily Caller:

“The Clinton Foundation spent a hair under $91.3 million in 2014, the organization’s IRS filings show. But less than $5.2 million of that went to charitable grants.

That number pales in comparison to the $34.8 million the foundation spent on salaries, compensation and employee benefits.

Earlier this week, Donna Shalala, the CEO of the Clinton Foundation admitted on MSNBC that there is “no question” that donors received “courtesy appointments” with Clinton during her tenure at the State Department.

“It speaks volumes that the Clinton Foundation’s CEO would casually admit on national television that its donors received access and ‘courtesy appointments’ at Hillary Clinton’s State Department.  This is emblematic of the corrupt pay-to-play culture Hillary Clinton and those in her orbit bring to the table, where it so pervasive it is actually uncontroversial to those involved,” Jason Miller, Donald Trump’s communications advisor told LifeZette.

The IRS launched an investigation into the seemingly apparent pay-to-play fraud at the foundation in July.