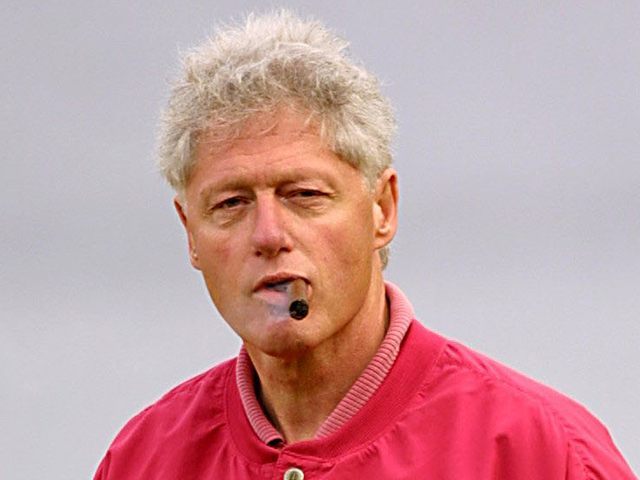 Via John Nolte of Breitbart:

While Bill Cosby is finally doing a long overdue perp walk for an alleged sexual assault some 10 years ago, and I say “long overdue” because dozens of woman claim he did the same to them over the decades, the dozen or so women who claim to be victims of Bill and Hillary Clinton are being victimized once again by a DC Media circling the wagons to protect Hillary, a woman they are desperate to see become president.

—
The DC Media is not just politically motivated. Race also plays a factor. The DC Media see black conservatives as apostates who must be destroyed for daring to escape the Left-Wing Thought Plantation. On top of Bill Cosby, and over far, far lesser allegations, this same media has attempted to destroy two powerful black men: Justice Clarence Thomas and Herman Cain.

Despite a laundry list of extremely disturbing allegations involving everything from rape to groping to harassment to character assassination, the DC Media has not only protected white Democrat Bill Clinton, in a number of cases, the media has joined the campaign to destroy these women.

The double standard is glaring.

The pattern is horrifying.

And according to more than one of these alleged victims, Hillary Clinton is Bill’s enabler and the chief protector of their abuser:

The Clintons’ “systematically abuse women and others – sexually, physically, and psychologically – in their scramble for power and wealth,” says [“The Clintons’ War On Women”] press release.

Hillary Clinton’s core agenda is a quest for power, even while she presents herself as champion of women’s issues, [Roger]Stone says.

“If Hillary intends to build her campaign around an appeal to women, her campaign is built on quicksand,” said Stone. But “Hillary is a life-time abuser of women and her advocacy on women issues rings hollow,” he said.

Nevertheless, Bill Clinton is the man the DC Media wants as America’s very first First Gentleman, and other than Donald Trump, no one in the Republican Party has the stomach to make this the issue it deserves to be.

Kathleen Willey … made a splash in 1998 by claiming in a ’60 Minutes’ interview that Bill Clinton had sexually assaulted her during a Oval Office meeting in 1993.

Now she says Mrs. Clinton, the former secretary of state, has a history of trying to silence the multiple women her husband has slept with, sexually assaulted or sexually harassed since his 1980s Arkansas days.

Self-proclaimed rock-and-roll groupie, who said Mr. Clinton propositioned her in 1984 while she was sunbathing by a Little Rock hotel pool.

Gubernatorial campaign volunteer who said Mr. Clinton raped her during a nursing-home-operators convention in Little Rock in April 1978.

English woman who said Mr. Clinton sexually assaulted her after she met him at a pub near Oxford University where Mr. Clinton was a student in 1969.

Former Washington, D.C., political fund-raiser who said Mr. Clinton invited her to his hotel room during a 1991 campaign trip, pinned her against the wall and put his hand under her dress.

In 1972, a 22-year-old woman told campus police at Yale University that she was sexually assaulted by Clinton, a law student at the college.

In 1974, a female student at the University of Arkansas complained that then-law school instructor Bill Clinton tried to prevent her from leaving his office during a conference. She said he groped her and forced his hand inside her blouse. She complained to her faculty advisor who confronted Clinton, but Clinton claimed the student ”came on” to him.

She had asked to meet him because it would be ‘exciting’ to meet the governor, and she hoped it might lead to promotion. Instead, she said in court, she found herself telling him she was ‘not that kind of girl’.

It was a brief encounter and she alleged that Mr. Clinton took her hand, pulled her towards him, then said: ‘I love your curves.’

She tried to walk away, she said in a deposition, but ‘Mr. Clinton then walked over to the sofa, lowered his trousers and underwear, exposed his penis (which was erect) and told me to “kiss it.”‘ …

Jones delivers her own verdict on Hillary’s bid to become president, saying that her husband’s attitude towards women disqualifies Bill from re-entering the White House – while what she calls Hillary’s ‘lies’ disqualify her from the Oval Office.

‘There is no way that [Hillary] did not know what was going on, that women were being abused and accosted by her husband,’ she says. ‘They have both lied.’

After lying to the American people to keep the Oval Office affair secret, Team Clinton and the DC Media ganged up on this 21-year-old intern to smear her as a crazy stalker.

A blue dress stained with the President’s DNA  immediately shut down that media-enabled horror show.

Clinton was eventually impeached and disbarred for lying under oath about the affair. Under oath, when asked on three different occasions if he had an affair with Lewinsky, Clinton replied:

2. “It’s certainly not the truth. It would not be the truth.”

3. “I have never had sexual relations with Monica Lewinsky. I’ve never had an affair with her.”

Flowers, who had a 12 year affair with Clinton, claims that Hillary Clinton ran a “war room” against her during the 1992  campaign, the goal being to “smear, defame, and harm” her in order to win the presidency.

Hillary trashed Flowers mercilessly as a liar and more in the 1992 interview embedded at the top of this post.

The list above doesn’t include the long list of women who claim to have had extramarital affairs, and in one case, an illegitimate child with Slick Willy.

[O]ne-time Little Rock prostitute who said Mr. Clinton fathered a child by her when he was the governor of Arkansas.

When Democrats and the DC Media and phony sexual assault activists like Lena Dunham insist we believe the victims, it is all a big fat lie.

Nothing, not even women who claim to have been raped, is more important to the Left than Power. These real and alleged victims are seen by the DC Media as sacrifices to a higher cause.
———————————————